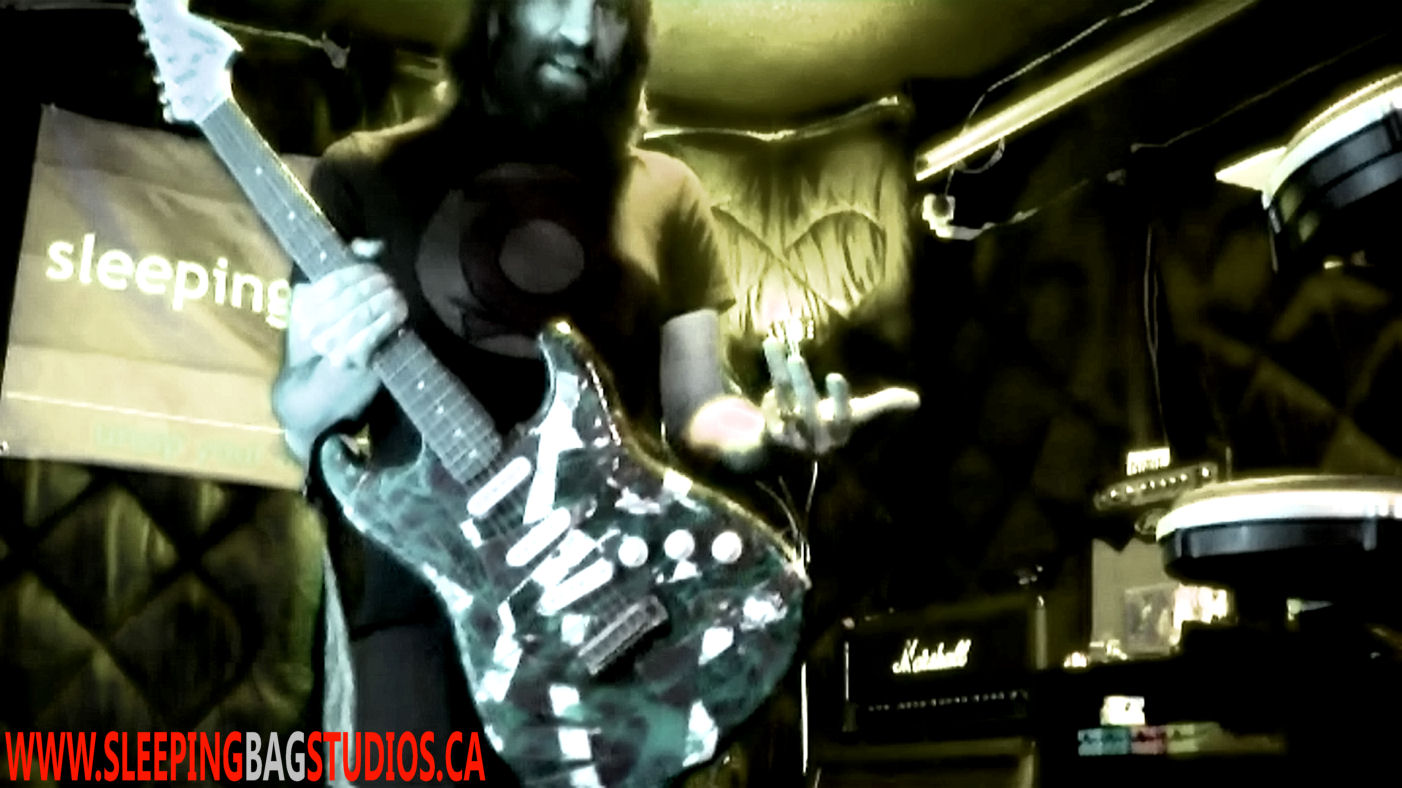 That was one hell of an absence from the official blog wouldn’t you say? November! Jeeeeeeez. That’s honestly too long! So Merry Christmas, Happy New Years and Happy Valentine’s Day – I’m back! LOL…whatever…

Over these past months a lot of time has been spent in self-reflection, especially towards the end of 2013 throughout the holidays. Always an interesting time to be had somewhere in my split-family lineage – this year was no exception. A lot of time was spent thinking about the show as well, getting ready for the big 2014 launch with BLACKOUT LIGHTS and really spending some time on pondering where to take the show next.

I like to think all that thinking paid off! The first two official episodes of SBS Live This Week in 2014 are now completed and both were an extreme success for all concerned. And we’ve heard the feedback – you’re enjoying the show much more in 2014 it seems already, setting a record month here in January at the good old sleepingbagstudios homepage, and smashing our hit count from February last year in only nine days! INCREDIBLE – and thank you!

For what it’s worth – we can see it too. Blackout Lights was a perfect episode to lead off our year – a knowledgeable crew and a whole set of killer songs with some wicked video accompaniment. We’re never trying to play favorites on the inside of a band, but we’ve already talked with Steve about coming back for our first genre panel this year…we’ll get to that in a bit…

How about CLOSER? Did these guys tear it apart or what? I can’t even begin to express just how much fun it was to hang out with those guys, or even how much fun it was to put all those videos together. Tyler is still away at the moment and has yet to see the episodes but the feedback from the rest of the crew has been spectacular. Justifiably so! Those killer performances warranted some handy video work to go along with them and it seems like we were able to pull it off. Absolutely STOKED to hear how this first album for Closer shapes out after hearing these songs as many times as I have – it is going to be IN YOUR FACE.

And speaking of Closer…you DID stay all the way through the credits and thank-yous of this last episode right? Cause if you didn’t…let’s just say you’re missing out on a bit more vintage Closer footage…

WHERE TO NOW BOSS?

So where to now? I’m very proud to say we’re continuing on at full speed in this excellent direction we’ve found ourselves in. The show has certainly hit an excellent stride to begin this year, so for one more episode, we’re going to celebrate in the multiple of three! Third episode, in three parts for the third and final time to lead off this year before we head back to our usual format of two-part shows. Had to be done – the interview is absolutely incredible to watch and I couldn’t cut it down and justify that action against how much work I know was put in on the other side of the screen. That’s right – it’s my favorite project back in action – a video-interview, with a band that just turned TEN years old (Holy shit right?) – SWAMI LUSHBEARD.

After watching the interview in full multiple times and talking back and forth with lead singer Don – I can’t say enough about this amazing group of people. As far as the video-interview project is concerned – this is certainly the vision fully realized. Just astounding the amount of work Swami Lushbeard put into the filming alone, nevermind the absolutely mind-blowing editing they did on their end. As this project allows YOU to be as hands on as you could possibly want, Don and his crew took the ball and ran with it the whole damn distance. Everything you’ll see on screen that features the SL crew was completely shot and edited on their end. You’ll see “interactive” questions! Hell – I might even answer a question or two in this episode!

All in all, I couldn’t be prouder of the way things are going. We’re seeing bands all the time from our site and our show make connections founded on this common bond and putting shows and tours together. The idea was always for sleepingbagstudios to become that hub…that glue that helps hold the indie scene together…there’s still much work to do…but every step of the way has been encouraging enough to take the next. The upcoming Swami Lushbeard episode is another episode I fully recommend that you watch and, well, basically study! THIS is what YOU can do on your end of these video-interviews – they can be this fantastic – it’s all about how much you put into it.

Swami Lushbeard gave it their 100% maximum effort – and every inch of it shows. Subject-wise, we go all over the map and get a real sense of who the people in SL really are; we tackle the light, we tackle the heavy, and every response should find plenty of room in your earholes. Can’t wait for you to see it too! We’re attempting to drop the first of three parts on the upcoming Tuesday, the 18th. Be ready!

Beyond Swami, things look to stay the course of continued awesomeness. We have video-interviews in the works with WARRIORS OF THE INFINITE and NICOLAS & THE ICENI that we know will turn out incredibly. We’ve got live specials planned for AETERNA and THIS DAY BURNS. We have our first genre-panel of our year and agreed-upon participants that make perfect sense; we’ll be talking about GRUNGE. I mentioned earlier in the blog that we have Steve Barmash from Blackout Lights coming by for that – our other two guests scheduled for that episode are EQUALLY incredibly well-versed in this genre…as we get closer to filming that episode we’ll be sure to fill you in on the other two guests…we’re just waiting for someone to get back from their world travels so we can set the date in stone….*hint *hint.

The SBS official page here will see a LOT of action in between now and the end of February, with new album reviews planned for THE HAWTHORNES, MAN MADE LAKE, UTUVIS & more. We stepped into Russia for the very first time as well! We have a written interview with GRENOUER coming out in the next couple days…I know I say it every time but it’s just so freakin awesome to be able to talk to people from so far away!

Ok! Believe it or not – I think that does it for now. Feels good to get the first blog of the year finally up and out there…I’ll do my best to not simply make this a quarterly event.