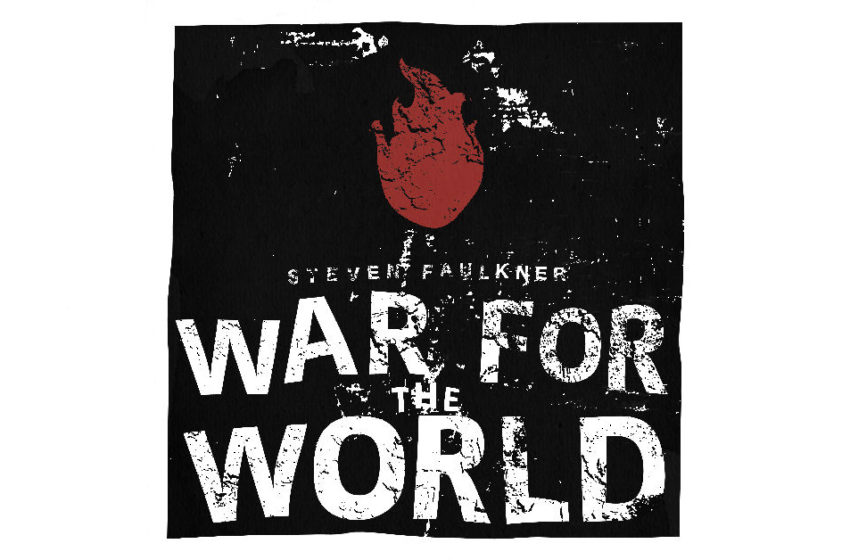 You gotta understand life on my side of the screen sometimes to get the full scope of how things go down.  Not only do we get a lot of music submitted year after year – but chances are, each new record or single comes with a message of some sort, and usually one that indicates how the artist or band behind it feels that it’s the best thing they’ve ever done.  And rightly so!  You SHOULD feel that way about your latest cut…despite the fact that it’s only relatively true about 10% of the time when it comes right down to it.  No one’s gonna wanna hear that your new song isn’t as good as the last one in a short description – that’s the reality…and so, whether it’s completely true, or just hype & hyperbole, these are the kinds of messages I read over here as I’m checking out the latest in the independent music-scene.

As much as I’ve come to understand that ‘the best’ an artist or band has ever done is almost implied with any scenario involving the attitude & communication surrounding a new release of any kind, believe it or not, it’s actually still nice to hear it every time it happens.  No one’s LYING – that’s not where comments like these tend to come from – it’s genuine passion, enthusiasm, and excitement – and I support ALL of those things, 100%.  It’s typically only in hindsight that we end up realizing there were better songs in the past catalog after comparison takes place over time…and until that point, believing that your current work is your best work…I mean…it SHOULD be how you feel every time, in my opinion.

It just so happens Steven Faulkner was on-point in his assessment this time around – “War For The World” isn’t just a timely & relevant tune for the right here & now – it’s also undeniably his best cut.  Or to be perhaps more fair, it’s the best one I’ve personally heard from him – and keep in mind, I wasn’t exactly unhappy with his No Home EP as Jigsaw Man back in 2017 by any stretch of the imagination; I thought that was a great record.  But are the songs on Jigsaw Man‘s No Home EP as strong as what you’ll find in this new single back under his established name as the artist Steven Faulkner?  Objectively…no!  There might be the odd cut on that record that’ll suit a certain moment in time in your life better, or a track that catches your attention through your own personal taste like they often do mine – but when it comes to the audible connection between the artist & the material, the music & the words…”War For The World” aims at being much more important than mere entertainment – and it greatly succeeds.

In many ways, with the observant & insightful perspective flowing throughout to lo-fi atmosphere of “War For The World” and its slight Pop/Psychedelic twinge, you could make comparisons to what Steven’s created here to early Pink Floyd records and you’d hear no arguments from me in return.  What Faulkner is doing here is more bold & direct with its overall messages – but in terms of the colorful combination of sound and creativity to be found in the idea as a whole, the comparison is definitely justifiable.  The advantage probably goes to Steven however, if I’m being honest – us music-heads tend to dig on those early PF records, but the artistic scope & scale of’em made it harder for the masses to enjoy or get their heads around – “War For The World” has the direct opposite effect in that respect.  Immediately displaying a fantastically enticing & eerie vibe with the guitar & his mix on the vocals, “War For The World” instantly sounds like the cautionary tale it IS…and your ears tell you that you need to pay close attention, because it feels like there is something bigger to come at us from the moment it begins.

Like, LISTEN to that first verse come to a close and the spectacular sound of the instrumentation to follow will ya?  Steven’s latched onto a vibe that will verifiably cling to your bones and haunt your mind.  As it should – lyrically, he’s crushed this song with a ton of lines that detail the eeriness & threatening aspects of the world we now find ourselves in…the ‘new normal,’ as they say.  As he sings words like “Gonna have to let go of the life and the things we crave” – you know EXACTLY what he’s referring to, because we’re all livin’ in that horrifying reality right along with him.  Like I’ve mentioned a few times folks, the Covid-collection of isolation-inspired tunes, they are a-comin’ rest assured.  I’d put Steven just slightly ahead of the curve here in having this single out so soon…but believe me when I say, we’ll be seeing the impacts of our isolation/the effects of the pandemic showing up in art & music for many, many years to come.  That being said, “War For The World” is also as all-encompassing as it should be – it’s more environmentally based than anything; you’ll hear references to climate, economic, political & social issues, and how the weight of everything stacking up & combined affects Steven personally, which you’ll likely relate to.  He’s singing his truth here…and if you were to ask me, I’d tell ya he’s doing it with startling accuracy & in the most direct, straightforward, and blunt way that these things need to be said.

Lyrically, it’s award-worthy.  Vocally & musically, I think he’s displaying some of his indisputable best & locked right into a fantastic vibe that definitely shows the work he’s put in between the last time I’ve heard music from Faulkner in his Jigsaw Man days and now, in his solo return under his own name.  Additions like the piano and the harmonies you’ll find on “War For The World” are absolutely essential contributions to the strength of this cut.  Production-wise…I might be a bit more split, but it really does depend on what Steven’s looking to create and his intentions there.  In my opinion, there’s still a bigness to be discovered as this song shifts from verse to chorus and embraces the full potential & power of that moment.  Faulkner’s been a lo-fi guy from the time I’ve known him, and with the low-end a bit on the thin-side where you’d expect that punch to be at its most vibrant…I suspect his approach still tends to echo the music he likes to listen to himself.  Adding in a lil’ more beef into that transition could potentially enhance the overall dynamics of the structure a couple degrees, but make no mistake, as it stands presented now, the raw-power of Steven hitting this song’s peak, even in a more treble-laden & crispy mix, gives you plenty of reason to listen.  And keep in mind, this is really only the chorus itself I’m talking about, and the transition into it…just to give ol’ Steven something to keep in mind for the future in terms of creating that separation and impact that gets each part of the song properly noticed by the people out there.  Because other than that TINY tweak, small recommendation, miniscule advisement I’ve got for him…I wouldn’t even be remotely tempted to change anything else if I was to actually end up changing anything at all.  Like I said, it’s all about intentions…if it’s a completely lo-fi atmosphere he’s seeking out, then right on…volume-wise/mix-wise you’d have no issues turning this up to the max…but I felt like it could stand a bit more rumble in its tummy to shake the walls as it should at full strength.  You can hear that it’s happening as Steven throws the switch and cranks up the heat…I suspect that’s also a spot where people will want to feel the full weight of the music come surging in to back up the words with the same conviction, strength, and power that the lyrics project.  Songwriting-wise, and all-around execution, despite my tiny observations, is better than I’ve ever heard it from Steven Faulkner in any of his projects…he’s dialed-in to something important, and you can hear him sing these words he’s written with a perfect demeanor & tone that’ll tip you once again towards the fact that this isn’t merely another ‘song.’  This is a warning, a message, a plea…a documentation of the time we are in – a genuine “War For The World,” and a battle for the one we truly want to live in & share, together.  It’s not going to be an easy win…but if we listen to each other…if we learn to understand the perspectives, thoughts, and reasoning that artists like Steven are putting forth in songs like “War For The World” – it’s not impossible.  We are in the fight between the good and evils of this world, right here, right now…but we are not without hope.  Songs like this authentically illuminate what’s important – pay close attention.

“War For The World” is officially being released on July 27th this year.  Until then, make sure to keep yourself occupied by finding out more about Steven Faulkner at his official website here:  www.stevenfaulknermusic.co.uk