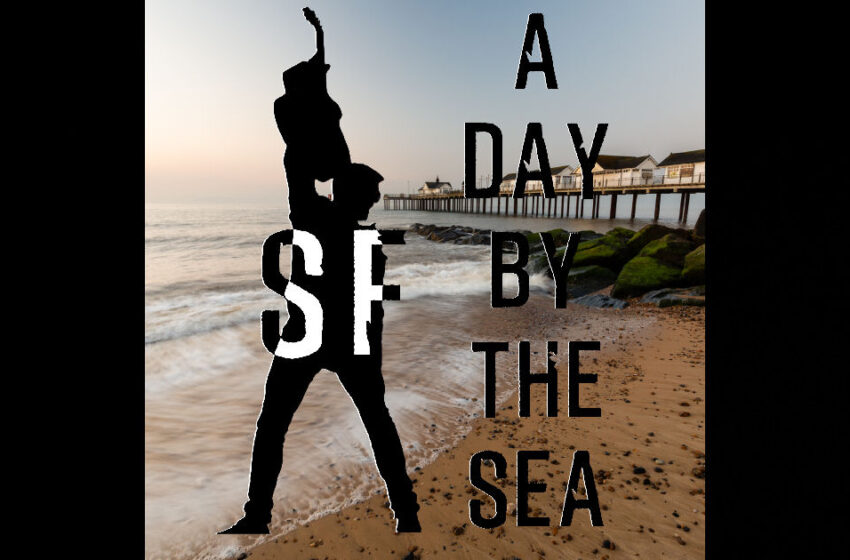 What an exceptional year this guy’s been having eh?  There’s not a doubt in my mind that this year has been the most groundbreaking entry into his career to-date, and we’ve heard massive highlights from this guy through our speakers all throughout 2021 without question.  A couple decent tunes in the mix as well – but really, that’s about the most of a concession I’ve had to make when it comes to Faulkner’s music this year – singles like “Time After Time” and “Enjoy The Ride” might not have made as big of a splash with me, but tracks like “Only At The Start” and “Call Home” both revealed an artist that was in the process of leveling-up big-time.  And now I’m sitting here, trying to figure out whether or not “A Day By The Sea” OR “A Night By The Sea” is my new favorite Steven Faulkner tune.  Nice year you’re havin’ there mate!  Truly…it’s like this dude has slipped right into the zone, where he could fall out of bed and land onto a song, or throw a random stone and somehow hit one right out of thin air – some of you have been to this amazing creative place before in your lives, and you know the feeling that comes along with it…it’s like you’re invincible, and in many ways, you are.  Steven’s gone so far beyond expectations all throughout the course of 2021 that words would never do his evolution & efforts as an artist the justice he genuinely deserves…suffice it to say, it’s been an honor, pleasure, and privilege to witness it happen.

This is definitely a mark your calendars situation folks – you do not wanna miss out on this split-single.  Arriving online this October 22nd, you’ll find the new Steven Faulkner cuts “A Day By The Sea” and “A Night By The Sea” officially become available on the ol’ internet – and honestly, it’s an event pretty much worth staying awake for, or setting your freakin’ alarm clock to go off so you can pick up a copy first thing in the morning, or stream it right away upon release.  Ever the master of what the real balance between Alt-Rock & Alt-Pop is all about – I couldn’t get enough of this cut in either of its two forms, which is really what you’re looking at here…you’ve got the acoustic by day, electric by night, but yes indeed, technically the same song.  Vastly different versions of it when it comes to the end results and sound…we’re talking about a very acoustic version and intensely electric one – aside from these tunes actually BEING the same song, you’d be talking about apples & oranges otherwise.  Is he milking an incredible hook for absolutely all it’s worth by having two variations of this song, and both coming out on the same day this October?  Why YES…yes he is…and so he freakin’ SHOULD BE y’all – if you’re lucky enough in this lifetime to create a song with 1/10th of the addictive qualities you’ll find in the main hooks of this new Faulkner single, please go on to make ten versions of it and feel free to celebrate it.  But I ain’t gonna lie to ya either – you probably won’t – because the truth is, not many of us are Steven Faulkner.  In fact, there’s really only one that I know…and he’s proving there might never need to be another!  He’s the only Steven Faulkner I’m ever gonna need in this lifetime.  Be my valentine Steven!  No joke though – the main hooks of the chorus, where he sings “I have all the best intentions though I sometimes get it wrong” – like…there just ain’t nothin’ better than how you’ll hear him NAIL THIS part.

You will rarely, if ever, hear such an addictive & express moment in a song…that’s what I’m tellin’ ya.

So then…all we’ve got left to do here is hash out the nitty gritty and split a few hairs from here, right?  Because you can’t lose when it comes to this song in either form, that much I can bloody well promise ya.  If you are forcing me to reveal WHICH version I personally like better…which clearly no one is but okay I’ll do it anyway…I’m probably gonna have to side with the acoustic version this time around.  You have no idea what kind of Sophie’s Choice I just made there y’all…it’s THAT tough to decide, but decidedly less serious of a situation, at least to most of you I suppose.  To me, music is life…so perhaps it’s closer to the analogy for me personally…but I’ll leave it alone and assume you get the point – both of these versions CRUSH IT, and one out of these two versions is quite likely gonna be your brand-new favorite Steven Faulkner tune.  No judgments here – if you dig the savage crunch & Alt-Rock energy that you get in “A Night By The Sea” then all the more power to ya – turn it UP!  If you dig the more humble but melodic vibes that flow through the acoustic version, good on ya – turn it UP the very same!  And if you like BOTH of these tunes as much as I do, then congratulations on having sensational taste in music!

I suppose for me, the acoustic version gives this cut a more rubbery vibe and playful feel to the whole sound…and it’s massively effective…like this is audible energy you just wanna absorb through every pore you’ve got.  He’s done really brilliant things with the backing vocals on “A Day By The Sea,” and I’d definitely point to many of his harmonies being the best I’ve ever heard in his catalog too – but it’s gonna be his lead vocals on this cut that probably have you realizing just how charming & captivating Steven is capable of being when he’s reached his maximum potential like he has here on this split-single.  With the added presence of the big drum beat sounding more than ready to start kickin’ out the jams on “A Night By The Sea” and the straight-up jaw dropping work he’s put into the thickness of the bass-lines and use of harmonics with his guitar along the way…there’s no doubt that you get that rock-solid burst of energy you’ll wanna hear if you’re feelin’ in that electric mood instead.  You see?  Not only is he an extraordinarily capable & gifted musician – he’s THOUGHTFUL.  He takes care of YOUR needs, maybe even before his own!  Steven’s such a nice guy that he made sure he’s got an irresistible single here served up two ways, so that none of us escape without hearing something we’ll love and want to repeat forever and ever and ever – ain’t he the greatest?  With two more months to go in this year – it is very hard to say he’s gonna be able to outdo what he’s accomplished here on “A Day By The Sea” / “A Night By The Sea” – but I’m done thinking that’s impossible too.  I thought I had already hit what was going to be the Steven Faulkner highlight of 2021 when he put out “Call Home” – and don’t get me wrong, that’s STILL an incredible song in its own right…but THIS…I mean…it’s just such an exquisite combination of the pure radiant inspiration & magic of melody & music in action to the nth degree – I loved this!  Acoustic, electric…heck, I’d take an a cappella version or an 8-bit variation if he wanted to supply one.  There’s nothing about “A Day By The Sea” or “A Night By The Sea” that’s not to love – it’s Faulkner at his finest yet again here, sounding so perfectly into it all, and absolutely thriving in his element with joy, 100%.

Find out more about Steven Faulkner from his official pages below!

Pre-save “A Day By The Sea” / “A Night By The Sea” here:  https://linktr.ee/stevenfaulkner 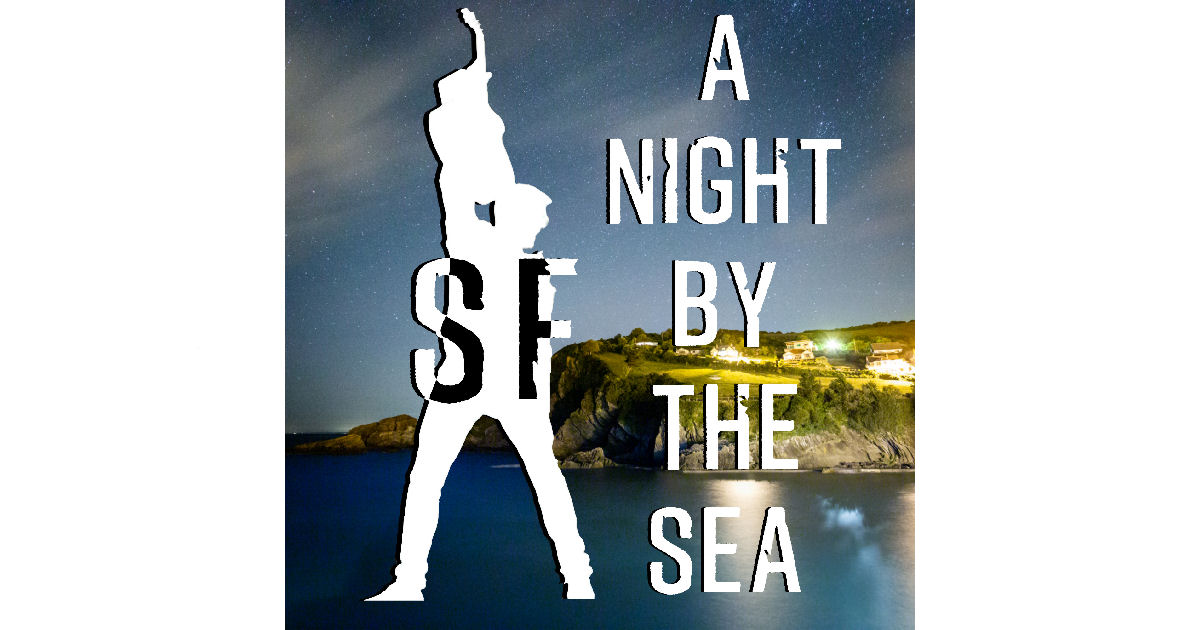 Tags: A Day By The Sea A Night By The Sea Singles sleepingbagstudios Steven Faulkner