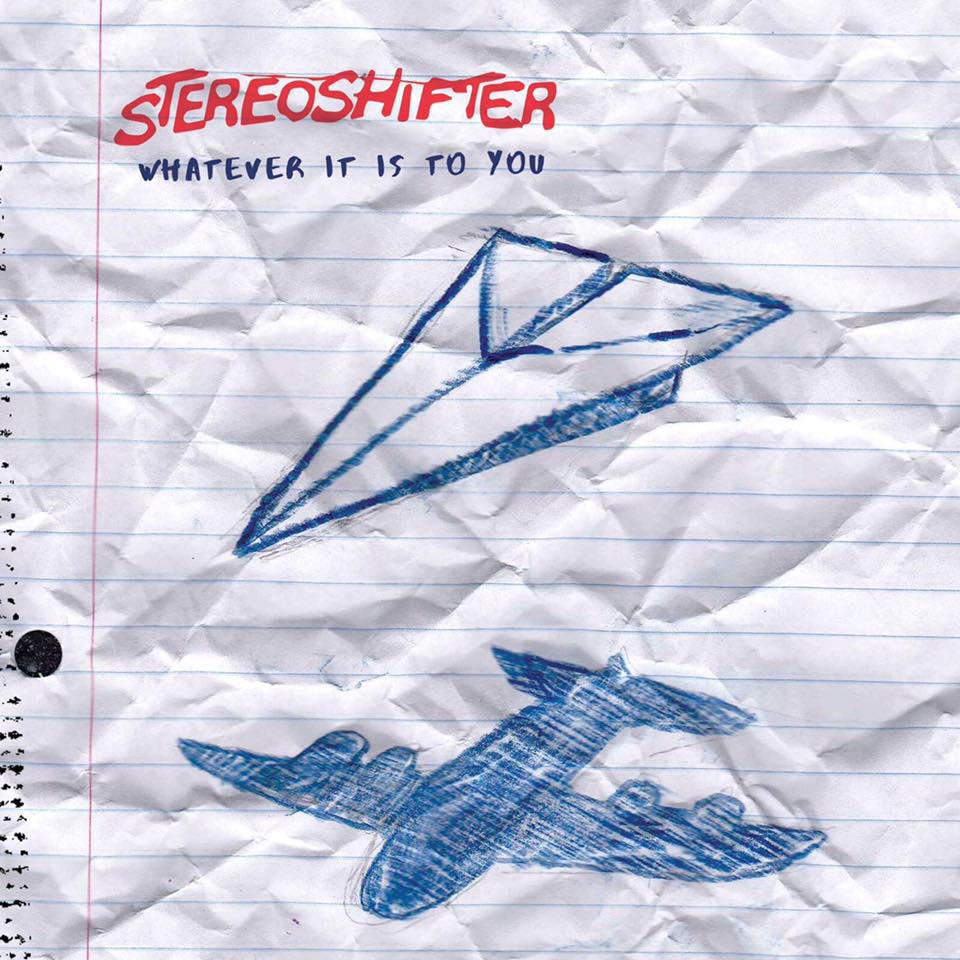 Stereoshifter – Whatever It Is To You – EP Review

We’ve had the chance to experience all-sides to the grunge sound over these past years reviewing music at sleepingbagstudios…from the sloppy fuck-you attitude in The Vanilla Milkshakes to the soul-stealing, tortured screams and meaty riffs from The Pit, to the next-phase of grunge & where it was eventually heading through the sounds of bands like Melonvine and Stereoshifter.  Read up on your history people…even Kurt himself was always looking for a shift towards a more pop-influenced sound…one might argue very similar to the sound/style that the Foo Fighters would go on to be famous for.  There’s something magical about songs that makes YOU want to pick up instruments for yourself & that you can sing along to as well…an empowering feeling where the music seems to flow right through you.

Stereoshifter does a great job of filling that post-grunge space and creating sounds in rock that aren’t pretentious or overdone.  I was impressed by the thrashing style of their music on their Dumb Luck EP – they’re just two pieces strong but they sure as hell manage to make a serious amount of noise, they roar with confidence and they write really strong tunes.  As new as the band still is into their career, they’ve come out sounding great right from the drop of their first tunes in both production & performance and really scratched the itch that grunge-music fans have had constantly for some time now.  There’s plenty of room for a sound like Stereoshifter has in our world today…that’s definitely a good thing; highly electric & highly entertaining – they’re already back at the end of August with a brand new EP called Whatever It Is To You.

Singer Josh Cal absolutely CRUSHES the opening track “It’s Not You, It’s Me” – that’s the kind of mix of confusion & frustration in the lyrics/vocals and power & confidence in the music that immediately grabs the attention and pulls you in to listen.  The progression of this tune is freakin’ GOLD…everything about this track’s energy will win you over quickly.  Especially if you dig that dance-freakout-aspect of grunge’s golden-era, then you’ll definitely be into this as much as I certainly was.  I think “It’s Not You, It’s Me” is one of the most entertaining tracks that Stereoshifter has put out so far…this beast seriously commands the attention of the ears.  Sounding wild, untamed, kicking and screaming, Josh rocks the mic and guitars of the EP’s first cut while Peter Higgins keeps the song pounding furiously with the perfect beats required to really drive this mother forward.  I’m always the first to admit how much of a sucker for melody I am…and really, both the verse and chorus of “It’s Not You, It’s Me” have TONS of it…but that breakdown just past the two-minute mark?  PURE GOLD.  For just a brief moment, Stereoshifter sweetens the entire song right up & you can’t help but take notice of the switch…that’s a brilliant moment in this first impression of their second EP.  Wicked push-pull to the sound and rise/fall of power in the sway of the verse, solid grip of energy in the chorus…I gotta say, I’m a pretty big fan of this first cut and really stoked to hear Stereoshifter coming back with such an authentically confident and impressively large sound to start this new experience with their music.  “It’s Not You, It’s Me” hit the mark as far as I’m concerned – that’s a fantastic start to Whatever It Is To You.

I read in the official press release for Whatever It Is To You and can see from their social media that the middle tune “Catch Fire” is the lead-single for this EP…I’ll say this – I really don’t think they’d be hurt by any choice they could make from their new selection of three songs.  They all have strong hooks and multiple reasons to dig them…”Catch Fire” maybe with some of the most accessible of the bunch.  Think somewhere along the lines of Social Distortion or The Replacements for the guitar/vocals rhythms and a more Dinosaur Jr. influence on the tone of the guitars themselves and you’ll get something close to the sound of this track.  They grip & rip through the melody and main chorus hook with its massive sing-along inducing lyrics/title-chant.  In the end, I think compared to “It’s Not You, It’s Me” and the EP’s final cut “Spoon Fed,” that they’ve made the right call in putting out “Catch Fire” as the lead-single with its more universally appealing hooks.  I get it, I get it…”It’s Not You, It’s Me,” might be a bit more to digest or a bit more in-your-face, while “Spoon Fed” has more of a brooding sound than the bright distorted guitars and catchy chorus hooks of “Catch Fire.”  That’s certainly one thing that Stereoshifter REALLY has going for them that should never be glossed-over – this band has their tones on-point at ALL times.  I’m a huge fan of the sound of the guitars and drums they end up with on their recordings and think that they’ve probably done a great job of bringing their live sound into the studio…which is really what 99% of the bands & artists out there always want…that live sound on a record.

That being said…maybe it’s the grunger in me that always wants to rebel against ‘the hits’ – but I personally found just as much or more to be excited about in the surrounding two songs on both sides of “Catch Fire.”  That’s a bias that’s been in me for a long, long time and my beard’s too old & gray to change much about that now – but it’s a good, solid tune and I certainly dig it…I think the impact of the twists, turns and transitions of “It’s Not You, It’s Me” managed to satisfy the craving for creativity a bit more, but I think “Catch Fire” gives the people out there something to really turn up this summer and purely enjoy for its uplifting energy.

Whatever It Is To You wraps up with the heavier atmosphere, sound, mood & themes of “Spoon Fed.”  Felt like Stereoshifter really got the layout of this EP right…I think they make a bold first impression with “It’s Not You, It’s Me,” a solid statement at the end with “Spoon Fed” – and cleverly, they’ve sandwiched the hit in between with “Catch Fire.”  Of the three tunes, “Spoon Fed” probably takes the biggest departure into the darker-side of their sound…almost like a mix of or perfect middle ground between Placebo & Three Days Grace.  There are sharper teeth in the attitude and bite of this final cut…you can hear the added menace in Cal’s vocals here get grittier to match the atmosphere of the music.  Cutting into a more psychedelic-style of grunge at times like Dandelion, Stereoshifter puts an exclamation point on the ending of this EP with inspired performances from both Cal and Higgins amping-up the energy in the final moments.  Josh puts in a giant noteworthy moment right around the three-minute mark that really shows his precision and power at the same time – and Higgins lets himself right loose by the end through the pounding hits that finish off the new EP with authority.  Lyrically, this song might have you questioning its placement at the end, or at least coming right after their lead-single “Catch Fire” when “Spoon Fed” is from what I can hear, more or less a gigantic FU to any rock music that resembles accessible at all through the words…an interesting and somewhat ironic but powerful final twist at the end of the writing of Whatever It Is To You.  Nothing I’d change on this new EP – Stereoshifter is in full control of their sound, style, writing and destiny ultimately…they’ve got great music already on their side and certainly know what they’re doing – now it’s just about getting the people to catch on.

Tags: EP sleepingbagstudios Stereoshifter Whatever It Is To You