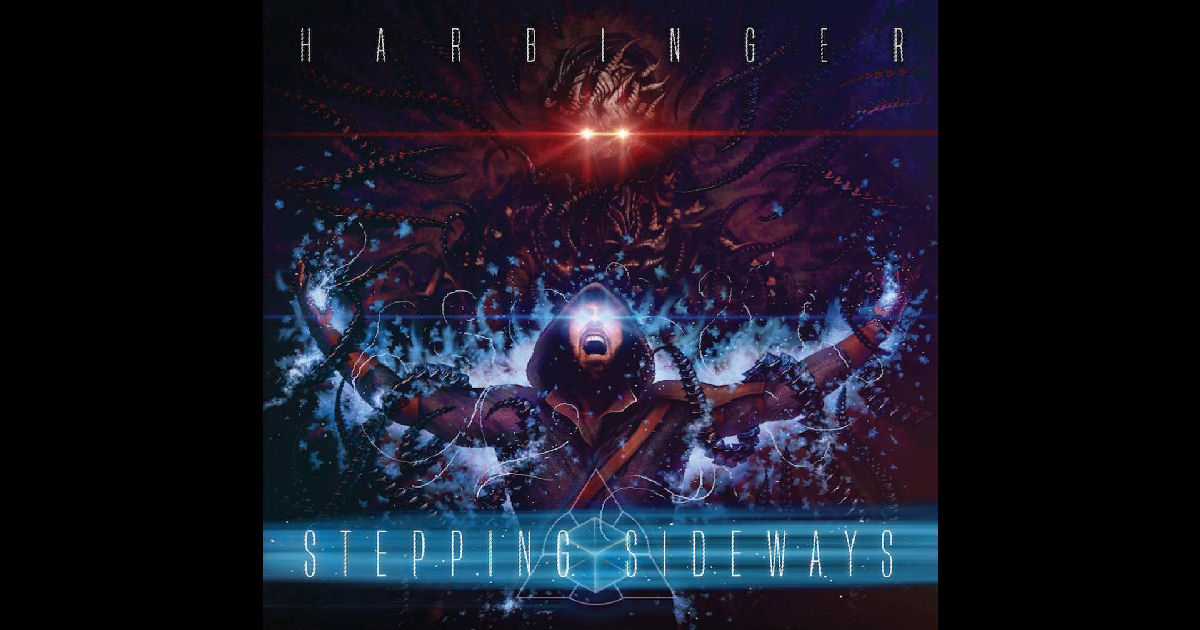 Right on – this gets beefy.

In those initial seconds of my first experience listening to “Destined To Fall,” for just a brief moment there, I thought I might be in for just another hard-rock/metal song.  No knock on Stepping Sideways – every song’s gotta start somewhere and I dig the guitar that starts this cut out, the atmosphere that creeps into the ambience of the entire vibe through subtle background sounds, and singer Khader Alherimi was immediately like, ridiculously spot-on with his tone…remarkably professional really.  As their new single unfolds, it’s those first couple twists that you might see coming at ya – but from there on, this five-piece out of New Orleans will definitely have you guessing as to which direction they’ll head in next.  Quickly revealing their progressive side – Stepping Sideways straddles both worlds impressively – they’re able to make continuously badass rock/metal that have hooks raging sharp & strong from part to part, but they’re also combining an intense amount of musicianship, skill, and density to the structure of “Destined To Fall” that will satisfy those looking for a little more out of the genres of extreme sound.

They ease into this cut with the ethereal beginning, allowing the sound to build around Khader as he starts to tear the mic a new one with the venom in his vocals.  His control is off-the-charts good – the parts he sings are massively demanding, requiring him to belt out massive notes, snarl & growl, and let loose huge moments that contribute importantly to the melody we hear.  You’re not gonna hear a single solitary second where Khader – or anyone else in this impeccably tight band for that matter – is out of place…and again, when you consider the complexity in the instrumentation & structure, “Destined To Fall” is seriously nothing less than impressive at all times.  The guitars from Joey Vasatka & Josh Talazac riff heavy and stoke the fire of this new single – and in those moments like the beginning, or how the band switches back to the atmospherically-inclined ending, they shine in their most chill moments as well.  The rhythm section, aka, the ENGINE of this band?  C’mon people – AMAZING stuff here and truly one of the first things I noticed.  I heard the kickass bass-lines from Matt Ikner fueling the low-end and the wicked presence they have in this song, and then on those first couple times around spinning this track, it was almost impossible to take my ears off the relentless thunder and heat coming from the drum throne courtesy of Ross Donewar…who…pretty much deserves an award for this performance.

There’s really nothing about “Destined To Fall” that doesn’t highlight the fact that this band is as ready as ready can be for that next-level.  Due to the complexity of their writing-style, they’ll have a tougher climb than some – but when they make it to the peak they’re looking to reach, they’re gonna LIVE there.  What makes the music of Stepping Sideways seriously noteworthy is the fact that, no, they’re not writing verse/chorus/verse songs here…but from a listener’s perspective, each part is so strong in the execution and hooks that it almost feels like it has the comfort of that familiar pattern.  It’s hard to explain in words, but essentially what I’m saying is, yes it’s progressive in almost every way – but as listeners, you don’t get that same level of tiredness from trying to absorb a bunch of pretentious bullshit when listening to “Destined To Fall” – you get quality stuff coming at you at all times that your ears will readily absorb.  Accessible in ways you wouldn’t expect – I suppose that’s what I’m saying.

I don’t know exactly what planet these players came from…but the facts speak for themselves – they are really damn amazing for a band that’s only been around since last year.  “Destined To Fall” has a meaty structure you can chew on, complexity that you can appreciate, hooks that’ll command your attention, and writing that lasts…all of which is executed by a band that sounds like they’ve been around for decades, not only a year or so.  The skill runs as deep as the ideas do – and from what it sounds like here on this single from their Harbinger EP – this is a band with a lot to offer the rock/metal/progressive scenes with gigantic crossover potential.  Stepping Sideways is in a solid position to go the distance already this early on in their career…I can’t even imagine what the future may hold for this band.

Find out more about Stepping Sideways from their official page at:  https://www.steppingsidewaysband.com/