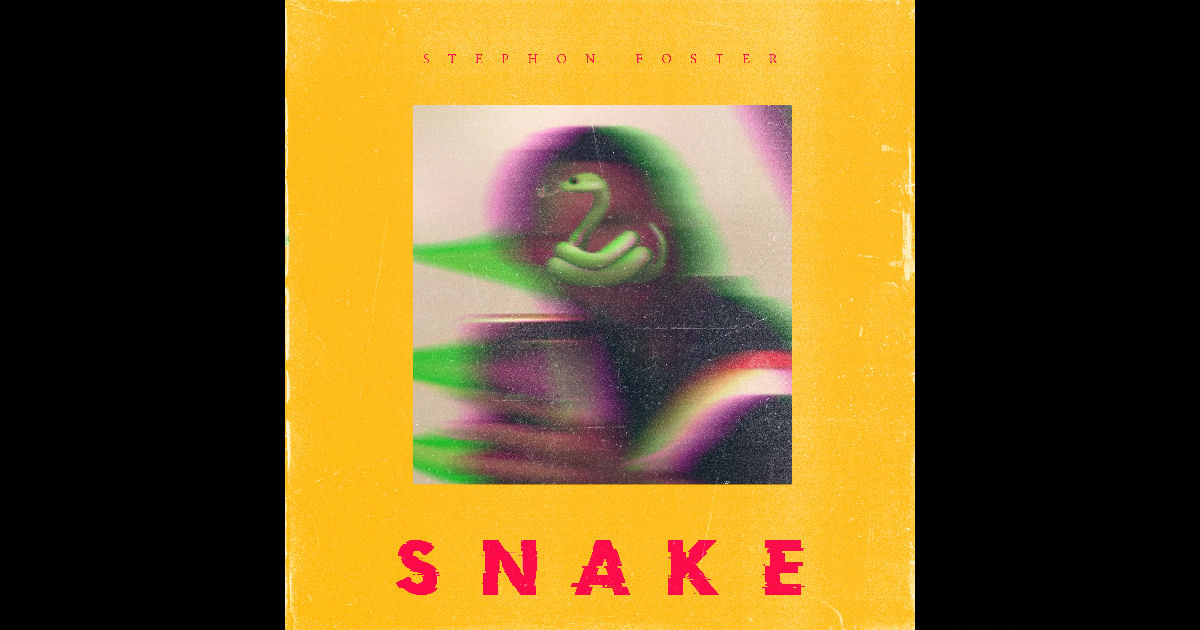 What I can definitely tell ya about this new single…is not to cross Stephon Foster!  Not 100% sure if she’s having a full-on Swift or Morissette moment here…but if you’re out there and you’re listening to “SNAKE” and you’ve done Stephon wrong at some point…you just never know, this might be about YOU!

Alright…so…down to brass taxes here.  If you just tuned into the latest episode of the SBS Podcast, you just had a chance to listen to Stephon’s brand-new single “SNAKE” from her upcoming as-yet-untitled new record coming out this year.  Not only did you hear her latest cut – but you can hear she’s on the right path with this latest single and that she’s found a gear that really works for her on this new jam.  And that’s a GREAT thing!  She confused the hell outta me last time around with “Boy, I Quit” in mid-February…so I ain’t gonna lie to ya, hearing Stephon come back strongly on this cut was kind of an important deal this time around.  If you remember the whole story from the last review or had the details refreshed for ya on the podcast today – Foster’s had to change-up a whole lotta stuff behind the scenes in a sincere effort to make sure the music that’s coming out, truly represents the artist she is.  It’s been an adventure for her that has seen people come & go in their early stages of her career – but that’s the most pivotal point to really stand up for what you believe in…and believe me, if you can pull it off at that time, when the carrot of success is being dangled in front of ya…you’re on your way to great things.

And so, Stephon did all that & more.  “SNAKE” after “SNAKE” – she showed’em all the door and got down to business creating the music she truly wanted to make all along.  The first lead-single might have revealed her finding her way a bit again…but we knew it wouldn’t be long before she found that spot where she was comfortable and could really start moving forward…and here we are, by track two, she’s already confidently doing just that.  “SNAKE” is a solid step in the right direction, not just the sound of the song, her ideas, and vocals – but also on a lyrical one; she’s got guts to call people out like she is on this single and that mix of courage, confidence, and charisma suits her extremely well.  More or less, essentially it’s through writing tracks like “SNAKE” that allow artists like Stephon Foster & many others out there to put an issue to bed once & for all, brush their shoulders off, and break through to the next level once again with the material to come, when their mind-space ain’t occupied by a hater or “SNAKE.”  You feel me?  So don’t get me wrong…you play it right like Stephon has, you end up turning a lil’ bit of tragedy into triumph and you’ve got something killer to turn up while you get some closure in the process, by droppin’ the mic on a “SNAKE” like she does on her latest single.  The key is, to never let any “SNAKE” dominate your mind & music so hard that it becomes a defining attribute of what YOU create – and that’s a tough thing to do.  Album-sales wise, I mean, I can’t even make an argument to support any of my theories here at all…again, just ask Swift or Morissette how they did when they wrote songs about the people that wronged them in life & love and I’m sure they’d just smile at ya in return.  There’s definitely a way to get revenge on a “SNAKE” through music…sometimes it’ll stack that paper real nice.

Not that whether or not any single brings in the dollars equates to its success or an artist’s/band’s success either…that’s measure on several levels of course.  If you’re familiar with Stephon’s catalog so far, then I don’t think there can be any doubt about the fact that she’s raised all the stakes & standards for herself on “SNAKE” and delivered one of her best to-date – we can all agree on that right?  There’s still a bit of room to sharpen her flow…you can hear her combat the sheer amount of words in the opening verse, but she handles it…I felt like she conquered the speed issue quickly, rolling through a whole bunch of lyrics in the first moments she’s on the mic, then adding a bit more space to let the words come through as the song played on.  “SNAKE” is a short cut after all, I mean, she’s just topped the two-minute mark here, so it’s of course important to get this track movin’ right from moment one – and she definitely does that, summoning more strength bar after bar.  As I mentioned on the latest episode of the SBS Podcast when we spun “SNAKE” earlier this morning – what I really dig, is that, you can clearly hear she’s made improvements in her lead vocals – BUT – LISTEN to how much rad stuff is happening in the backing vocals and surrounding her as well.  I felt like that was where some of the real magic of this new single could be found…definitely where you’ll find some of the most charisma & personality – what Stephon’s doing outside of the lead-vocals is actually seriously interesting and could be a totally unique gateway for her into the music-scene.  I wouldn’t say that these moves take away from the hooks of “SNAKE” – I still think those come through just fine – but these added bursts of background vocals give this single several different layers of depth & entertainment to be enjoyed.  And I get it, I get it – Rap/Hip-Hop is infamous for its background hype, hoots, hollers, and shouts – I get it – but listen to “SNAKE” and the clever way Stephon’s approached it, how much personality these moments give the song, and ultimately, how much identity that could potentially establish.  I would think it’s always gonna be the verse/chorus that an artist/band out there would want to stand out most – and what Stephon’s doing on “SNAKE” certainly does in its own right – all I’m saying is…that if everyone else out there is focused on making the same moments of a song stand out, then maybe an approach like what Foster’s got going on in the background here of “SNAKE” could be that next level.

Entertaining, no doubt though…like I said at the beginning, it’s great to hear Stephon back on track with “SNAKE” and ready to surge forward once again in 2019.  She’s got a modern-day R&B/Rap/Club vibe goin’ on that’ll catch the people’s attention with this new single of hers and a relatable theme that all too many of us out there can probably connect with…we’ve all met a “SNAKE” or two in our lifetimes – but not every one of us shows the courage required to silence them once & for all like Stephon does.