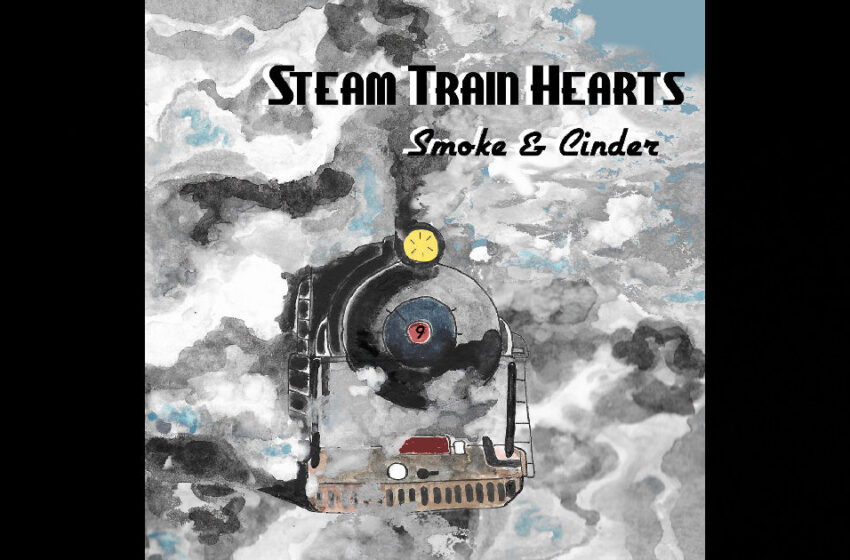 “A nod to obscurity is a prerequisite for any Dietz project of course.”  Fair enough & cheers to that!

I’ve got a foot on the platform ready to climb onboard with Steam Train Hearts…but I’m also being cautious in taking that next step.  Ultimately I ain’t opposed to what I’m hearing…I ain’t gonna lie to ya either though – I was never really 100% sure about how I felt about this cut.  Performance-wise, they’re on point…it’s really just gonna come down to personal preference here when it comes right down to it.

Where I had the harder time was in the verses of this cut…again, not taking points away for anything technical here, just not nearly as much my jam as the rest of everything around it was is all.  Because if I’m bein’ real with ya – the chorus of this track and the surrounding instrumentation is actually pretty damn tasty, melodic, and highly addictive.  The chorus has the kind of inspired spark that makes you wanna try really, really hard to reconcile any obstacles in between liking the entire track as one…and I certainly did, but I never really got over that hurdle.  Don’t get me wrong, it fits well enough – I think it’s just one of those genuine cases where the chorus truly stands out that much more…and like I’ve said many times in the past – who’s really at fault here?  Is it on me for feeling this way – or is it on them for having out-written themselves from part to part?  It’s all six or one half-dozen of the other I suppose.

As I’ve also pointed out in equal doses over time, it really only does take one piece of a song to make a lasting impact on us and secure a favorable opinion…and I gotta readily concede, I love the chorus of “Uncertainty” – I’ll be singing this around the house for days to come.  I’d suppose it likely just stems from the vocal department & the difference in the approach between the verses & chorus…again, Wallace Dietz is doin’ his thang & he’s doin’ it well – but you’ll notice the design & scope of the melody in his voice goes through two significant gears.  In the verses, it’s not that he’s entirely without melody, it’s just that it’s not nearly the main focus; arguably, it’s just a hair away from an aggressive form of spoken word…almost in that Hardcore/Punk style of delivery, yet accompanied by a much more delicate vibe in the music around him by comparison.  That being said – when he IS singing at full strength and gives it everything he’s got in the chorus, it’s the complete opposite effect – we as listeners, realize he has a complete second gear that’s much different than the first – and when he puts the power into his voice, it’s clear he’s capable of creating a real captivating magic that’ll definitely make a big impression.

As I gave this single a healthy spin, I could feel the addiction to this track grow stronger with every repetition…to the point where I highly suspect, after writing all this back & forth about my thoughts on this track, in about a week, I’m gonna be playing this cut at full blast and eating every questioning word I wrote.  There’s a trembling in the force…I can feel it coming.  The hooks in the chorus are too strong to resist!  They really are.  It just sounds like that perfect release of energy, and to Wallace’s credit, he couldn’t have sung it any better than exactly how it comes out – he hits the strength and solidifies the notes he’s seeking out – and in the final twist of the song, he’ll reveal a whole melodic verse at the end that creates a real bridge between the two main gears of “Uncertainty” & gives this cut a finale that will immediately have you reaching for repeat.  Huge bonus points for…jeez…I don’t even really know for sure what it is, but I’m assuming it’s an e-bowed guitar that keeps providing the real musical fireworks that soar throughout the background and tickle our ears with sonic sound loaded with sensory textures.  Whatever it is, whatever’s causing it – it’s essential…and for myself personally, there were definitely moments along the way where it damn near stole the show…it’s an addictive sound for squeals and rings out with different frequencies & tones loud & proud…highly adventurous stuff that’s laced within what’s really at its nuts & bolts, a solidly structured song.  So while it’s kind of a mixed bag between the sense of triumphant sound & adventurism, and its ultra-direct style, you could also easily look at a song like this from the opposite side of the coin and realize that Steam Train Hearts have packed in quite a bit into this four-minute tune and somewhat run the entire gamut from Punk to Pop to Rock & back again.

All-in-all…the main hooks are irresistible after only a few spins…that’s just the reality here.  And yep, they’re strong enough to pull you right onboard with the Steam Train Hearts…I might not have been as sure at the start, but I definitely was convinced by the end – they’re right, they’ve got a single-worthy cut here that’s got the true juice & uplifting spark at its core that it takes to keep you coming back to it.

“Uncertainty” comes from the latest album by Steam Train Hearts called Smoke & Cinder – it’s out & available now – you can find it right here at Bandcamp:  https://steamtrainhearts.bandcamp.com