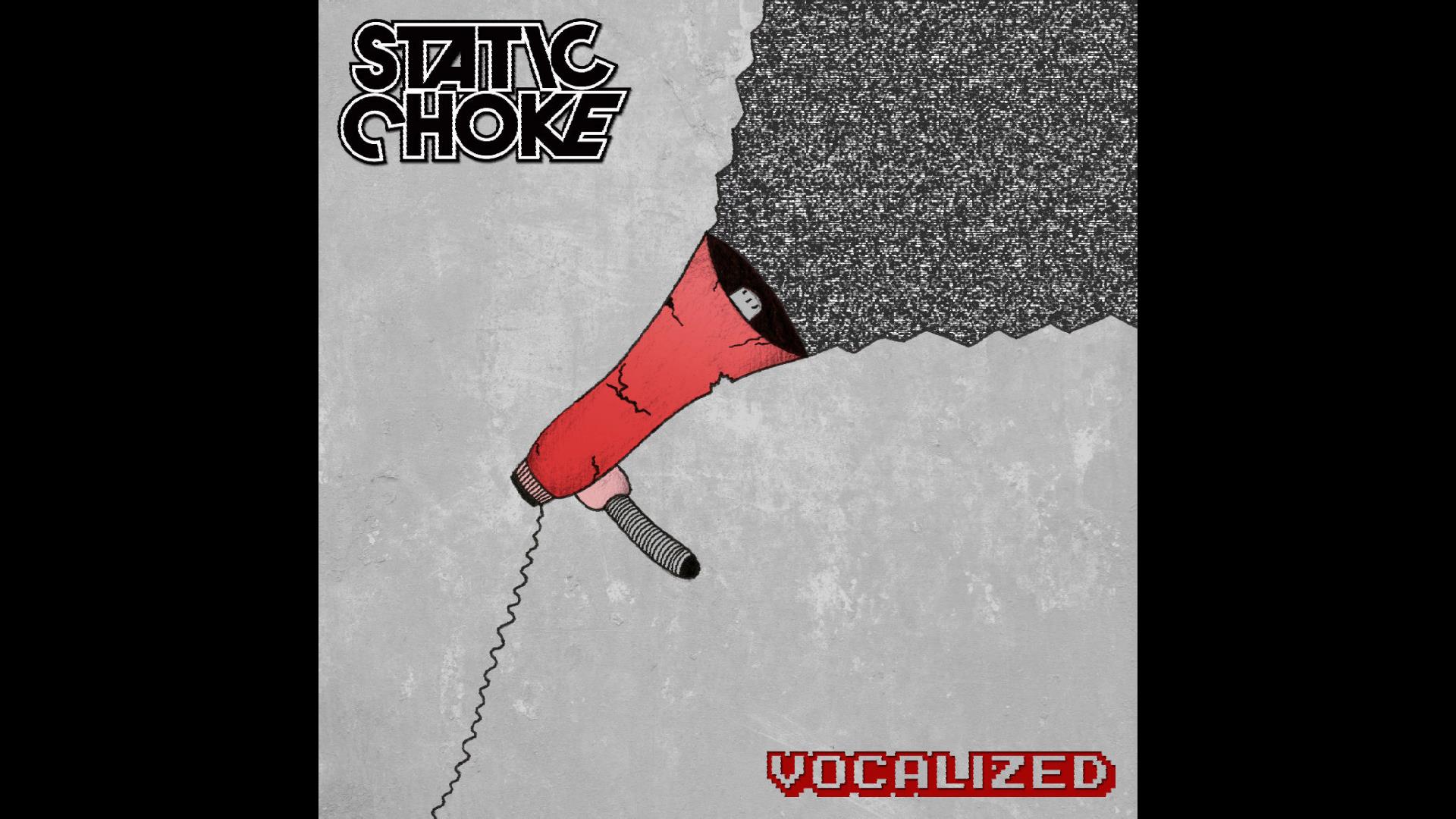 Leave it to Static Choke to buck tradition, restrictions and the natural order of things as per the music industry – like, everyone knows new tunes come out on Tuesdays.  Yet here we are…they’ve gotten me out of bed early on a Saturday with the release of their single “Vocalized” – no rest for the wicked, right?  I feel like that statement has always been misunderstood.  Surely the person who said that originally must have meant there’s no point in resting when there’s wicked new music to listen to?  But there you go, there you have it, that’s why I’m up and that’s what I’m doing…I’m checking out the new track from the explosive three-piece known as Static Choke & I’m happy Tuesday has disguised itself as Saturday.

So…wasn’t all that long ago that we first got turned onto the music of Static Choke, it was earlier in the summer with the release of their Low Resolution Solution EP…and we’ve been proud fans ever since.  You might have even heard their song “Big Bank Pimp” on the SBS Podcast – what can I say…I still love that cut and can hear it in my head clearly without even having it on, I just prefer to have it playing at the same time so that I seem less crazy when I’m shouting the words around the house is all.  Point being – with songs that were shorter-than-short but material that was gripping from the moment it started to the moment it stopped, Static Choke won me over completely with seriously rad tunes.

I mention all this because what I enjoyed about the band before is still entirely intact while taking us way further down the rabbit-hole than they’ve ever dared to go or take us before.  That incredibly explosive rawness in Static Choke is on full display once again – but in a clever transition & switch in their sound & style, they’re reaching even further into the bizarre with psychedelic ideas invading their all-out assault on heavy-rock/thrash/grunge on “Vocalized.”  One of the things I definitely was digging about their Low Resolution Solution EP was the potential for Static Choke to head in any direction they wanted to…they intensely commit to the ideas they have and would deliver on anything they choose to try.  The confidence level and massive presence of their music is enormous; they might write short tunes but do not mistake shortness for weakness…these guys fuckin’ slay.

Oh and HEY – would you LOOK at this!  Looks like they JUST released it to YouTube this morning.  Like I said my friends…happy Tuesday – enjoy your new music and have a look/listen to “Vocalized” below!

The thundering tones from Pat’s bass…the relentless pounding from Vince…the bone-grinding notes from Greg’s lead-guitar…it’s all in fine form here.  Static Choke certainly doesn’t ever take it easy when it comes to how much is involved in such a short timeframe…it’s one of the sharpest arrows in their quiver; that ability to create maximum entertainment with the time on the clock stacked against them.  You’ve got insanity, madness & mayhem in the verse, expressed perfectly through Greg’s gripping performance…the additional background screams are perfection and the chorus just DETONATES like its determined to flatten your entire village through sheer sonic force.  The breakdown as it heads into the first minute keeps “Vocalized” diverse…they break it down even further towards the second-minute and let those bass-tones from Pat really ring out their dank awesomeness.  Reminded me a bit of how Nirvana would take those moments to let Novoselic’s bass lines really shine and expose just how much of the melody they were often responsible for.  There are moments…split hairs in milliseconds where you can hear the chaos and frantic nature of the beat in this beast nearly rages so hard it wants to veer off course – but even at its wildest moments, Static Choke always finds a way to line it all back up and get each element of their sound contributing at full-force.  Ultimately, this three-piece from Chicago is insanely and oddly well-balanced, even with the menacing and mischievous attitude that continually bonds itself to their sound – every part of Static Choke really contributes to their music and plays a vital role in making every moment as punishingly captivating as they are.  I dig the added weirdness in “Vocalized” – I think it gives a bit more depth to where this project can go…we might have something like The Melvins, Mr. Bungle, Fugazi or Bad Brains on our hands here…because you’ll never know what to expect from these guys other than for it to completely kick ass.

And that’s all I’m saying folks…if you dig music that can melt your face off, then we’re all on the same page here.  The main transition from the rad ideas in the beginning of “Vocalized” become something monstrously huge and all-out incredible when Static Choke hits the chorus of this cut; they remind me of the unreal throat-ripping songs and sound of Quicksand when Greg kicks into overdrive.  “Vocalized” indeed – Greg damn near hogs the spotlight…everything sounds awesome, but he is sounding like a man possessed all the way through this one…and I LOVE IT.  The guitar sounds answer the call from the vocals with authority as the rhythm section of Static Choke continuously storms and stomps along…I’ve certainly got no complaints when it comes to this track…or this band.  “Vocalized” gives you another seriously gripping reason to get right into Static Choke…it’s high-octane entertainment where the raw meets the real…three-pieces that sound like they could take on the world.

For those of you out there that constantly complain that there’s no real rock bands out there right now…you need to give your balls a tug, nut-up and start listening to Static Choke – they fucking ROCK.

Find out more about Static Choke from their official homepage at:  https://staticchoke.com/