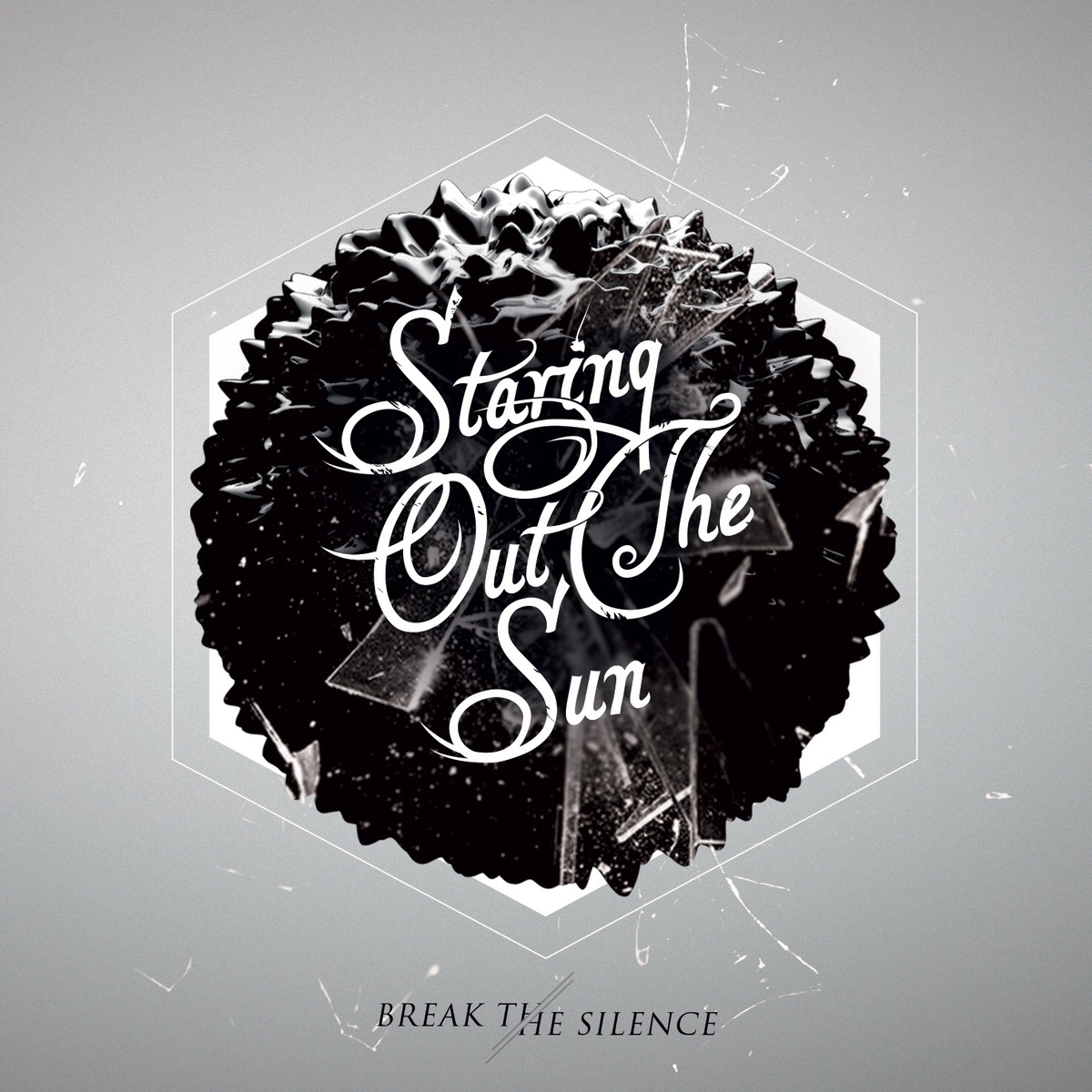 Staring Out The Sun – Break The Silence – EP Review

Some aggressive and energetic rock from all the way from across the water, based in the UK and courtesy of Staring Out The Sun bears the fruit of some of the powerful sounds made famous in the late 90’s that still continue on strongly today – they’re completely all the evidence that you need to know the style is alive and well.

Personally I hear bands like Trapt, Adema, Hoobastank…perhaps even Fall Out Boy’s legal-age drinking cousin…it has that familiar snap and bounce to the rhythms that rip from their amplifiers. And truthfully, though I’ve more or less left a lot of this particular rock behind in my own timeline, Staring Out The Sun is tight enough with sharply-barbed hooks in their music making it wicked to revisit this genre all over again.

“Trust No One” starts the blood pumping through your veins immediately. With a chopped-up guitar line driving the verse, the band explodes into a perfect pop/rock bridge & chorus at a frantic and exciting pace. Excellent drums ripping out complex beats and the vocals come out sounding perfectly matched to the energy in the songs with awesome tone & harmonies. They range in styles that sound familiar like The Offspring, Hoobastank or even Toto as far as the vocals are concerned. Around the third minute these guys begin to light-up the guitars and storm into the final end of this opening epic with convincing musicianship and raw power.

As it begins with accordion to start “YMEE” it breaks way quickly into the rock with a supremely catchy guitar line and then into their signature blitz & frantic wall of sound. Staring Out The Sun undeniably makes massive music that really fills up the speakers – there’s no doubt about that. Digging the breakdown around the minute-thirty mark but especially digging the way they break back into the chaotic but controlled energy they possess in the strong chorus they’ve mapped out here on “YMEE.” Excellent solo around two-thirty in, and an immaculate breakdown before pounding this one out to its final storming drumbeats.

Now…”Secrets” is the track they want you to hear…you can always tell when you hit up a Bandcamp page and it doesn’t start on track one. Unless they feature them in rotation, odds are, you’ve landed immediately upon the ‘single’ from the album. Hell – it’s a LOT more subtle than how we’re marketed to from the mainstream – so believe me, I’ll take it! That being said, and not because I’m trying to rebel against what might be perceived as ‘cool’ – I thought “Secrets” was a good song, but personally I prefer the two preceding tracks. “Secrets” has creative parts and a good dynamic that drives it much like the other two songs, but perhaps became a little too tricked-out to possess that same cohesive feeling those first two had. I appreciate that it reaches a little more than the other two do, but I suppose even in comparison to the final cut “Anaesthesia” I was feeling “Secrets” felt like more of a ‘single’ or an attempt to switch up the atmosphere on the EP…still a strong track and it still fits – but right on the edge.

That final song on Break The Silence, “Anaesthesia” is a killer song full of rise & fall, emotion and atmospheric-presence. Ranging through lows and highs, this song possesses some killer dynamics and incredible vocals; and although it’s technically doing all this at a slower tempo & energy than the previous three tunes, this comes out incredibly effective for Staring Out The Sun and really punches you in the throat as the soar to their most massive heights right before they cut-out completely in a blazing end to “Anaesthesia.”

Staring Out The Sun has done very well here on the Break The Silence EP…it furious, vengeful rock tendencies even out well against the melodic ideas in the vocals and execution of these songs. Definitely a good taste and sample of what they’re capable of with a hint that there’s a lot more in the tank for these guys in the years to come…and if you love that late 90’s power-rock sound – you’ll be all over the music of Staring Out The Sun.

Check them out & support them at their official Facebook page: https://www.facebook.com/StaringOutTheSun

Tags: Break The Silence EP sleepingbagstudios Staring Out The Sun