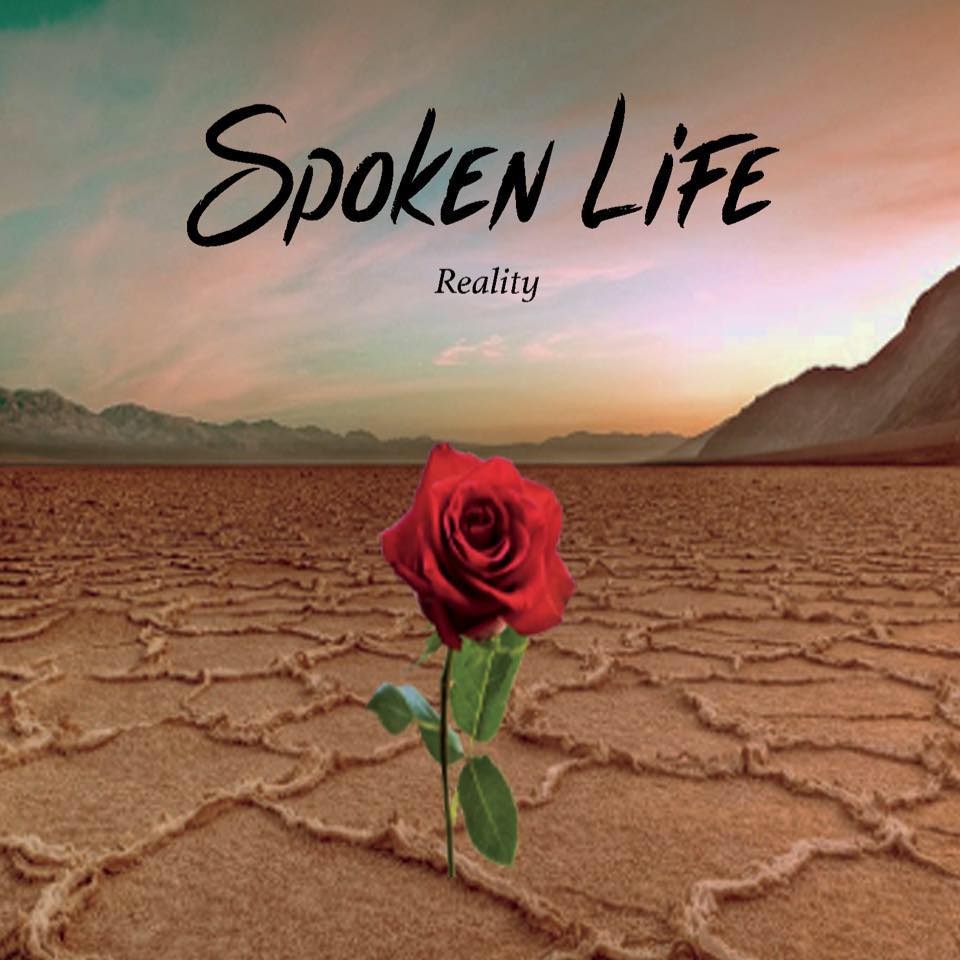 Solid progression, heavy atmospheres and emotions outline the new EP from Spoken Life, a one-man project from Anthony Irvin based out of Brookhaven, PA.  You’ll find yourselves surprised at the direction that the music takes…it starts out with a bright, electro-infused, gentle-melody that’s close to an Owl City kind of sound on the opening title-track “Reality” but the music won’t stay in that vein throughout this short ride of emotions.

I dig “Reality” and I pretty much dig the entire EP throughout really…I appreciate the honesty in the way these melodies are recorded.  “Reality” is actually the furthest from the norm by comparison to the rest of the songs on the new Spoken Life record, but certainly a welcome inclusion.  I can see an argument for Irvin’s voice sounding a little bit pitchy…the sound/tone of his voice doesn’t make quite as much sense on the opening track as it will throughout the other four.  Not saying it’s a bad fit – not at all and far from it; there are spots you can hear that struggle and reach for the top of his scale, but give the guy some credit here – he’s written a HUGE song and an extremely tough one to fully live-up to in the vocal department.  Again though…for the record, there’s no struggle here so much as there is stylistic choice.  You’ll hear that “Reality” is a beautifully produced and wonderfully realized idea, but you’ll also hear how Anthony’s approach better suits the music he’s made to follow.

“Lonely Soul” will already paint a clearer picture of what you can expect to hear from Spoken Life on the regular…I felt like “Reality” was the exception in that sense.  “Lonely Soul” also makes use of the slight imperfections in Irvin’s vocals in that emotional-indie style that saw bands like Dashboard Confessional  and City And Colour rise to success.  There’s a connection that this genuine & honest approach makes to us all as listeners that you just can’t get by smoothing out every crack & corner – and I appreciate that.  Having said that…I also understand that it can be a compromising sound to listen to and a potentially polarizing issue in the music of Spoken Life overall; some will get it, some just won’t.  But keeping an open mind…and keeping in mind that it’s the efforts of one dude – you’ll hear that this short set of songs has a real sweet magic in its atmosphere.  Even in more downtrodden moments like “Lonely Soul” there are moments of hope, despair and ultimately a push/pull of contrasting but relatable emotions that offer more on the lighter-side of intent and optimism than the melancholy of the music will often suggest – take a closer listen!  “Lonely Soul” has a great build and a real girth to its ending that I loved; solid guitar solos and keyboards take over as the power of the beat steps-up in the final moments.

That big ending of “Lonely Soul” really lends an assist to the quiet, isolated atmosphere of “Shell.”  This track in the middle of Spoken Life’s Reality EP is an exemplary piece of song-writing – one that reveals more about the artist behind the music than any other, and one that also showcases a real grip on atmosphere and the depth of layers in real song-writing.  “Shell” begins in its isolated atmosphere; while the complex nature of this sweet melody takes its shape, the music continues to mirror the lyrics and builds perfectly alongside their intent.  In all honesty…I probably prefer the sound of the first two tracks over this one overall…but there’s no doubt about the smoothed-out approach that Anthony has taken to “Shell” – he sounds perfect on this tune.  You can tell that this is as personal as it gets – he’s done well to set it to a rhythm & flow that’s brilliantly unique to the point where he can tell his tale with added confidence; and that’s pretty much what the entire song is about.  Genius!

“The Truth” heads back towards a sound more similar to the vibe you’ll find on “Lonely Soul.”  In a sense, you can tell that this is the style and mood that more than likely grips Anthony’s mind the most with this kind of atmosphere showing up twice in the set of five.  It also puts in a solid balance to the progression of the EP as it plays on.  “The Truth” is about as ‘naked’ as he gets on this record…just his vocals and the acoustic carrying the weight of the melody here – completely solid job on this vocals and probably one of the strongest performances from Anthony with this melancholy melody.

If anything…”Remember” was the track I thought could benefit from the most help.  There’s a great idea here on this final track…I think it just falls a little short of the mark in bringing it to full-fruition.  The vocals hit a few brown-notes amongst what’s mostly another win in that department.  I dig the added confidence that Anthony approaches this last track with…but in adding that extra-edge to them, there are a few slight missteps in the timing and also the tone.  Again…all this being said – he’s written a great tune here…just one that needs a little more time and development, a few retakes and it’ll be right where it needs to be – the idea is a giant one and sums up the entire EP through its lyrics…it’s every bit important to this line-up of songs for this record to be complete; but with another look at it, putting in that extra time and care into this tune might be an effort that could truly pay off.  “Remember” is definitely a well-written tune, they all have been throughout Reality…and with more time, experience and recording I’d expect to hear even better from Spoken Life down the road.

Find out more from the Spoken Life official page at:  http://www.spokenlifemusic.com/