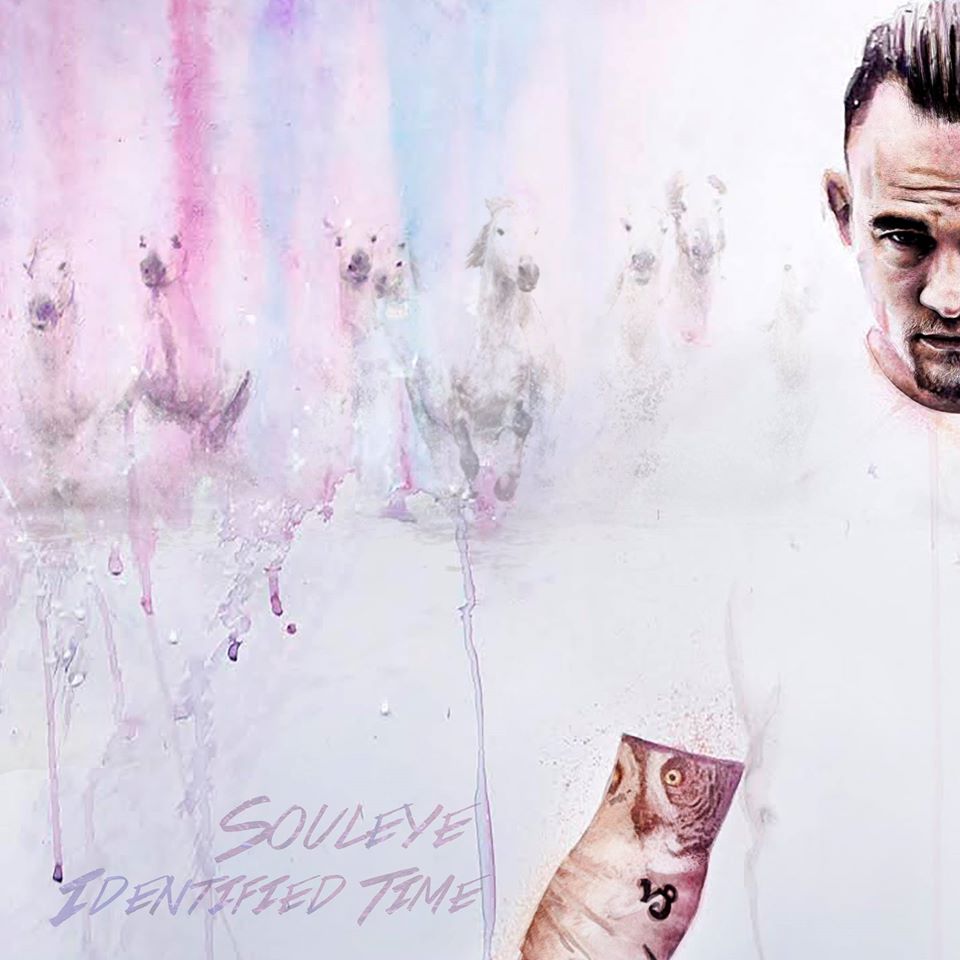 Something about the music of Souleye is very familiar to me…I mean, I’d kick myself hard if this is where I discover I’m old now and losing a grip on my memory’s ability to remember our past experiences here at sleepingbagstudios…but I don’t think that’s it necessarily. I have a feeling Soundcloud has just done its magic once again and potentially introduced me to Souleye at random while jumping throughout the pages and music at the site. I’m really not sure, and…I guess largely that’s irrelevant now anyway – we’re here now and Souleye has put together three tightly produced tracks on his latest EP, Identified Time and I’m completely aware that I’m listening to him specifically, and not at random…this time!

With a solid blend of EDM & hip-hop music, Souleye is breaking ground in these swift combinations that create whirlwinds of sound alongside blazing rap verses. The result is three killer tracks on the Identified Time EP that move the body & mind, soul & heart…all at the same time. Definitely no messing around – these new songs from Souleye are performed and produced perfectly; the assembly and overall arrangement are built dynamically…these songs pulse, change, evolve…like they have lives of their own.

“Ready Now” starts out Identified Time with a subtle electro pulse that finds a beat about forty-five seconds in and takes you on a real ride from there. It’s a sparse beat for EDM but still plenty of relevant sounds…it’s a little glitchy for hip-hop but perfect to rhyme over…and Souleye makes the most out of this opening cut. Letting the music speak as much as the vocals themselves, there are no massive gang-style vocals amping up the chorus…Souleye is making it all come through the speakers much more subtly & hypnotically than traditional recipes for making music in any of the genres he’s blending together. And as low-key as this introduction into the new EP might be – I think the excellent atmosphere, tremendous mix on the low-end, clever electro-additions and sparkling performance on the mic make “Ready Now” a perfect track to start this new set of songs up right. The way it builds is very smart…and while it might push on the boundaries of the two genres it borrows most from, “Ready Now” is a clever combination that never overdoes it.

The middle cut on Identified Time, “Waiting For You,” is full of hooks in every place you look. The verse – loaded. The chorus – oh yeah, tons! The music – massively addictive. Like I said…doesn’t matter which rock you turn over, there are hooks there just dying to sink into you on “Waiting For You.” I really like the result of this blending of styles & sounds and the approach that Souleye is taking…it’s like the hip-hop aspect never lets the EDM element of the music wander too far off…like it has an ability to smooth out the potential craziness and bring it to an accessible place for many out there that would listen. Smart.

Souleye is certainly no joke; a short look into his career will show you he’s played pretty much every stage from your local nightclubs to festivals as huge as Burning Man. He’s clearly a man of many talents and he makes them known through precision assembly on “Waiting For You” and rap that rips out at light-speed in a truly expressive and impressive display on the mic. The music pulses hypnotically along again never losing control, but man does this track shift around in all kinds of groovy EDM cuts & splices and really manages to maintain a high level of captivation through its wild assembly.

“Way Back” ends off Identified Time in a fireworks display with incredible vocalizations, samples and rap-flow. The trade-off chorus is completely addictive – I absolutely love it. Much of the rest of the song relies on the vocals and samples to both find and carry the melody of this final cut, but again Souleye finds a way to make this work brilliantly. As bizarre as the vocals might be, the hook in them is massively infectious and becomes something you instantly start to rap aloud with. With this last song being largely carried through the vocals, it makes sense that a lot of “Way Back” also mentions directly ‘The power of your voice’ – because that’s exactly what’s on display in this EP’s ending. It’s a really smart use of everything-vocal on this impactful end to the extremely well blended beats & rhymes, production & performance that you’ll find on Souleye’s Identified Time EP.

Find out more about Souleye direct from his official page at: http://www.souleye.net/