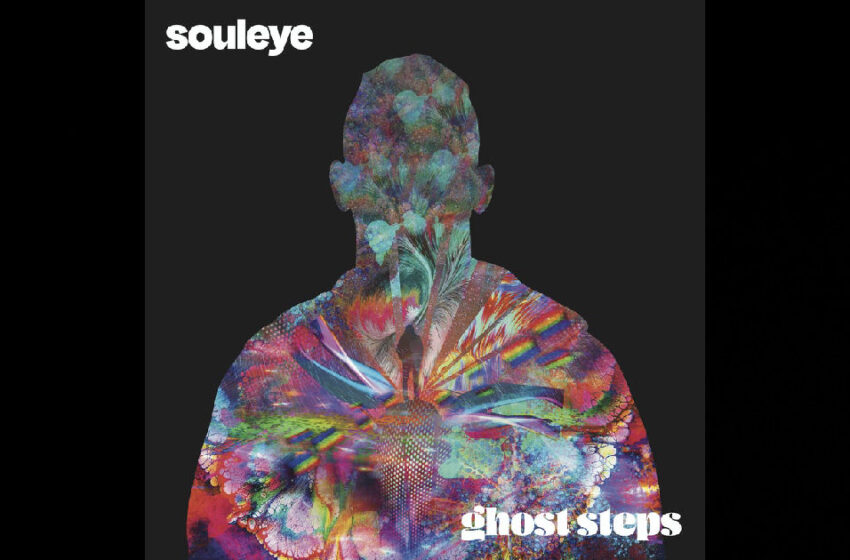 Fantastic to have this dude back in action this year – it’s been a minute since we had Souleye here on our pages & it sounds like the man is in for a seriously awesome 2021 with a brand-new record called Hunting Teardrops coming out officially online March 19th.  We’ve got the lead-single “Ghost Steps” here in our speakers and in review today – and yessir, we can confirm – the man is still in spectacular form.

Not bad at all for 40+ yo – Souleye’s a literal veteran of the game at this point, yet still somehow on his way up – how’s that even possible?  Maybe it’s the levity of perspective, maybe it’s time & experience, maybe it’s the comfort of all he’s achieved throughout the years from his various records, singles & videos, to the family he’s built whilst being married to the one & only Alanis Morissette…you can’t mistake comfort when you hear it, and it’s more than clear that Souleye knows his way around the mic like he invented WORDS at this point in his career.  I’m seriously stoked that he’s got a full-length record coming out just around the corner from here, because the 2:35 of “Ghost Steps” is never gonna be enough!  I mean, it IS – as a standalone cut, this completely holds up – I’m just sayin’ that if you’re already a fan, or if you dig what you hear, this single is instantly gonna induce a mad craving for MORE.  I will continue to push the repeat button for now…but I’m starting to think March 19th can’t get here fast enough for me now that I’ve heard “Ghost Steps.”  I’ve always felt like Souleye completely stands out, and that he’s carved himself a solid place of his own within Hip-Hop that reveals true identity in his style & sound you can’t possibly miss – and on this new single, he retains what we love while pushing his own creativity to another level.  I’d also argue this is probably the most up to-date & relevant sound he’s had in relation to what’s happening out there in the scene right now…obviously that’s gonna be a huge advantage when it comes to getting his music into ears this year, and likely a result of the combination between his own interests & the recent collaboration with Bil Bless, who produced the upcoming album by Souleye.  According to the press release the music plays a fairly secondary role when it comes to “Ghost Steps” – and if I was a good soldier, I’d just tell ya that’s true, or never even mention it at all – but the facts are the facts homies, this song slaps from start to finish whether it’s the words OR the music!  I mean…we just can’t ignore what’s right there in front of us; I get what’s meant in the sense that there’s a more minimalistic approach to the design whereby Souleye gets to be his natural self and let his personality really shine just as much as his skill does – but c’mon now y’all, the music is essential!  Not just because he’d be naked without it of course, but because it’s a genuinely tangible contributor that helps in stacking this track up to a complete win for Souleye.  Obviously he’s professional as it gets – his verbal skills have been undeniable since the drop of day one really – but you can also hear how this approach being taken through the combo of Souleye’s talent & Bless’ expertise is already paying off with remarkable results on “Ghost Steps.”  Slick from the lefts to the right this is…single-worthy without a doubt…and the main star of the show sounds completely INSPIRED to be back in action with something fresh for ya.  Can’t say I blame him…time has treated this man extraordinarily well – and we can hear it!

Mind you, that doesn’t mean there aren’t a whole lot of struggles that occur in between point-A to point-B no matter what phase you’re at in your life & career – and of course, between the cold grip of modern-day social-media and the current isolated times we’re all livin’ through, there can be even more in the way of just tryin’ to live some LIFE and make some music than there ever has been before.  Much of this & more, Souleye will confidently take on & tackle through his words when it comes to the content of “Ghost Steps” – and as always, he spits a trail of thought-provoking lyricism you’ll likely find you have no trouble relating to at all.  Sure you can hear he’s coming at life from what’s arguably a more focused angle now…he’s looking at a lot of what’s in front of him future-wise through the eyes of a father these days, and rightly so of course – that’s priority #1 outside of the studio booth when the red light is on.  Ultimately, I think it really pays off for him…and in that sense, it’s what’s always led Souleye’s music to establish a major impact on us all along – he’s always fearlessly thrown himself, his feelings, thoughts, and emotions into his material as unfiltered, raw, and real as he could spit’em – and combined with his naturally humble persona & honest perspective, his cuts are pretty damn hard for anyone out there to resist as a result.  “Ghost Steps” not only confirms he’s back at the top of his game, but that Souleye wouldn’t even BE back if he wasn’t bringing you the best he’s capable of creating to begin with!  The man’s got a family to raise y’all…rest assured, whenever he’s showing up, he’s got something to say, something new to contribute, and he’ll be loaded with audible entertainment that’s guaranteed to hit the mark, just like you’ll hear on “Ghost Steps.”  The man’s a true master of his craft – always has been.

Find out more about the man behind the mic at Souleye’s official website:  http://www.souleye.net