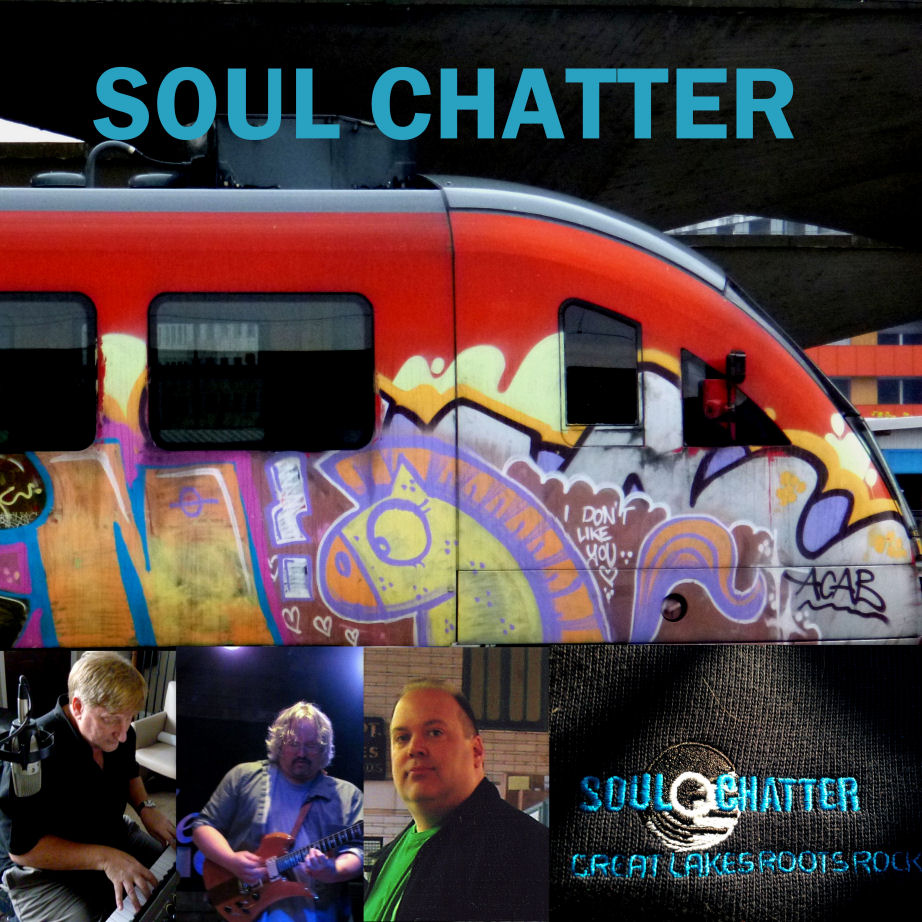 Pleasant! Nothing offensive on the ears here through the new single “Sanctuary” by Soul Chatter…it’s pretty easy listening and overall, seems like a pretty chilled-out vibe. With a video to support the new single full of bright & colourful imagery…”Sanctuary” puts a calm & relaxing mood in your soul…it’s a song that allows you to kick off those work-shoes at the end of the day and just take a timeout from the rest of the world…just for a moment.

Though the lyrics are of a fairly serious-nature, the tone & melody of the song provides that relaxing contrast to the words, and at other times lyrically and musically this matches-up side by side in mood, atmosphere & sentiment. It’s a love song…a well-played & performed one. Whether it’s the song to set the world ablaze…I’m not so sure…but hear me out, cause I don’t always believe we write songs for that purpose…

Sometimes we write to simply express ourselves…our innermost feelings that we can’t talk out but can somehow sing freely…sometimes we’re singing and writing songs for people we love with full intention of them hearing each and every word written specifically for them. Now…I don’t know that Soul Chatter is necessarily doing these things…but I’d have to say I’d assume it somewhat after listening to “Sanctuary.” It seems like a fairly split song; some of these thoughts are internal & personalized…others seem more directed to a somebody-out-there that may/may not know who they are or how important they are to the hearts & minds of Soul Chatter. So…I suppose what I’m saying is, you never really know with some artists; for some, writing a top-40 hit is the furthest thing from their mind.

And that’s not to say that “Sanctuary” is without hooks or appeal – it has plenty of both. With its soft-rock sound, it’s definitely going to find itself a hard-climb as far as marketing in today’s world is concerned…but maybe not entirely. To me, “Sanctuary” is reflective of many singer/song-writers out there…almost like a combination of Bruce Springsteen & John Mayer somehow…it has the vocal control and melody of a Mayer song, but the sullen & mixed-emotional, powerful delivery of a Springsteen track like “Streets Of Philadelphia.” Of course, it’s that melody and brightness to the music that bring these lyrics out of the dark and into the light…so it’s not anything as downtrodden as “Streets Of Philadelphia;” overall it sounds a lot more uplifting.

But yeah…it’s a decent song that I wouldn’t be willing to complain about. I think from the instruments, to the vocals, to the performance overall it works well and really does provide a break for some clear-thoughts in your day and that much needed moment of…well of “Sanctuary” I suppose! A place of peace & calm…this song allows you to drift right into the music and melody with your mind and just relax for a while – who doesn’t need a bit of that in their day!

Have a look at the picture-imagery-video-thang Soul Chatter has put together in support of “Sanctuary” below and support them at their official page right here: http://soulchattermusic.com/