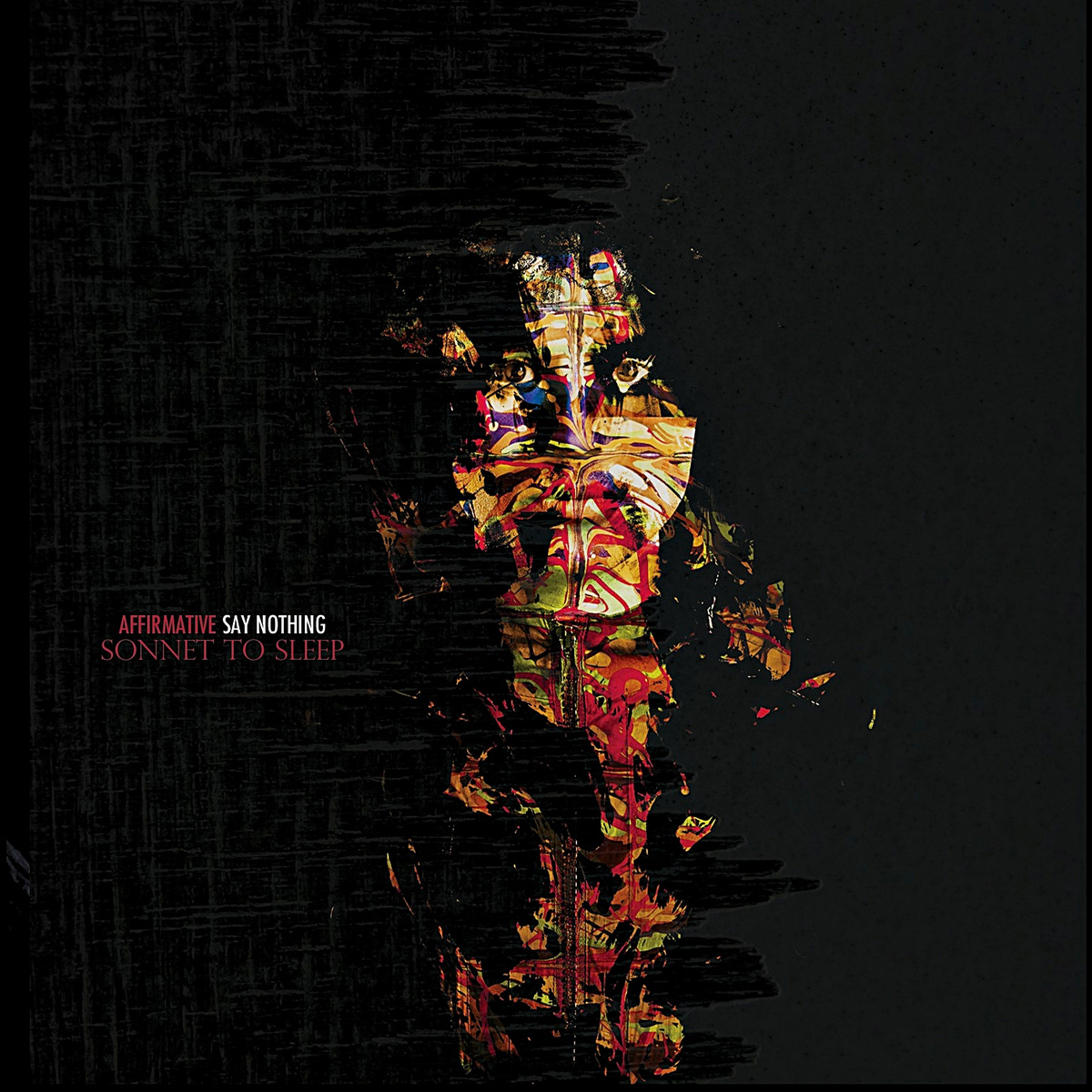 Right on! I’ve TOTALLY got something for this!

Now…to many of you who follow my writing here at sleepingbagstudios and know my insatiable need for all kinds of new music, knowing that I’ve “got something for this” might not be so much of a surprise. So here’s a couple fun-facts about ME before I bust into this review of Affirmative Say Nothing…

Many genres come and go through these ears…but few have claimed the top spot on an ongoing basis over year-spans. The “rock-ballad” was one of them…and that’s gonna come in handy here…

Not to toot on my own horn tooooooooooo much…but you all know I do my research as well, reading social pages and bios and whatever I can get my eyes on as my ears are listening…and quite often the case has been through these reviews that I find the REAL “sounds-like.” Not the one the bands always want necessarily…bios and influences are usually abundant with so many comparisons that it becomes hard to establish where the band in question is REALLY coming from on a musical level. I like to think my ability to cut through the bullshit is one of the reasons you all keep coming back – so I’ll just say it with confidence today; I am better than the “bio!”

And in the case of today’s band in question, Sonnet To Sleep…I will rise once again as your champion…hang on…we’ll get there together I promise….

I’ve got five EXCELLENT songs here on this new album from Sonnet To Sleep and a big ol’ nostalgia-chubby as this music takes me back to a time where the pop-meets-rock element was a little more pure at heart and I was listening with every free moment I had. Four out of the five tracks on this short & very-sweet album could easily qualify as rock-ballads; beautiful in tone, melodic and emotional. I’ll admit to being slightly shocked the songs weren’t 9 or 10 minutes long – 5 songs seems awfully short to me to declare it an “album,” but for real – who the hell am I to say when it comes to this? If you call it an album, my internet friends…well…I’ll certainly review it as such!

One extreme benefit to the music on this disc from Sonnet To Sleep is the tremendous focus you get to have in making a short album or EP. Let’s be honest here; if you can’t garner some control of the 4-5 songs on these short excursions and master the element of consistency…I’d have to say you were missing something big time! Thankfully, this is not remotely the case here today with STS – this band has made their five so tight it’s NEARLY impossible to find a fault whatsoever!

But there is ONE…and thankfully, for many of you…you might never know it!

In the bio…it references some “sounds-likes” that would throw your expectations were you to read them. Listing Dave Growl, (Like OUCH on the misspelt JESUS of sleepingbagstudios guys – GROHL. I even double-checked to make sure Dave Growl wasn’t someone ELSE, which I knew would be pointless…but it actually turned out incredibly awesome – did you know that typing in Dave Growl will ONLY lead you to EVERYTHING about Dave GROHL…I had to have a laugh here!) listing Jimmy Gnecco (of the band Ours) would all be a slight misrepresentation of what this music sounds like for real. Now, chances are – Aaron Rios, the mastermind behind the beautiful songs being made in Sonnet To Sleep just really looks up to these singers and music-makers…and I mean, who could blame him?

Personally, I never once heard the “hint of Dave Grohl” myself…or Dave Growl lol, though I’d admit to MAYBE a few moments reminding me of Jimmy from Ours (there’s a scream in “Promises” that should have been way more up front in the mix, but he NAILS the Gnecco gnarl in that) …but there was nothing that to me in that set of names that really brought the comparisons to a plane of actual existence…it didn’t completely fit, something still didn’t seem right…

So…time to put my money where my mouth is…if not these artists…what DOES the music of Sonnet To Sleep sound like?

The answer is simple. Dishwalla, J.R. Richards and actually Thom Yorke from the very FIRST Radiohead album, Pablo Honey. You can take these to the bank as a much closer comparison. Aaron’s vocals are a nearly dead ringer for J.R. Richards, either on his own solo or with his band Dishwalla. It’s UNCANNY. Like, to the point where Aaron…I’m calling you out here – you’ve GOTTA be a fan right? Listen to the opening track “Promises” and you’ll hear it instantly if you know the reference…it’s dead on until Rios deviates and adapts elements of this style uniquely in his own signature towards the chorus.

There are also times…and especially if you dig into their other tunes outside this new album, you’ll hear the echo, crack and break in the vocals of that younger version of Yorke. In either of these cases, or even his own comparisons, Rios has picked nothing short of AMAZING role models and through his own confidence and delivery – he’s finding a valid place to stand shoulder-to-shoulder with some of these great singers he has modelled himself after.

AND – like I said – rock-ballads were way up there for me at one point. I remain, at least as far as I know, one of the most rampant fans of Dishwalla to this day. I want more of that sound, even now. Consider me extremely thankful to have stumbled upon this album from Sonnet To Sleep; make no mistake, I’ve given them PLENTY of a hard-time (All in good fun!) in this review but I do absolutely love this music on Affirmative Say Nothing.
Listening to this on repeat – I’m extremely thankful for people like Aaron Rios. If not for people like him, courageous enough to go against the musical-grain, many sounds that SHOULD have worked and maybe didn’t at the time, would never be resurrected. Dishwalla didn’t work out commercially, neither did Ours…but that far from means that they did anything wrong – those are people built from the same very mettle as Rios – their sounds were in contrast to the musical climate of the time as well.

Yeah yeah Jer…but will it work?

Pffff. C’mon – it DID. Listen to any of these five tracks. I’m on “So Beautiful” right now myself…somewhere in the 5th or 6th run through on this album…the title says it all. Though it might refer to a person inside the lyrics, the song itself is a perfect example of how to do the pop/rock ballad RIGHT. Rios also has guest stars popping in on these tracks from time to time, most notably the fantastic Miss Angie who lends a perfect set of vocals out on “Only For A Moment.” It all works, every single moment of this album…nothing needs to be commercialized or profited upon to make it a success; this is as perfect of an effort in five songs as you could possibly ask for. Consider me a big fan.

Find everything you need and WANT to know about Sonnet To Sleep at their official page! www.sonnettosleep.com