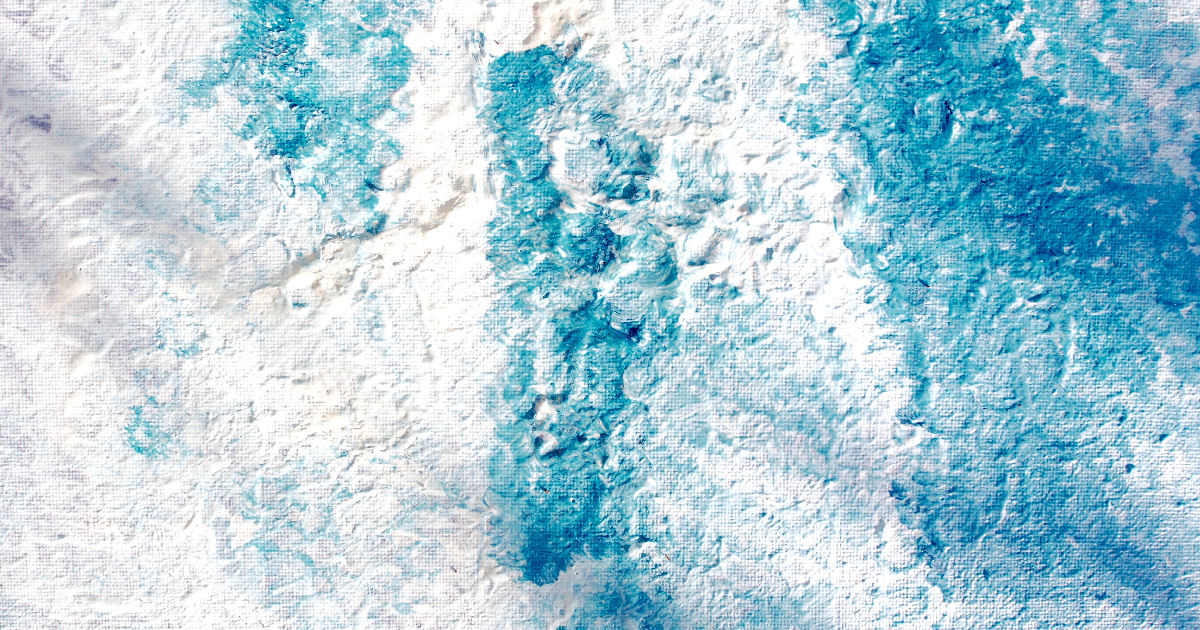 Little is known about this mysterious & melodic project based out of the UK…I’ve checked out the internet hot-spots for information, and it seems like SMAIBLUE for the most part, is doin’ just fine with the music speaking for itself when it comes to all that.  What I can tell ya for sure, is that it’s definitely been a busy year for SMAIBLUE…you’ll find all kinds of singles that have been released throughout 2019, all stacking up to one larger experience, the full album called Avenue Of A Dying Place, now out officially this month.  So although I can’t quite tell ya what SMAIBLUE had for breakfast or too many personal details in this particular review…you know I’ve still got my opinions on what I hear – let’s check this out!

“Kingdom Of Passing” gently opens up SMAIBLUE’s new album Avenue Of A Dying Place with a combination of serene sounds delicately easing you into this experience.  About as subtle of an opening as you’ll find an album ever begins with, it’s a full-on blend of atmospheric textures that come at you in a colorful swirl, eventually revealing vocals buried deep within the layers, just like another instrument or sound would be in the mix.  Now…having deep-set vocals isn’t something I’m opposed to – it’s actually a method I actively encourage with a ton of bands & artists in all kinds of genres…it can absolutely help the music stand-out more.  And to some degree, that still applies here with what SMAIBLUE is creating on “Kingdom Of Passing” – I suppose my main concern becomes whether or not the addition of those vocals enhance or advance the song in any way…and that’s the part I was never quite as sure of.  If I’m hearing this right, there’s a falsetto layer & also a layer of real low-vocals in there as well – tonally, there’s one that works pretty well, and one that contrasts pretty severely.  The up-high vocals, I’ve got no problem with…assuming that’s the sound I’m actually hearing…it’s an avant-garde part of the song, there’s no doubt about that…but I’m 99% sure it’s being created on the mic & I think its uniqueness actually suits an atmosphere like “Kingdom Of Passing” very well.  As for the lower-tones, my issue is that the contrast in tone ends up being arguably too widespread between the ideas & sound presented in the music for those vocals to complement the existing vibe…so at the point where they begin about halfway into this song around the 1:40 mark, that’s where things all of a sudden get a lot tougher to stick with.  Not impossible, just tougher…the facts are that “Kingdom Of Passing” starts with such inspired, welcoming, and inviting vibes that you want to kind of just live in it & stay there forever…any move beyond that or deviation would have come with some potential risk, that’s just kinda how that all goes.  What I certainly love about “Kingdom Of Passing” is that it’s not a whole heck of a lot like anything much I can think of…SMAIBLUE’s found a unique angle in here that’s not too Shoegaze, not too Ambient, not too whatever you’d call what Sigur Ros is doing either…this has its own thang goin’ on & I respect that.

“Kingdom Of Passing” also leads into the next sample we’ve got from the record & lead-single from Avenue Of A Dying Place called “∞” – which would be the symbol for infinity.  The exceptionally exquisite & gorgeous piano that this second song begins with is stunning…vocally & lyrically, this is also where things start to become much clearer, and the perspective of SMAIBLUE is revealed to us in words.  On a sheer composition-level, I think “∞” is downright captivating at times and I absolutely love the sound of the piano & the way that SMAIBLUE ends up singing this song as well.  I’ll admit that the lower-tones of the vocals still might contrast a lil’ bit more than some might want with the flowing brightness the piano provides the melody, but it’s much, much less a factor here than we experience on that first tune.  Ultimately I felt like the vocals came out well on this song…it’s the sincerity that’s key & it’s the performance that makes them fit as well as they do on this second track from SMAIBLUE’s new album – like all these thoughts in the words are being pondered aloud.  I dig the poetic nature of the lyrics, I dig the theme, I dig the thought-provoking way that the vocals seem to echo the sentiment and drift off as the words are being sung…all this works extremely well in my opinion & creates a truly dreamy atmosphere overall.  I think the main star of the show for me is still likely the piano when it comes to what appeals to me most in “∞” – but I wouldn’t take too many points away for an artistically-inclined performance like you’ll hear in the vocals on this tune either…you float right along with SMAIBLUE as this song plays on & the fluid design of the music gently guides you through the melody you’ll find.  There are real humble qualities in the ideas & sound of “∞” that I think a lot of hearts & minds out there will genuinely connect with…definitely an odd choice to put out as a single perhaps in many ways, but a great representation of the understated beauty you’ll find running throughout the style of SMAIBLUE.

I mean…look…there’s no doubt that this project is a bit of an oddity out there when you’re comparing this to the mainstream, or even much of what’s happening out there in the independent scene today – but there are rewards for blazing your own trail.  It might take the people a little longer to catch on, but when you’re on a path like SMAIBLUE is on, I say stay the course – I hear ideas like “Gentle” and I get excited, even with as mellow & spaced-out the sound of this song may be, there’s art being made here.  Oddly melodic Alt/Indie art maybe – but art all the same.  Lyrically, “Gentle” is one seriously rad tune; I’m not even going to remotely pretend for one single moment here that I have any vague concept of what this song might actually be about, because I truly have no clue…but I can tell you I love the words – is that fair?  Much like the poetic design of a Yorke or a Stipe or a Brock…we’re not always going to connect every dot between point-A to point-B – and in circumstances like this, where the lyrics are so uniquely written & the vocals equally expressive, that’s more than okay.  It’s songs like this one that transmit more of a vibe anyhow…an atmosphere…a sensory experience.  As in, what’s the song about?  Well – how does it make you FEEL when you listen to it?  That’s where songs like “Gentle” hit home most.  I have no doubt that like myself, many of you songwriters & avid-listeners out there will really dig on each & every line of this song as well when it comes to what’s been written & sung…SMAIBLUE proves to be quite creative & compelling, sincere & sweet when it comes to the words you’ll find.  Musically it’s another beautiful cut in this project’s catalog for sure…there are fantastic things happening back there on the piano…sometimes outright extraordinary as the flowing notes lighten-up in tone; the vocals are pretty far up-front in the mix on this cut, but many would probably argue that’s the main draw when it comes to this song as well.  And maybe they’d be right…I’m just sayin’ – there are plenty of amazing things happening in the subdued sounds of “Gentle” in behind those vocals as well; even if you gotta listen a bit more closely, you don’t wanna miss out on’em.  There’s definitely a ton of uniqueness being established here in SMAIBLUE that’ll retain the audience of art-music lovers it ends up finding – like I said, it might take’em a bit longer to discover this out there, but they’ll stick around when they do.  As for the future to come & what SMAIBLUE could go on to do next, songs like these indicate that the doors of possibility are completely wide-open, and the creative-courage within the music & writing could very well take this project anywhere its imaginative spirit & artistic inclinations will carry it.

Find out more about SMAIBLUE at the official links below!