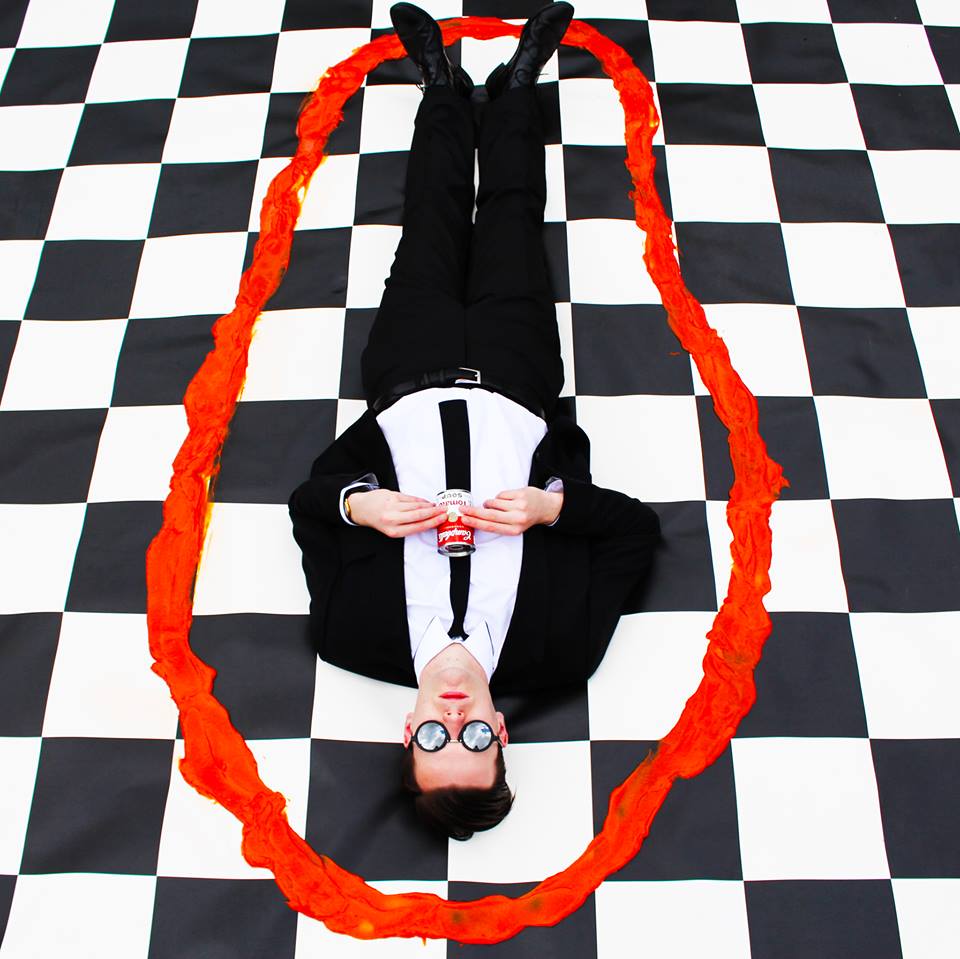 Alright…I honestly can’t ever recall the last time I can remember music amping me up so much personally that I tried to go and figure it out on my own…I’ve never put any time into learning the music of others, cover-songs or what not…not since long ago when I was about the half of the musician I am now – which for the record, is still half-the-musician in comparison to any REAL ones out there. So before starting up this review officially…I just wanted to reach out and thank SlimDali personally before anything is even said prior – you’ve inspired me greatly through this amazing sound of yours today, enough to pick up the guitar that I’ve been staring at for months on end just wondering when the inspiration would strike. While it nearly came immediately on the new SlimDali EP…we’re not quite there yet…so hang tight, we’ll be getting to that very soon…

So…there are three tracks…all with a post-punk/electro/new-wave kind of feel to them, all with a rock-edge that either drives the energy or lays cleverly in the song’s subtext…every one of these tunes possesses massively strong dynamics of song-writing on vibrant-display. The final EP in SlimDali’s three that make up this trilogy-set of releases – I can’t imagine capping it all off on stronger material than this – The Clique EP is freakin’ hot like FIRE!

“Holes” starts this up and immediately raises the bar straight up to the rafters of your expectations – its slow, hypnotic, funked-out groove is a lot like something you’d find on Depeche Mode’s Ultra album…but where DM often struggled to find those mainstream-style hooks as they defined their sound at their outset – SlimDali is taking their cues and taking the entire sound right to the next inventive level. Best way I can put it is to say that SlimDali is clearly already at a stage in his career already where there’s a clear idea on what the sound is supposed to be like, move, twist & turn – everything about these tunes sound 100% ready to go. “Holes” being no exception to that, starts of The Clique EP on an unbelievably smooth-ride as the music and vocals begin to build and kick right in to its confident & strong chorus. With just the repetition of a single word…and the helpful addition of insanely addicting sounds & textures in the music not hurting the song in the slightest, the chorus consumes and captivates while the verse provides excellent contrast through its indelibly crystalline-smooth sound. Perfect way to start!

But let me just say…straight-up as plain as I can say it…”Hourglass And The Party Cat V1” is absolutely freakin’ GENIUS. After listening to this track around ten-fifteen times, I eventually broke down and attempted to figure out some guitar chords close enough so I could crank this up in the studio and jam along to it. And THAT my friends…is how I’ve spent at least another half-hour of my day today, just throwing this song to jam it out and release the energy – because this….song…kicks…ASS. Not just a piece of the ass, or a little of the ass – I’m talking the WHOLE ass…it kicks it ALL. The riff and pulsing beat combined make this track so incredibly groovy…it’s like someone fed The Dandy Warhols a triple-dose of whatever they regularly take – and this incredible trip is the end result. The way the vocals lead their way into the chorus has all the right energy and punch…the words, mostly impossible to make-out…and I couldn’t care less…that wasn’t the focus here on “Hourglass And The Party Cat V1.” Everything about this song is about losing yourself straight into the madness…there is more lasting depth and sharpness to the hooks in this song than there are currently fishing in the ocean at any given moment. I pretty much had to tear myself away from listening to it just to get to the third & final track, “Disguise Draft Vers 3” – but I want it on record that if no one’s approached SlimDali to do the video for “Hourglass And The Party Cat V1” – I want IN – let’s DO this thing and trip the entire world out SlimDali, whaddya say?

Of course…in saying all this as enthusiastically as I am…it’s only logical that the final song would pale a little by comparison. “Disguise Draft Vers 3” barely stood a chance after the electrifying rhythm & groove of “Hourglass And The Party Cat V1” – but it does the best it can. It would be hard to argue that the hooks of the final track are quite as strong as the first two on The Clique…but it has enough beat & style to its performance that it’s certainly enjoyable still…almost like a compromise between the two sounds that precede it. There are artistic qualities galore all throughout these hooks that sometimes it’s almost something that sneaks up on you – but they’re there, in each and every song…qualities that reflect an artist that isn’t simply looking to rehash old electro-grooves or bring back the 80’s – SlimDali is clearly looking to break new, exciting, creative & rhythmic-ground in music; you know we dig that here!

Find out more from his official page at: http://slimdali.com/ and check out his previous EP’s through Soundcloud below!