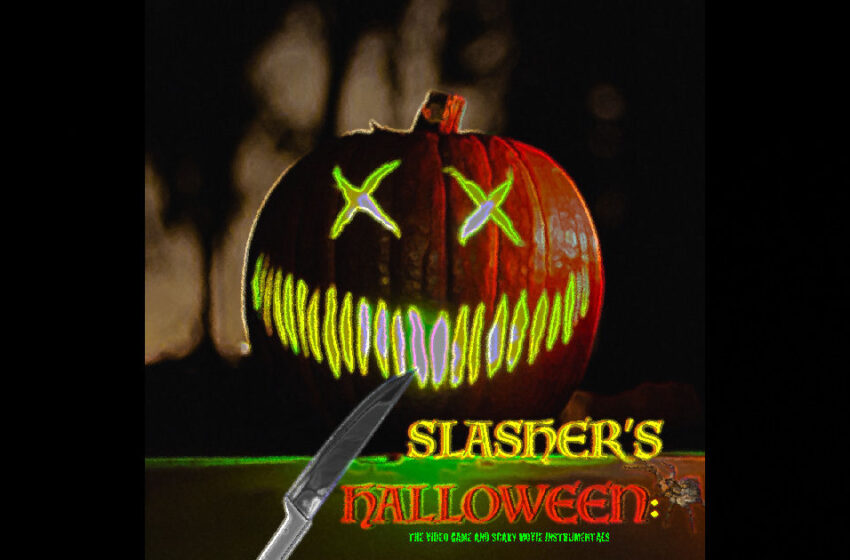 That’s a whole lotta title up there.

Alrighty…so.  If you read my last review on Skullraiser from back in August this year, you’ll kinda know a bit about what the dude creates in the realm of horror soundscapes & recreated soundtracks & all that – and true to form, that’s more of what we’ve got from him here in review today.  He gets right into what he does…which is…probably a good thing – it’s an underappreciated art-form to begin with, music that is – but it’s even more pigeonholed, narrow and niche when it comes to the world of scores, compositions, instrumentals & whatnot…that’s just the nature of the game.  Ultimately, the artist should always be what fuels the art anyhow, regardless of whether or not someone see what you paint, or hears what you recorded, or tastes what you’ve cooked up – it all comes down to YOU in all those scenarios, so keep yourselves happy in what you do & literally fuck the rest.  Maybe you’re like Skullraiser and content to go that route…maybe you’ll even beat the odds despite balking at the use of social media and the tools people use to create awareness in the modern day…they say music is all about timing, so by that theory, really, no matter what you choose to do or when you choose to do it, you’re still rolling the dice, 100%. 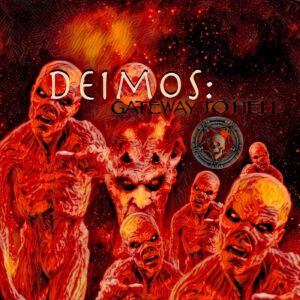 As far as I can tell, for the objective he’s set out to achieve, there’s no reason not to give Skullraiser the green light for what he creates.  I am not gonna be the guy that goes to bat for a track like “Maniac Cop (Origin To Re-Animation)” being THE song of all songs you need to hear this year – and I don’t honestly believe that’s the intended purpose behind what Skullraiser does anyway.  I mean, first of all, this track comes off of a 2019 record to begin with, so there’s that…we’re reaching back in time to his album called Deimos: Gateway To Hell for this particular cut…as to what the reason for that is…unknown at this time.  Why not, would be a better question I suppose – if there’s a bad time to promote your music, that’s a time I’m completely unaware of.  Still…it is a little strange to send these tracks around when arguably something like “Maniac Cop (Origin To Re-Animation” doesn’t really do a whole lot inside its short 2:12…like I’m just not really sure what kind of opinion any of us could form, let alone myself here.  Do I enjoy it?  Sure.  Would I listen again?  Yes, also sure.  Would it be more suited to support onscreen visuals than stand on its own?  Quite likely.  Am I hearing anything that makes me NEED this experience again…I’m not so sure that’s the case here, but I’m also not at all sure how important that really is either.  Like I said from the start, he’s appealing to a narrower audience (in scope y’all, settle down – in mindset, they’re as open as music-fans can get – relax) – the reality is that the people out there that dig on listening to soundtracks & scores & all that kind of instrumental ambient stuff will have no problem at all diving into Skullraiser’s world…and really, that’s all that actually matters.  I don’t hear “Maniac Cop (Origin To Re-Animation)” being the song that all of a sudden pulls people onboard & into the instrumental realm – but in terms of the objective and what he’s set out to achieve, it’d be hard to take any points away.  Production-wise, it’s on-point, it sounds brilliantly clear, eerie, and haunting – all qualities that Skullraiser has proven to create effectively time & again with his material, and a track like this one that takes us backwards on his own timeline to the previous record helps illuminate that fact.

I’m probably a lot more partial to “Yuma Flats Hills Have Eyes (The Hill People Remix)” personally – I just enjoy the deeper & darker sound this song has overall.  Mind you, I really liked the atmospheric elements that you’ll find in “Maniac Cop (Origin To Re-Animation)” too…I suppose it’s just a matter of this particular vibe resonating more with me & what I’d usually listen to in the ambient genre.  Working with pulse-like sound that echoes that feeling of a rapid heartbeat, a track like “Yuma Flats Hills Have Eyes (The Hill People Remix)” manages to pull off something really stellar in that it’s every bit as intense as it is subtle.  While it also remains fairly static throughout its length, which is oddly the exact same time as the previous cut weighing in at 2:12 – it is an intentional part of the design.  The real bottom line is, Skullraiser knows precisely what it is he’s looking to achieve with the music he makes – he’s the one in control & the only one that can really tell him what it is he’s putting this effort in for…if he wants to make it all in a minimalist design to the nth degree, I say have at it – there’s tons of people out there that dig this kinda stuff, even if they’re not the type of people to stand up & shout about it, you feel me?  In situations like this where an artist is making music that’s decisively outside of the mainstream from how it’s made to how it sounds, to how it’s put out into the world & how it’s perceived – really all you can ever ask for, is that the person behind creating it all hasn’t let themselves down…the rest of us listeners are just arbitrary opinions that are as fickle as they come.  “Yuma Flats Hills Have Eyes (The Hill People Remix)” appeals to me, because I love that this melody digs right into the dirt…there’s a sonic depth to it all that’s definitely enticing, even if it’s not really movin’ around all that much.  Will others feel the same?  Will they LOVE this stuff instead of just like it?  Does any of that really matter?  Time will tell I guess, like it always does.  For now the main thing is that Skullraiser is into it and committing to his craft…at the end of the day, I like to think that leads us all to the places we belong.

Listen to more music by Skullraiser at Spotify here:  https://open.spotify.com/artist/75vUXc786XhtnWMjyHDtCR