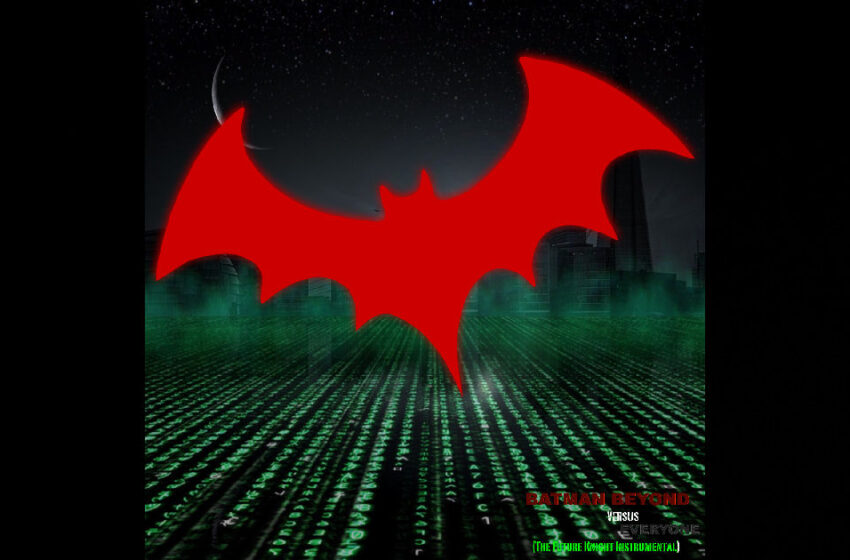 Well there ya have it…here I was thinking I had reviewed Skullraiser in the past here officially on our pages, but as it turns out after a quick search through the SBS archives, this is actually the first time.  Did I misspell the tag or name in the search or something?  Bottom line is, I certainly remember this bizarre chap from way out yonder on the internet and the music he makes – Skullraiser is a soundtrack-type dude…a genuine movie buff that has more knowledge than you could fit upon your hard-drive…likes his Batman stuff, his horror films & whatnot…he’s good people, mysterious as he may be.  And yes, chances are, he’s wayyyyyyy more into his tunes than most would be…that’s kind of the nature of the game when it comes to the film-score & soundtrack crowd and there really can’t be much done to change that up at this stage of our human evolution.  Or devolution, whichever side of the glass you see life from…

But there ain’t no harm in that – you know how I feel about it already if you read these pages on the regular – do what you do homie.  If the people out there catch on, freakin’ fantastic – if they don’t, hopefully everyone is still sleeping soundly the same damn way.  All we can do as artists is stay true to what we love, what we wanna create, what interests us, and who we are from the inside to the outside – you stick to those things, and you’re always in good shape to make great art & music.  Whether that gets recognized by family & friends, or an international crowd of internet sloths, who knows – I’m a firm believer that if you stay the course & focus in on the craft of your art, the people will eventually come around – and yep, in any style, sound or genre – even the soundtrack crowd.  At the very least, when it comes to the actually community of instrumentalists out there and digital warriors that are all connected to creating soundtracks & soundscapes & scores & compositions & all that, they know they can always lean on each other for support out there, because they all go through exactly the same thing.  Most people probably don’t get it – but that whole community of musicians do – and achieving respect within that realm is quite likely an accomplishment that’s on par with the worldwide fame and stardom.

Because at the end of the day, with or without vocals, you still want your music to be heard.  Doesn’t mean it has to be heard by EVERYBODY – and hell, what a waste of time that would be anyhow!  You want to find your way to the place where you belong as a musician, get those nods of approval from your peers out there that understand what it is you really do, and build a legacy you can stand behind, backed by supporters that continually grow exponentially, because they can rely on you to supply that one thing that perhaps no one else does.  Or even IF someone else is doin’ it, maybe you do it better, or maybe you do it more…the point is, if you’re sticking with what works for YOU, then to hell with the rest – people out there will catch onto what it is you’re laying down continuously & come on back for more.

I would imagine at this point that fans of Skullraiser would certainly know what to expect.  It’s not gonna be Top-40 material, it’s not gonna be typical, it’s not gonna be something you can sing along with – it is definitely not ‘a bop’ – whatever TF that is, no.  He makes music with specific intentions, quite often geared towards specific themes, characters, or even scenes from stuff he’s been watching – the music is pretty straightforward in design overall, but it hits the mark of his ambitions, and the reasons as to WHY he’s making his music in the first place.  And right on.  There’s always going to be a trade in that respect when it comes to artistry versus accessibility…it’s tough to have both on a massive worldwide scale, but you can certainly carve out a niche of your own that’ll keep you plenty satisfied in this lifetime I tell ya.

For example, “Batman Beyond Versus Everyone.”  According to the man behind the music, “this particular score surrounds Batman Beyond and how the teenager was selected by Bruce Wayne to take on the Mantle of Batman in the year 2029.”  I mean…sure?  I might have a Batman tattoo & all, but I am positive my knowledge of the entire cannon would pale in comparison to what Skullraiser knows about it all – so I’m more than willing to take his word for it.  Do I like what I hear?  Also sure – why not?  It’s clean, it’s crisp AF, it’s intense, and it hits pretty hard for the short amount of space Skullraiser tends to rock within.  There’s an argument to be made that you’re essentially listening to slight deviations on one riff for the majority of its length, which pushes just past the two-minute mark…but at the same time, there’s enough tangible changes in the structure to make it more than just merely repetitive too.  He’s used the time he has as wisely as he could.  Bottom line is, the intensity & clarity stack up big-time, and that’s a massive asset for Skullraiser’s music overall…between those two elements alone, he creates genuine engaging sound that’ll retain your attention with no issues – I mean, heck, by the time you even give it a spin for the first time and start to work your brain around the short array of subtle and savage sound comin’ atcha, it’s pretty much all over and back to the start you go for a second round, as you should.  There’s no doubt that Skullraiser’s tunes pass by really damn quickly, but especially on that first spin – your brain is simply trying to absorb all the audio awesomeness it’s taking in, and the chances of making sense of its twists & turns, clever edits & transitions on that initial listening experience are next to nil – it’s in the repeating of this cut where you really start to be able to get your head around it and fully appreciate the way it supplies seriously sonic moves & grooves.  Next thing ya know, you’re likely hooked right in for many more listens to follow – Skullraiser’s given this cut the vibrant energy it needs and just enough diversity in the dynamics to make every moment count throughout this two-minutes & six sick seconds.  He’s workin’ with live-wire vibes here, & harnessing the energy like a real professional. 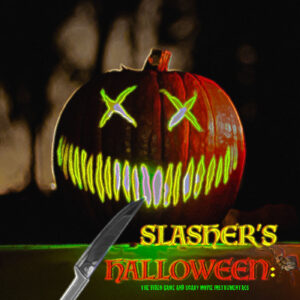 So again, something like “Wrong Turn In The Woods (Three Finger)” is probably less likely to appeal to the masses in a widespread sense, so much as its geared towards the people that dig their soundtracks & soundscapes & all that…the audiophiles out there, essentially.  Personally, I’ve got no issues here – I get that what Skullraiser does ain’t gonna be for everybody, but like I’ve been saying from the get-go here, he’s dialed right into the style & sound he’s looking to create, and he’s executing without flaws.  It’s hard to get jump up & down excited about a track like “Wrong Turn In The Woods (Three Finger)” and I get that – but in terms of its assembly, quality in sound, and the haunting atmosphere that Skullraiser was looking to create, there are no faults to be found.  It’s got texture, it’s got tone that will induce a few extra heartbeats outta ya, that slight hint of ambient sound in the mix to make it alive and bounce outta your speakers, all subtle as it may be.  Then that glow of the aura that creeps in just past the first minute, supplying that slow pulse & ominous sound while the birds are chirping so carefree up above…these kind of details stack up well in favor of a quality listen.  In the right place, in the right setting, in the right context, tracks like these are every bit as essential to creating an atmosphere of suspense, especially when you’re considering the types of soundtrack vibes that Skullraiser is working with – dude would have no problems at all scoring a film from start to finish at this point already in his career, and I wouldn’t be at all surprised to see the guy head in that direction over the years to follow.  Keep doin’ what you do there brother-man, it’s quality stuff.

Tags: Batman Beyond Versus Everyone Singles Skullraiser sleepingbagstudios Wrong Turn In The Woods