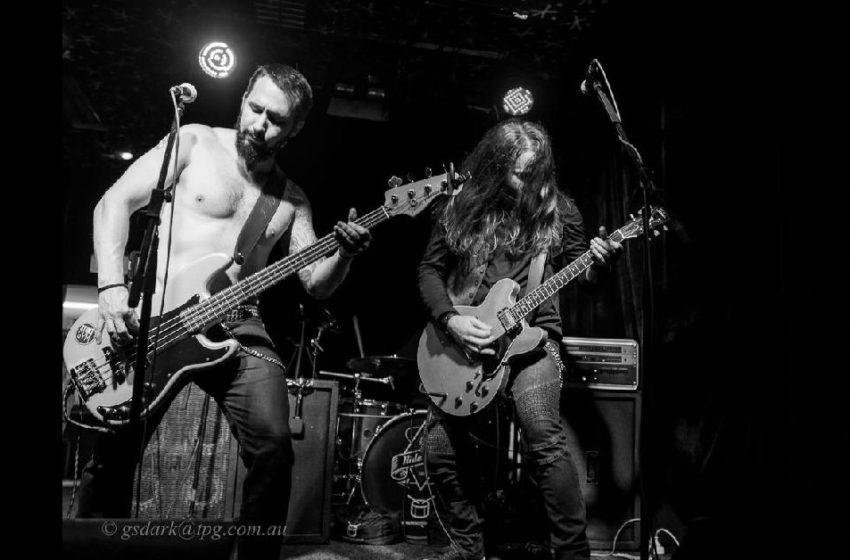 Heyyyyyyyy…props to this crew based out of Sydney, Australia…Simple Stone has sliced off a solid rock song that’s designed to draw attention & awareness to the growing issue of homelessness in their area.  “Not Pretty Enough,” and the video that come along with it provide us all with a reminder that there is still plenty else going on in the world that doesn’t just stop because of a worldwide pandemic – chances are, homelessness is an important issue that affects where you live as well, or someone you know.  It affects us all…or at the very least it should…I think you gotta commend Simple Stone for putting this tune out there in the middle of this traffic-jam of information we’re all trying to absorb and pushing a song for a cause they’re committed to, even if it’s more of an uphill battle than was once anticipated.

For those of you out there that aren’t familiar with the original, “Not Pretty Enough” is a cover of the Kasey Chambers single.  Talk about making a song ‘your own’ will ya?  For real…put on Kasey’s version one day and compare it to what you’ll hear on Simple Stone’s cover and you’ll discover that the two songs are worlds apart in terms of style & sound.  That always speaks strongly on behalf of a band that’s got the ability to adapt & thrive when it comes to making music.  I’ve always maintained that a great song can translate from genre to genre without skipping a beat, and chances are, just like you’ll hear in this version of “Not Pretty Enough” by Simple Stone, you’ll discover even more about a tune by allowing it the opportunity to be approached from an entirely different angle.  I mean…it’s still gotta be done right of course…the performance & the passion have still gotta be there on display…but Simple Stone takes care of that with confidence and a supercharged rip through this Rock-infused cover variation.  You’ll see how the video ties into the sentiment & reason they chose to cover the song to begin with, and you’ll see from the heavy filter on the visuals and moving scenes right from the streets that they’ve really put thought & effort into this.

You just never know…it might even land’em on…uhhh…hmm…what’s that place called again?  Forgive me, I’m Canadian and across a whole bunch of sea water & oceans away from where Simple Stone are.  Triple J!  Yaaa!  That whole series they’ve had running for years called Like A Version – that’s the place I’m thinking of!  Simple Stone could very well end up there, and recognized far beyond for their efforts on “Not Pretty Enough” – they’ve put together a quality cover with a real heartbeat to it, and whether it’s through the song, the video, or both – you’ll find their music & message resonates powerfully.  Which seems to be the case for their original songs as well incidentally…Simple Stone has got a rock-solid following & loyal fan-base, with a ton of people out there across the globe digging on their last record called Chronicles Of A Faded Heart.  Find out more about Simple Stone at their official website:  https://www.simplestoneband.com.au