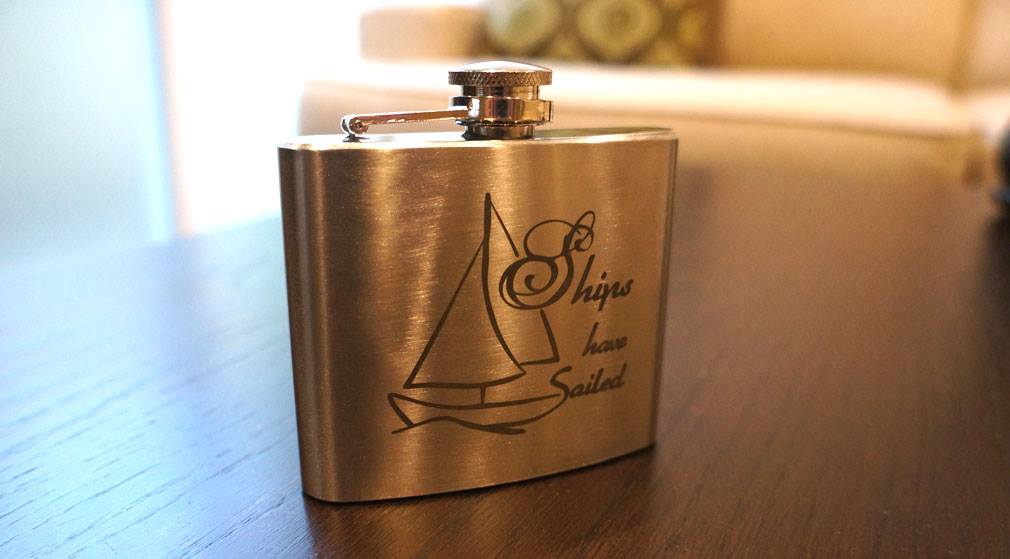 Will Carpenter and Daniel Hange…let me just tell ya guys…you are DANGEROUS! I feel like each of these songs were designed to fit squarely into my rounded face-holes never to leave now that I’ve heard the latest EP, Re: Mix. Incidentally…that’s a freakin’ brilliant title – no one out there has come up with that yet? Genius! What else can a wordsmith say? Even the title managed to grab my attention and thankfully this duo of mixologists make music every bit as good to back that clever title up in-full.

These songs all come remixed & refreshed from the album they’ve just recently released called Moodswings earlier on in the first quarter of 2015. While we had yet to be turned onto the music of Ships Have Sailed at that time…I’m almost afraid to go and have a listen to these four in their original versions now when the remixes I’m hearing are so damn good! That happened to me a while back too when first discovering Bloc Party’s Silent Alarm album…much like Ships Have Sailed, they recruited a top-tier team of remix-aces to give a second-life to their songs and it WORKED, just like this has…but the result was that I became addicted to those versions…they became my precious originals when traditionally it would have been the other way around. Such is the case today…I don’t know their album Moodswings…but after hearing Re: Mix, I couldn’t imagine not at least clicking the link just once…these songs on this EP are fantastic and I figure they had to have at least started that way in their original forms to come out this incredible remixed.

Beginning with the “Summertime (Matt Chiarelli Remix)” – the energy kicks off instantly into synth-led good times on the Re: Mix EP. Massively-catchy and electrically-rhythmic, there’s a fantastic swell of sounds in this tune that all pulse & blend together with vibrant dynamics building-up & breaking-down the beat in this opening tune. “Summertime (Matt Chiarelli Remix)” still manages to place an intense focus on the melodies created through the vocals…again I’m not entirely sure about the original assembly of it all, but this works fantastically in the remix. At the outset of this EP, Ships Have Sailed come out sounding comparable to the energy & atmosphere in Owl City with a more defined edge to the music like Capital Cities, fun rhythms like Passion Pit, or a more serious vibe at times like Styrofoam on the following tune “Out Of Time (Goatmilk Remix).”

Okay…first of all…is there REALLY a dude out there at the mixing-deck who is actually going by the name Goatmilk? With three more verifiable name-names remixing the other three tunes on this EP, I’d have to assume that there IS indeed a Goatmilk out there…and after listening, I’d assume this Goatmilk also has an excellent ear for sound & production. Did I also mention that just using the name Goatmilk is an entirely awesome decision in a music-career? LOVE IT.

But much like I dig the title of Re: Mix as an EP, it’s the music that matters in the “Out Of Time (Goatmilk Remix).” The way this track floats along innocently with bright electro-sounds opening it up against a smooth vocal-flow and brilliant melody-line keeps it subtle at the beginning. The low-end sounds beginning to creep in, glitches and a full-switch in sound come along for the chorus…which is largely instrumental and uses one of the most addictive sounds you’ll hear this year. Very smart composition here on this tune…the verse works phenomenally well already, and the fact that the chorus can survive fully without words and through its catchy electro-rhythm is a testament to solid music overall – this is a great tune!

Mike Vincent keeps the smoothness going, taking the controls on the remix for “If Only.” A solid tune built on smart arpeggio-rhythms through the electro-elements and a widespread stereophonic drumbeat that really hits the spot. There’s an uplifting undertone to this entire tune – the “If Only (Mike Vincent Remix) gets a solid treatment that allows the melody lines to really breathe and weave their magic thoroughly. Quite minimal in spots comparatively to the rest of the tracks on the EP, Mike Vincent gives a demonstration on the effectiveness of space in the atmosphere of the music just as much as he’s putting on a clinic for flawless assembly. However Ships Have Sailed have found these remix-talents, or wherever they had to sail to in order to get these versions…it’s all been highly worth it for both them as a band and us as listeners.

What was unjustifiably disproportionate for me was the hit-count for the songs on this EP. How in the world the final tune “Drive (Dimond Saints Remix)” has nearly hit the 20K mark before the other three have even hit 1K respectively…I just don’t know. I’m not saying that “Drive (Dimond Saints Remix)” is a bad tune – it’s not; but there’s almost no argument that would hold up against this one being called-out as the most static and possibly least dynamic rhythmically or musically on the entire Re: Mix EP. To phrase that differently…I LIKE “Drive” – but it don’t DO a whole lot! So…yeah…I mean…as far as atmosphere, mix & production are concerned, it’s all as tight as the rest here on this final cut…but that versatility, hook & rhythm took a backseat as the vibe in the music/EP takes a massive departure in this last track. The resulting sounds come out a little darker, a little more menacing than the other three tunes…and I’m not entirely sure of that move as an ending after being shown three songs with more spark, rhythm & life to them beforehand. By comparison to the preceding three songs, “Drive (Dimond Saints Remix)” left me wanting a little more at the end here.

That being said…what better excuse to automatically jump to the replay button and hear it all again?

Find out more from the Ships Have Sailed official page at: http://www.shipshavesailed.com/