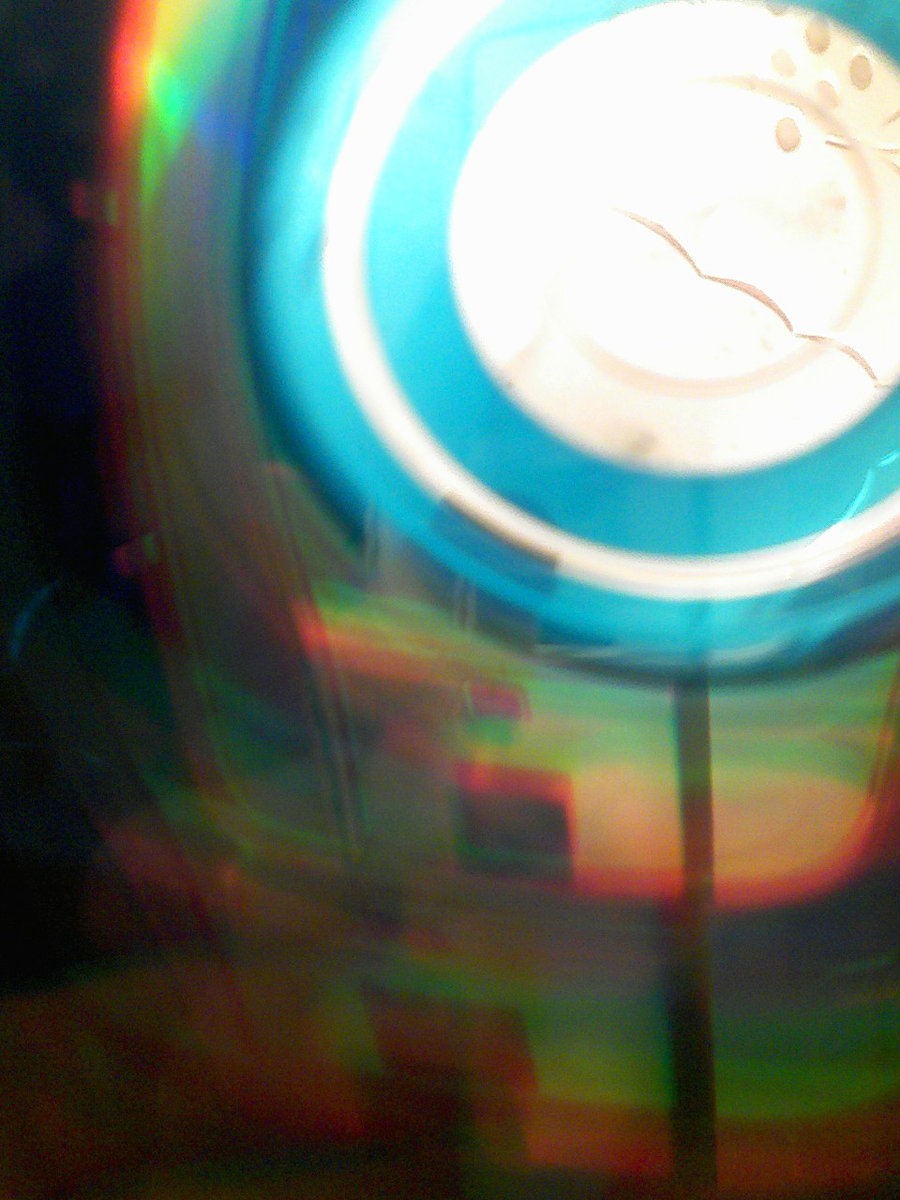 She Likes Todd – Over The Counter Culture – Album Review

One of the best aspects of music I’ve always appreciated and loved perhaps more than any other is simply how it can lead you from point-A to point-B and continue on and on through C straight til the end of the alphabet in terms of ‘this guy was in that band, that dude also plays for these guys’ etc. Depending on how far you want to follow a band or a particular sound, you can end up with an entire back-catalogue, underground-tunes, their own favourite bands & influences music…hell, maybe even what their parents used to listen to. While what mom & pop are listening to isn’t usually my main concern – I think you all also know me well enough to know I’ll always explore the avenues that catch my interest and see if I can find out a little more…and wouldn’t you know it, that’s exactly how this review came about today! How’s that for a subtle set-up?

She Likes Todd is linked to none other than Rob Sulzmann – who we just reviewed in his lone-wolf project Down Solo about a week back or so. Well…Rob and I got to talking about the old punk days…and a comment I made during the review of the Down Solo album regarding a song called “Life Local 2 Me” and how I could practically hear the song in a full-band setting while listening to Rob play it solo on his record led him to ship me the album Over The Counter Culture from She Likes Todd. As it turns out – “Life Local 2 Me” was actually a song he had adapted FROM his band in She Likes Todd to his own solo-version; so what turned out to be a wild-assumption actually turned out to be an immediate reality – I could totally find out now what this track would sound like with guitars, drums AND bass!

So…I suppose that’s what got me here today. What kept me here was the ripping & gripping power-punk tracks on the rest of the album – I was a big supporter of what I heard on the Down Solo record and while in a sense having a full-band makes the sound a little more ‘typical’ than what we heard on that album here with She Likes Todd – there’s no denying that if you’re a fan of bands like Lit, NOFX, Seaweed and that all-out attitude of punk-rock that you’ll find just as much here to listen to. “I’m Breaking The Shit Out Of Myself” starts the record out with that familiar sarcastic/defiant attitude & atmosphere that has gone on to make the genre notorious. I mean…c’mon…it doesn’t get any more punk than starting out your album with a song called “I’m Breaking The Shit Out Of Myself” does it?

Within the first three-minutes they blaze through their opening track and She Likes Todd has already established a massively entertaining opening that includes melody, chaos and extraordinary (and actual) breakdowns on “I’m Breaking The Shit Out Of Myself.” Taking it into “Life Local 2 Me” – back-to-back these two songs open this record with a powerful-grip on your attention through the melodic-hooks. “Life Local 2 Me” sounds like vindication to me! I was pretty sure this song would be pure-awesomeness with a full-band behind it; and not taking anything away from the Down Solo version which I love as well – this definitely hits the mark. The quickness, the melody, the hooks, the delivery…it’s all there. Doesn’t seem to matter what form I find it to be in or sound like, “Life Local 2 Me” is just a damn great song!

“Where We Are” is where you get a severe dose of some punk-musicianship! In that first minute…jesus…it’s almost like they played a punk-version of Tool’s “Schism” for a second there…but yeah…like the entire song in like 30 seconds. Alright…tone-wise it’s not anything the same at all…but listen to that playing from the drums, bass and guitars – holy fuck! She Likes Todd launches into a direct assault from there and never lets up throughout the duration of “Where We Are.” Excellent tones & sounds from the guitars and their distorted-grind…this track is built to bring the mosh-pit roaring to life in front of the stage. Attention security guards: Your lives will become hell the moment this starts. This song is fire-starter for massive-crowds to start getting all-kindza-wild and burn that whole mother down. The electric energy of “Poor Kids On Mushroom Tea” certainly isn’t going to provide those guards with any kind of reprieve – it’s another smart set of back-to-back punches from She Likes Todd on their 3rd & 4th tracks. “Poor Kids On Mushroom Tea” has one of my favourite vocal-flows on this record in the verse…the chorus is equally rad. Impressively, She Likes Todd continues to incorporate a serious amount of true-musicianship into this record with crazily-complex rhythms and grooves that storm, pound and fucking WORK from every angle you hold them up to examine them from. Whether you’re a casual fan of punk, or a dedicated music-junkie like myself – there’s a wealth of ‘something’ here for you to enjoy; just depends on what it is you’re looking for to listen to…but aside from a smooth R&B feel, you can pretty much assume you’ll get what you’re after here on Over The Counter Culture.

Flexing another clever muscle in their music, She Likes Todd slams into “We Party Hearty, You Hardly Party” with a vocally-rhythmic flow that makes the most out of the title’s wordplay in the powerful chorus-hook. Using the harmonies and metering to their advantage entirely, they confidently storm through the beat and melody of “We Party Hearty, You Hardly Party” as fast as their fingers and words can carry them. There are moments in this track where it sounds/feels like they just BARELY get to their transitions in time to change to that next part, but man, within milliseconds maybe…they DO pull it off every time. HUGE HOOKS in this song…it might have a little bit of awkwardness, but overall this is a rad jam that really puts the fun into the middle of this record. If that doesn’t do it for you – the rubbery and ripping bass of “Explode” WILL. A little more lo-fi than the rest of the jams on the record by a touch in the production – “Explode” takes a completely impressive run through its nearly three-minutes. Like an expanded idea from where the album first began – you get melody, you get chaos…you get intense musicianship, solos and real passion in the playing. For a punk band…shit…they’ve almost got me pretty convinced they actually CARE about their music! Is that still punk if they do? Shhhhh…don’t tell…

For all of just-over three-minutes, some of the best in the writing of She Likes Todd comes shining through on “Tour Town.” A real blend and amalgamation of sounds from all throughout music’s timeline, it’s still punk but it manages to borrow and incorporate melodies and twists in the writing that could potentially find their way back into the 1950’s…again, just a hell of a lot less punk. In some ways I can hear that this might be the song that would potentially become the most overlooked on this record…in many other ways I think it’s songs like this that stand the most potential to last over time. There’s a ton going on here in the transitions, verse, chorus and overall instrumentation that the writing calls for on “Tour Town” – and they NAIL it. Maybe…if anything…bring that last set of “Tour Towns” in the vocals up a bit in the energy to match that final rip at the end of the song…but that’s a pretty minor adjustment and more than likely, one often made live from the stage; that’s a moment in music built & ready for the vocals to belt it out – I think She Likes Todd has the tools and abilities to pull off those big moments, so go for’em!

Perhaps the smartest title you’ll ever find, the ambitious “NOtFX” is a solid ending to this wild-ride. Fueled sharply by the blend of clever vocal-flows & melody in combination with the amped-up music and razor-sharp hooks…”NOtFX” is the kind of track that makes you wonder how in the hell you haven’t already heard of She Likes Todd by now.

Oh! And wouldn’t you know it…they damn near make me eat my own words here at the end of the album; it’s not quite R&B…but would you believe this punk-band of musical-mayhem busts out the ol’ keyboards and synth for a moment? Not just a moment…they ride this smooth-sound right to the end in about the most anti-punk ending you’ll ever experience on a punk-rock record.

So…hmmm…if it’s the most anti-punk ever…then that means it’s like…super fucking punk doesn’t it? I always forget how this works, but I’m pretty sure that’s the verdict here. Gripping tunes performed with massive energy, intense skill and a thoroughly rad attitude fully on display – She Likes Todd comes out grinning & winning on Over The Counter Culture.

Find out more from their official Facebook page at: https://www.facebook.com/shelikestodd

Tags: Album Down Solo Over The Counter Culture She Likes Todd sleepingbagstudios