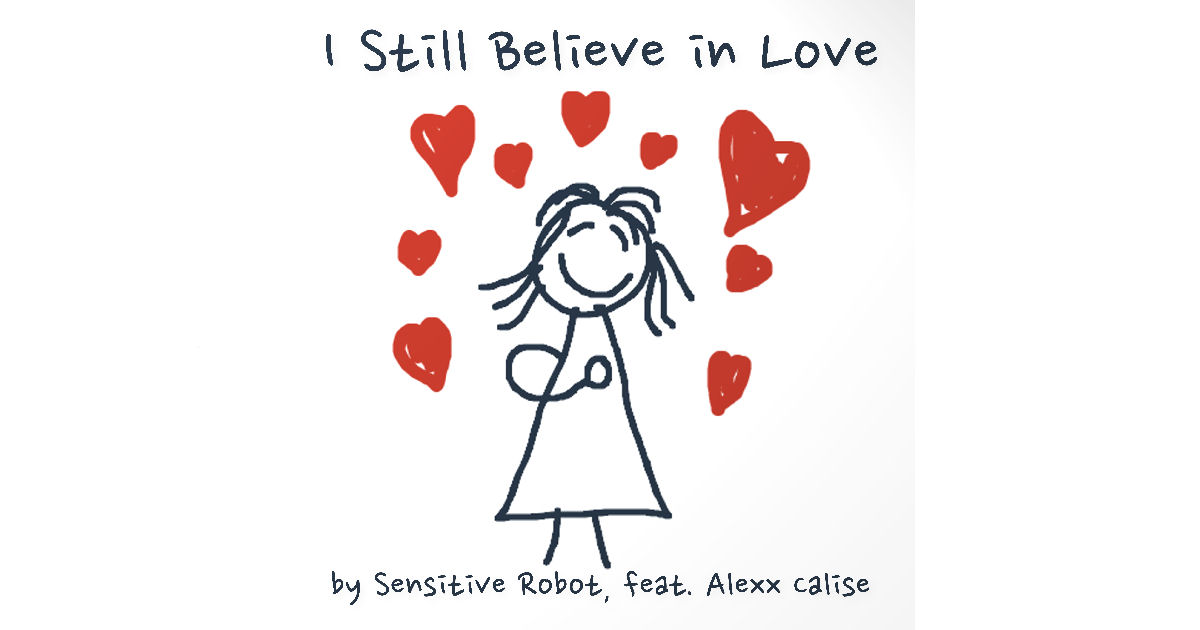 Here’s a high-caliber collaboration that’s already proven to be capable of fantastic music.

Sensitive Robot has definitely become an essential part of the soundtrack of 2019, no doubt about that.  From the first time hearing the music made in this project I’ve been impressed – just so happens that initial experience also happened to feature the world-class vocals of the fantabulous Alexx Calise as well…a song called “Rise” that they put out earlier this year back in April.  Right from that moment though – I could tell there was something special brewing in Sensitive Robot; I might not have even been fully sure of what it was exactly, but I could recognize it was there…and I could hear it was ready to grow.  Like a seed just waiting for a sprinkling of water, you could tell that Sensitive Robot was about to bloom in-full this year – “Rise” made for an outstanding introduction to this project, and to Calise.

Confirmation came in the form of one of the slowest, saddest, and straight-up best tunes I’ve heard this year with the Sensitive Robot single to follow, called “This Lonely Place,” released about a month ago.  A jaw-dropping moment of humble & sweet melody set in the most heartbreaking of scenarios – it was music that spared no emotions; for as subtle, quaint, and inviting as it appeared, it hit harder than most songs ever will when it came to the theme, lyrics, and overall focus in the songwriting.  There’s no doubt that it didn’t have that lively spark that the collaboration from Calise had previously on “Rise” – that’s the natural result of subtracting a magnetic & charismatic personality like hers from the equation; but it also wasn’t trying to be that same thing by any stretch – “This Lonely Place” was an entirely different side of the Sensitive Robot sound in comparison to the first single I heard.  Not made better because of the absence of Calise – that’s not the case; but quite arguably at the end of the day, it was a better song.  As much as we could ever try as listeners not to compare one tune to the others or gravitate towards what resonates inside us most…that’s just who we are; I’m no exception to that rule.  “This Lonely Place” was the kind of song that, when upon hearing it, I made a mental note to remind myself that, no matter what the next single I’d hear from Sensitive Robot was going to be, it likely wasn’t going to be ‘that’ one – know what I mean?  “This Lonely Place” is just that rare of a gem…you hope you’ll find a tune like this as you create songs as an artist or band in one lifetime or career, but it’d be almost outright wrong to simply expect it could simply happen twice…it’s not impossible, but it’s not every day.

So fresh palette, open mind, here I go, pushing play on the brand-new tune from Sensitive Robot, called “I Still Believe In Love,” with Alexx ready to do her thang on the m-i-c that she does so very well once again in this latest collaboration.  An immediate switch in the direction of sound – it’s actually going to be the accordion of all things that you’ll hear first – and it’s a main staple of this song.  So!  There’s that – and it’s a factor for sure…it’s an instrument that some listeners respond to, others don’t – and that’s hardly a secret from anyone out there that knows what an accordion is & sounds-like.  Right away, that tells me that Sensitive Robot & Calise are willing to take a chance on this tune…the ol’ artistic gamble in a sense, rolling the dice on a non-typical sound that might just spark your interest more than you’d think – check out the official lyric video below!

Thankfully the notes I had attached with this single confirmed I wasn’t entirely crazy when I first started listening…I was immediately convinced that I was hearing a French-influenced sound, but then had to reconcile that quickly with the possibility that, maybe that was all I had been shown through movies & television…maybe it wasn’t a French vibe at all.  After reading that “I Still Believe In Love” was fashioned as a “sweet, romantic French-style ballad” I breathed a sigh of relief…I wasn’t musically stereotyping; that influence on the sound of this single was genuinely there.  Which then led me to this whole thought-process of wondering just how much French people dig on the accordion if it’s somehow as natural to pair the instrument with the country as it seems to be…is it like, you step off the plane and upon entering France you hear accordion instantly, just like you hear bagpipes in Scotland?  I don’t know any of these things to be true and I clearly need to take more trips to more places to actually learn some stuff that happens outside of this studio…

Anyhow!  I suppose the real point is, mission accomplished, right?  It’s within only a few seconds into this single that you’re already whisked away from wherever you are and placed somewhere in France – which is a serious accomplishment in such a short timeframe, truly.  The piano will take over largely from there in the music soon after, revealing Calise as well, as she steps into the spotlight to sing a beautifully inspired set of vocals on this new collaboration between her and Sensitive Robot.  Playfully performed and moving perfectly with the gentle sway of the melody, the poetic lyrics are structured with precision to get that essential spring off the energy from the music, which Calise makes the most of in the way she sings this song as vibrantly as she does.  “I Still Believe In Love” is like a tour through the cycle of never-ending heartbreak we have all experienced & can relate to in the pursuit of love – and just like you’ve no doubt learned yourselves already, no matter what it is that we go through on our quest for companionship or how wrong it goes – love is also the last thing we’d ever wanna give up on.  Through the lyrics and Calise’s ever-expressive vocal-style, the relatable feelings in a tale like “I Still Believe In Love” instantly connect to ya…what they’ve got here is a song that gets right to the heart of the matter entirely, beautifully detailing both the never-ending joy and short-term pain we experience in the relationships we start & finish…and how no matter how many times we’re knocked down, we happily get back up, ready to do it all over again somehow.  Because that’s the true power of love; it can put us through all these terrible things that nearly break us completely – but we continue to pursue.

Rob Johnson at the helm of Sensitive Robot and Alexx sound excellent together in their harmonies, and Calise gives you an excellent dose of vivacious, colorful, and character-filled vocals when it comes to the lead.  Main star of the show on “I Still Believe In Love” is most likely the overall concept & theme, and the accompanying songwriting that comes along with it to bring that to us, of course.  When you examine the precision in the words, combined with the professionalism & pure passion that both Sensitive Robot and Alexx Calise bring to this collaboration, you’ll hear what I’m saying – they’ve put together an insightful & sincere single that genuinely reflects what we as people, are really all about.  “I Still Believe In Love” – and you know you do too – and that’s what ultimately makes this cut connect.

Find out more about Sensitive Robot at Facebook here:  https://www.facebook.com/sensitiverobotmusic

Find out more about Alexx Calise at Facebook here:  https://www.facebook.com/alexxcalisemusic