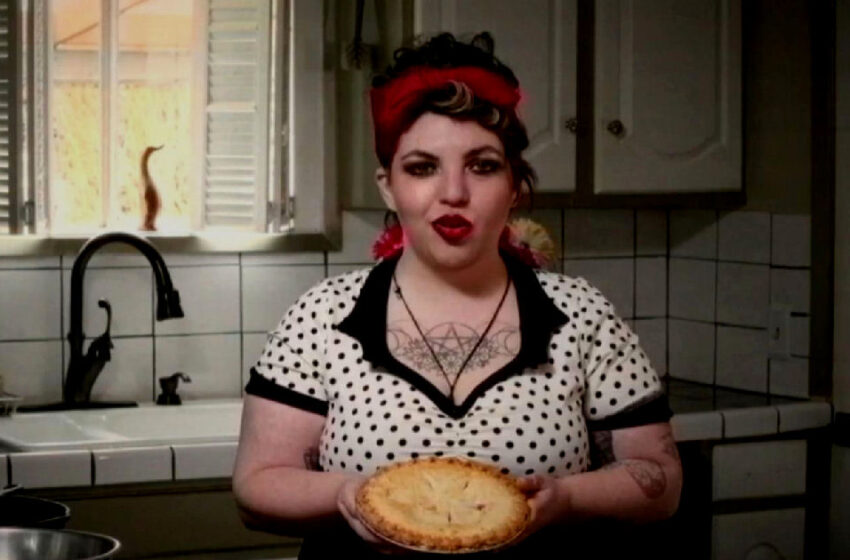 Scarlett Siren has never been one to hold back.

This year, along with her incredibly versatile & wildly skilled band The Howlin’ Tramps, she’s taking over the entire scene unapologetically, loud & proud.  With a brand-new EP called The Devil’s In The Details, featuring their spectacularly edgy and empowering lead-single “Fuck You,” Scarlett Siren & The Howling Tramps have combined raw attitude & psychedelically stylistic swing/soul vibes, with powerful live-wire melodies into riotously entertaining music that dares to go willingly where the rest would never fathom.

Bringing Scarlett’s one of a kind personality straight to the screen worldwide this year with the release of the official video supporting “Fuck You” on March 11th – in the process of creating the anthem for 2022, they’ve created an equally gripping tale of rebellion that fearlessly tackles domestic abuse, rabid misogyny, and the systemic cracks that still currently exist to oppress women to this very day.  Scarlett ain’t havin’ NONE of it – and neither are The Howlin’ Tramps.  United together, they’re not just kicking some, but ALL of the ass on their way to the top of the charts and playlists this year, saying “Fuck You” with their middle fingers raised up from their home base in Oregon like a beacon as their music travels around the world.  From Scarlett’s sensational signature vocals, to the colorful charisma & charm of the exquisite musicianship surrounding her, to the pure cleverness of the tale crafted for their new storyline video for “Fuck You” – no punch has been pulled, no quarter has been spared – and as a result, they’ve created one of the most addictive cuts of 2022 from sight to sound, fully guaranteed to blow your mind.

Join Scarlett Siren & The Howlin’ Tramps this March 11th for the premiere of “Fuck You” on YouTube – and be sure to hit up their pages online to stream and download their new EP, The Devil’s In The Details.