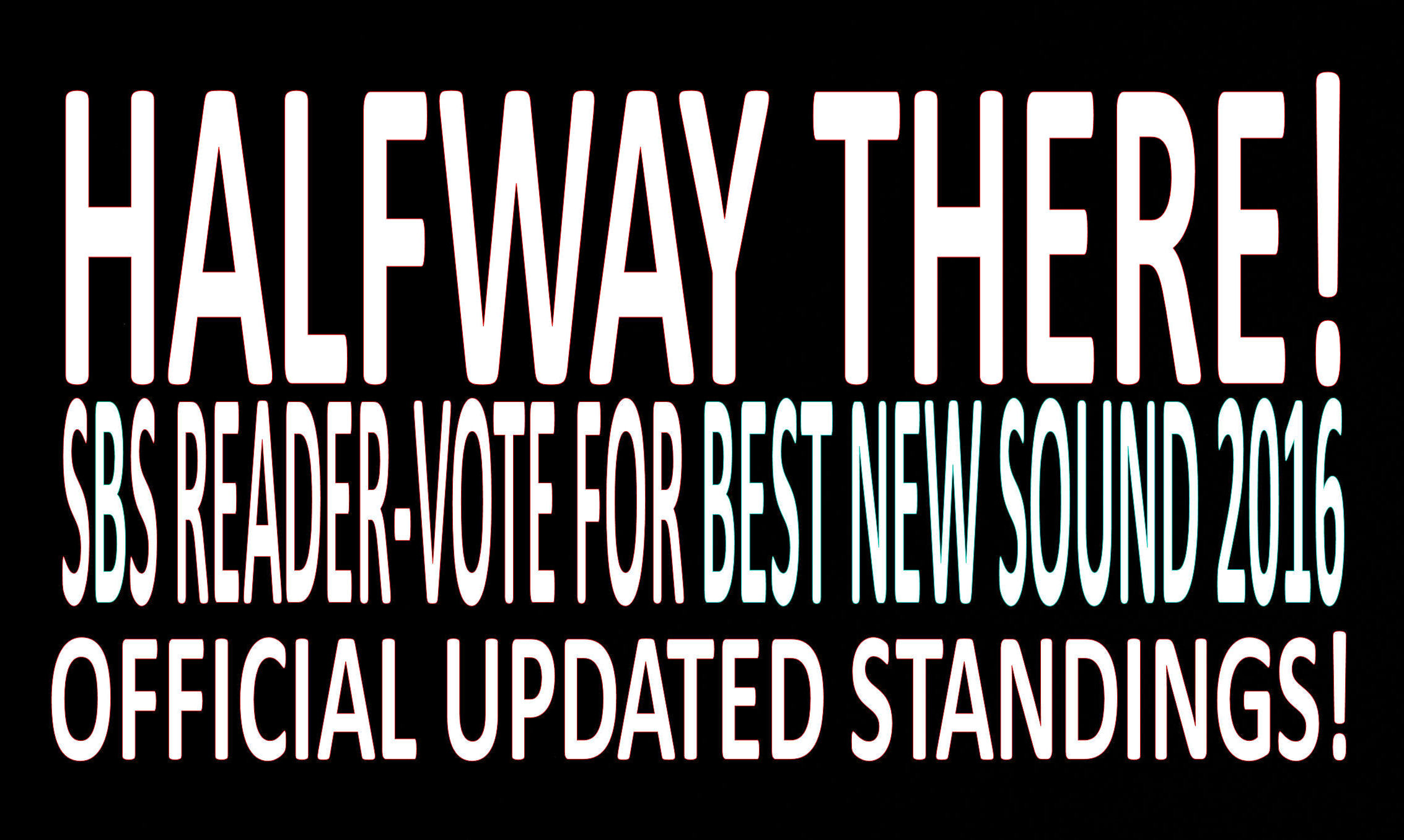 You people ROCK!  Amazing job on the vote so far this year – full of surprises, twists & turns and proof that your fans can make all the difference in this poll at any given moment.  For instance…48 hours ago, we had a much closer race…things were tightening-up throughout the top-four from last week, until within the last day or so when one of the four’s fanbase LIT-UP and started to enthusiastically/savagely vote like never before!

Very impressed by the turnout so far and seeing all you fantastic people support your favorites on our quest to declare our Best New Sound of 2016!  Still lots of time for things to change right up til the very end…so keep those votes coming in until December 30th @ 11:59pm – if you haven’t voted yet, you can do that up to 17 times at this link to the official polling station.

We’ll have another update on the 26th for the 3/4 results…after which, we’ll go dark until we release the official results of our Best New Sound of 2016.  For one of the two last official looks at the vote before the ultimate decision made by YOU – your official halfway-mark results are as follows: