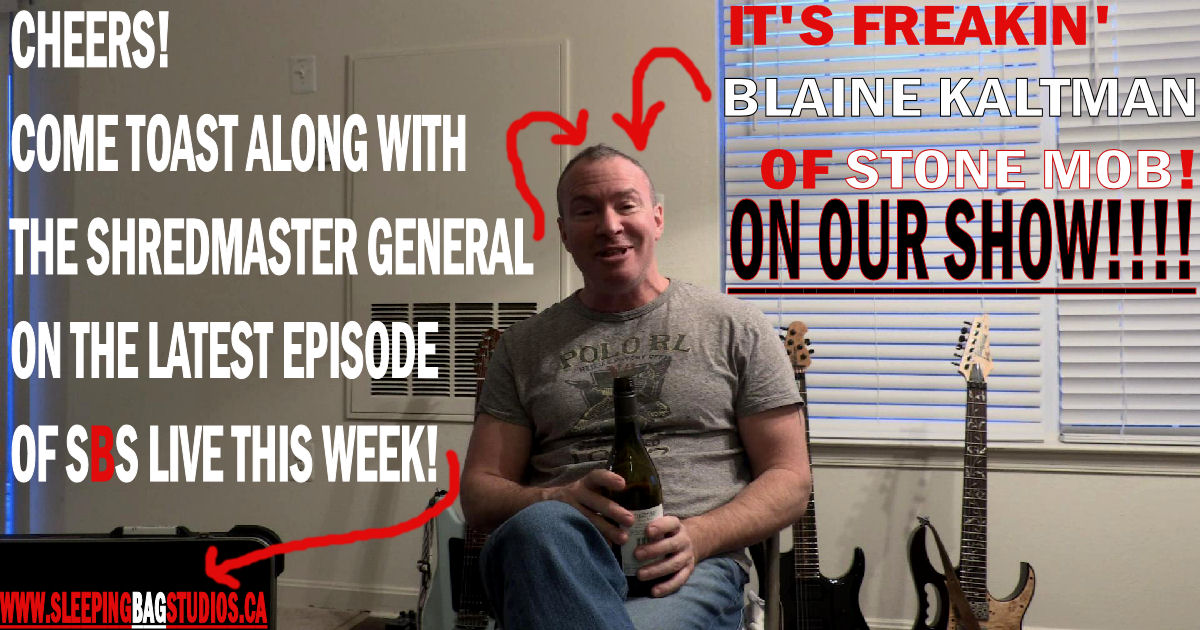 Another amazing video-interview on SBS Live This Week – this time with the SHREDMASTER GENERAL himself – Blaine Kaltman of the killer hard-rock-til-you-drop-cause-you-know-it-don’t-stop band known as Stone Mob!  What a seriously rad guy to talk to…full of knowledge and the right attitude to make music truly ROCK.  We’ve got an incredible episode lined up for ya – all thanks to the incredible work that Blaine has done on his side of the screen of course – I’m just the host and pretty bearded face that fills the space when required – but BLAINE…that guy…he has some serious guitar-chops, a ton of respect within the industry & from his band-mates & peers…and you’ll see from the interview that he serves as a genuine inspiration in the music-scene to a great many people out there.  HIGHLY recommend watching this episode…not just because I hosted it, but because the Shredmaster General is truly one of the baddest-asses out there in rock and a sincerely amazing guest in an interview situation.  Absolutely stoked to have him on the show & here on our pages…let the man himself tell you all about his band Stone Mob, we’ll play ya some tunes – including one of their latest called “Requiem,” and as always, fair to say you can expect a bit of craziness on both sides of the screen.  Enjoy!