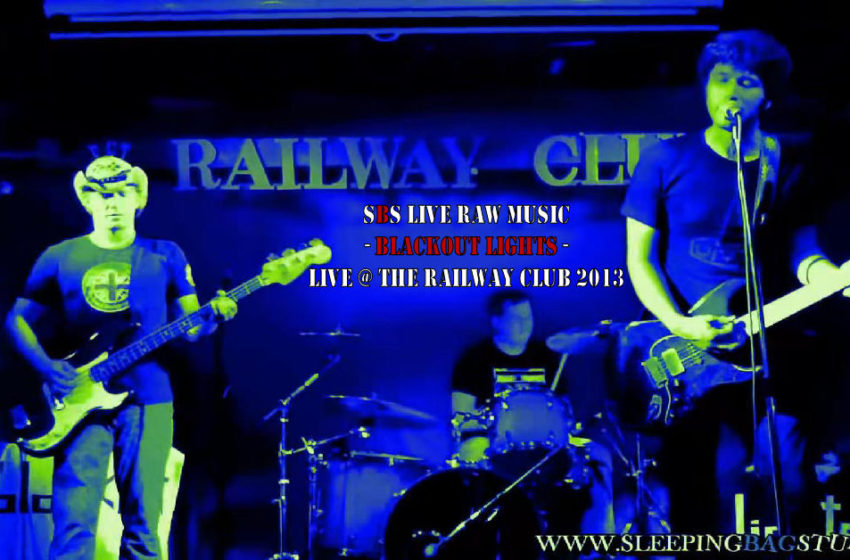 SBS Live This Week returns with a new chapter in the series, wrapping-up the first five years of sleepingbagstudios history by unleashing the LIVE ARCHIVES from our vault of awesomeness. For better or for worse – we were there, out there in the crowd shoulder-to-shoulder with you watching some amazing artists & bands over the years – and now we’re sharing what we caught in our lenses along the way. We’ll also make sure to keep you up on the latest on what’s happening out there in the independent scene with bonus videos from a different artist or band at the end of every show throughout the Live Archives – tune-in, turn-up & enjoy!

This live set is actually kind of a half-set…while we might have walked into The Railway Club a bit late that night in 2013, we were glad to be there at all once we started listening to Blackout Lights, who were already on stage!  I was impressed with what I saw…the band of three battled adversity that night and took the sound-issues from the house in stride…I honestly thought they played a great set even despite the obstacles thrown in their way that night.  What was really awesome about this set was the longtime friendship that all the members of Blackout Lights and SBS shared afterwards…we had them over to the studio for a full interview on SBS Live, took in many of their shows over the past five years and also had their lead singer/guitarist Steve Barmash come over to talk grunge on a panel-episode of SBS Live with Tyler Hutton of The Pit and Tyler Mayfield of Lung Flower.  A true example of how one thing led to another…I’m not even sure who we were originally there to see that night, but it led us to Blackout Lights and we’re thankful for that…and from there, the connection has only continued to grow even stronger and we’ve watched Blackout Lights gain serious traction out there in the Vancouver music scene ever since seeing them for the first time.  They’re now on their second official EP and getting those new songs out there on stage…make sure to catch them out there live if you can!

As always…got a bonus video for ya as well – check out Shmolts killin’ it on a cover-version of Led Zeppelin’s “Custard Pie.”  One of my personal favorites from the Zep catalog – Shmolts knocks it out of the park – enjoy!