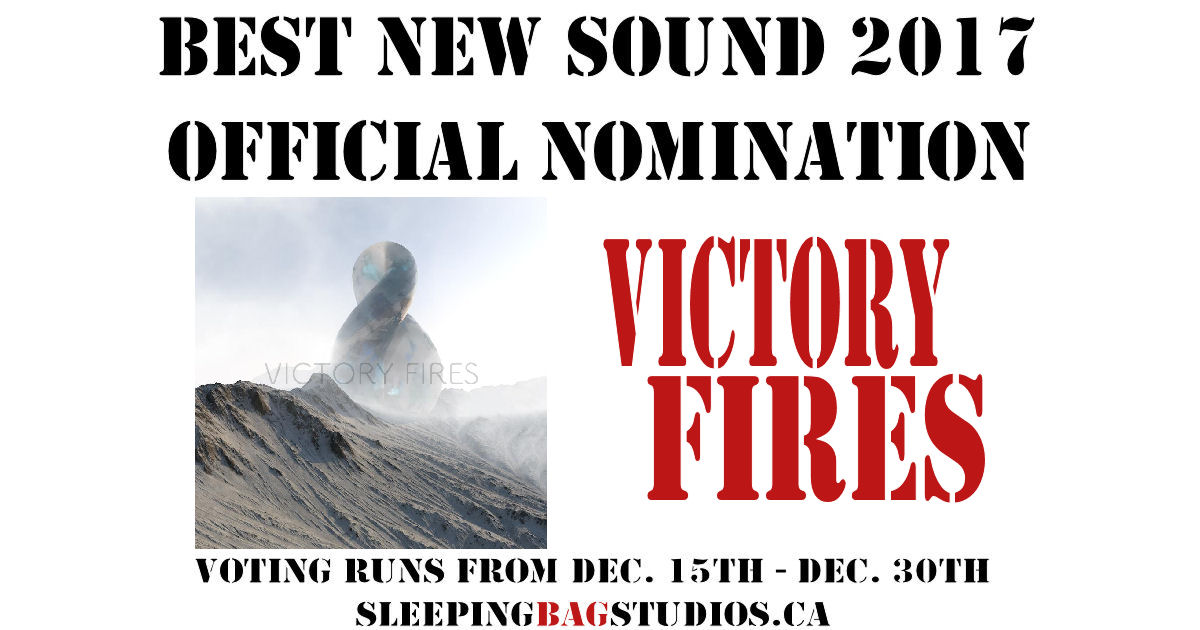 Of all the internet music gin-joints in all the world, they had to walk into mine.  Victory Fires is the kind of project with such potential, that even discovering them so late in the year, I knew immediately the moment I started listening that I was about to start juggling the lineup of this year’s Best New Sound nominations to see if it was realistic that they fit into the top-10 of 2017.  Because you all know what it’s like…you’ve got your list made, you’re positive it’s right and triple-checked…and then you hear something so strong & so amazing that you know it’s a contender to take one of those spots…because it never leaves your thoughts, long after you’ve heard it.  That’s what making music with an impact is all about – and that’s exactly what Victory Fires are all about.  Their self-titled debut EP was filled with enormous anthems, melodic performances and hooks that tugged at the heartstrings; the execution was spectacular and they showed the stunning potential to take their sound even further in the future with their highly accessible approach to their music & songwriting.  And so the official list was looked at, examined, pored-over and re-evaluated…because a true top-10 list of 2017 is a list that certainly has Victory Fires somewhere on it.

Massive congratulations to Victory Fires for their incredible effort and vibrantly vivid melodies, heart & creativity they put onto the Victory Fires EP.  No list would have been complete without them, and they absolutely deserve to be a part of this year’s reader-vote for writing songs that sincerely connect.  Definitely a sound I believe in and a band with a certified future – one that certainly deserves your support when the reader-vote starts officially on Dec. 15th this year – be sure to come out and vote for this talented UK crew.

Check out my full thoughts on the self-titled Victory Fires EP in review here:

Find out more about Victory Fires from their official page at Facebook: