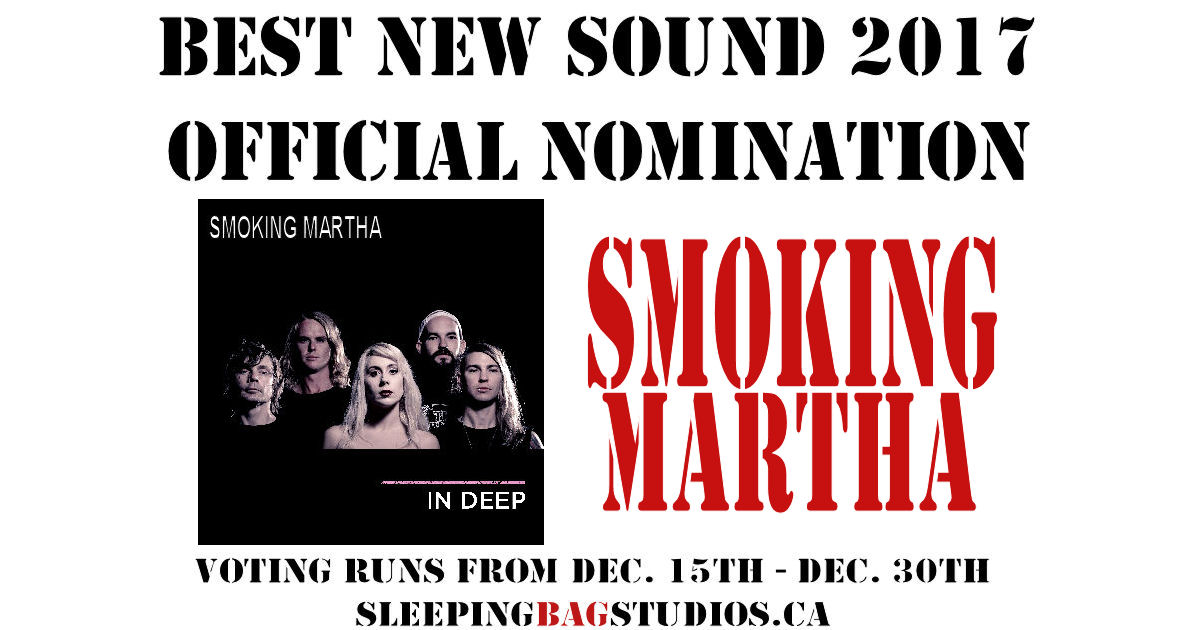 Coming out swinging with massive sounds this year on their album In Deep, Aussie-based band Smoking Martha proved they’re every bit worthy of your time and could slay the mainstream on their own if they had to.  With an explosive record that spawned multiple hit songs & viral videos, this was an entire album’s worth of breakout material that strutted confidently through hard-rock, alternative, metal – even the softer side of Smoking Martha was revealed on In Deep.  Thematically on-point, this five-piece band put out a record that was tremendously focused, fierce & intense all the way through, earning them a solid nod of approval from me and scoring them a place on this year’s top-10 list to compete for your love as my first nomination for the SBS Reader Vote beginning Dec. 15th.

Massive congratulations to all of Smoking Martha for a job seriously well done – In Deep was one of the real highlights in 2017.

Check out my full-thoughts on Smoking Martha’s In Deep here:

Find out more about Smoking Martha at their official page: