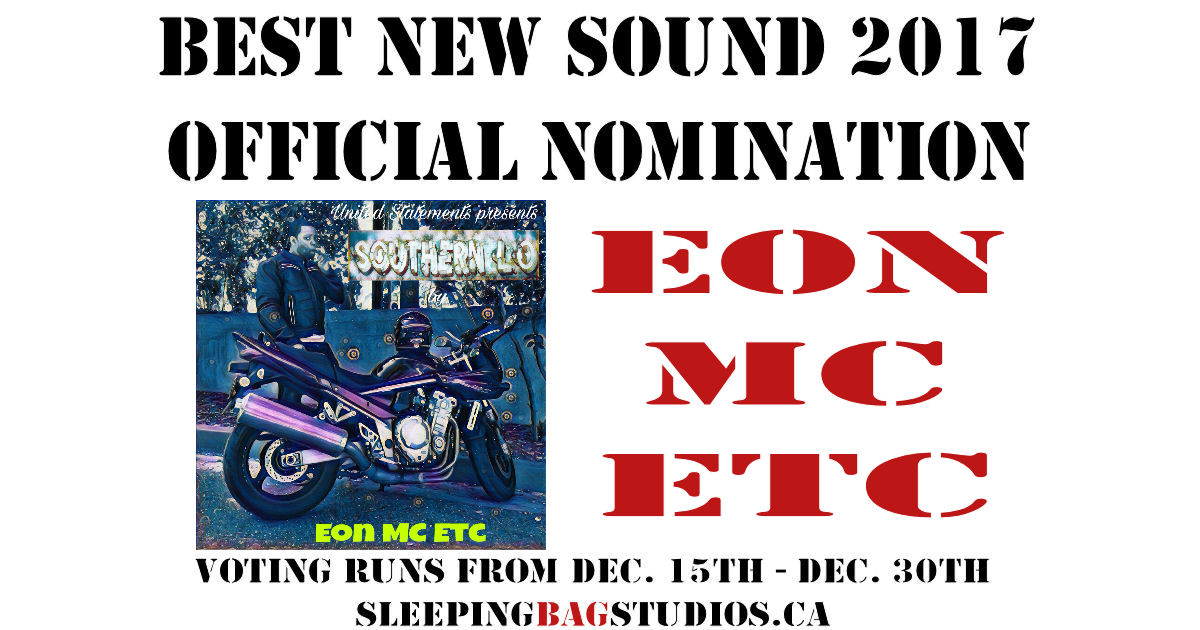 With his new record, Southern L.O., rapper/hip-hop artist Eon MC Etc. took his whole game to that next level.  In a display of verbal-brilliance, style & skill, he put the work in and got the results on his new album, creating songs that were just as personal as they were socially-woke – and at the end of the day the material he recorded on Southern L.O. found ways to connect to us as listeners with seriously unforgettable moments found throughout the entire record.  Eon MC Etc. is undeniably what great Hip-Hop is all about…he’s a true wordsmith and a highly-skilled, thought-provoking one at that; he took on a variety of important themes and never once shied away from telling us what was really on his mind.  Putting himself right into the record and the songs on it made the entire difference here – you could absolutely feel the words and what he’s rappin’ about on Southern L.O. – Eon MC Etc. made this record highly accessible, yet true to himself and his vision for sound.  Respect to that!  That’s just a couple of the many reasons he’s been submitted as an official nomination to the top-10 this year for the upcoming annual reader-vote beginning officially Dec. 15th – this man does it RIGHT, make sure you come on out to support him when it’s time to get your vote on!

Massive congratulations to Eon MC Etc. for the outstanding effort on Southern L.O. – definitely one of the records that got turnt-up the loudest this year!

Find out more about Eon MC Etc. from his official page at Facebook: