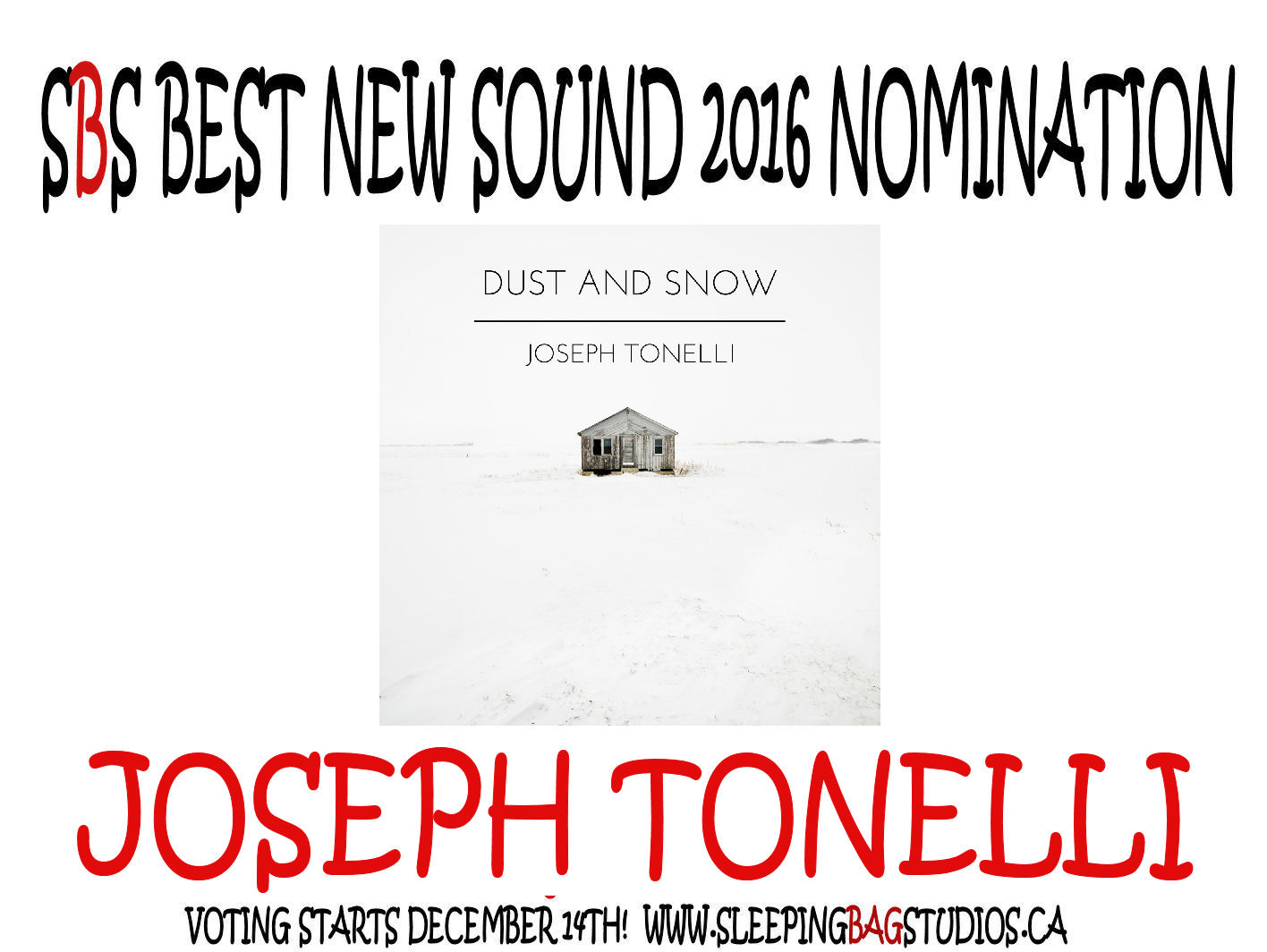 Sometimes you stumble across an artist and in their music you can hear the sound of true authenticity…you know, those real songwriter-types out there that have been the poets of generations of history…’the real deal,’ as they say…  One such artist in my humble opinion, is without a doubt, Joseph Tonelli, whose album Dust And Snow put stunning & personal tales into beautiful textures and tones you could genuinely feel connect right inside you.  You can hear that Tonelli has that unique perspective required to really represent the entire folk-genre proudly…and though generally found in slow-tempo, thoughtfully-paced contrasts of beauty, melancholy and clever poetry – the music he writes is powerful, strong and moving enough for this soft-spoken artist to be a real leader out there.  Incredibly creative in both audio & visual work – Joseph really has the songwriter’s gift and the artist’s eye; the sparkling & sincere melodies that covered Dust And Snow made his music entirely memorable for us this year…we played Tonelli’s songs on the SBS Podcast and videos on SBS Live This Week…he even went on to a second release inside of the year with the split-single “Lone Crow”/”Feather In My Hat.”  I’ve been a big fan of this guy ever since I heard the way he writes & sings and I’m absolutely convinced he’s the Leonard Cohen/Bob Dylan type that will go on to write, create, record & play countless songs that become timeless on our playlists year after year.

Joseph Tonelli is one of ten official nominations to this year’s SBS Reader Vote for Best New Sound 2016 beginning Dec. 14th – congrats to this guy for being as real as it gets when it comes to music and for the beautiful melodies he creates!

Find out more about Joseph Tonelli at his official page:  http://josephtonelli.com/ and be sure to support him at Facebook here:  https://www.facebook.com/josephjuliustonelli