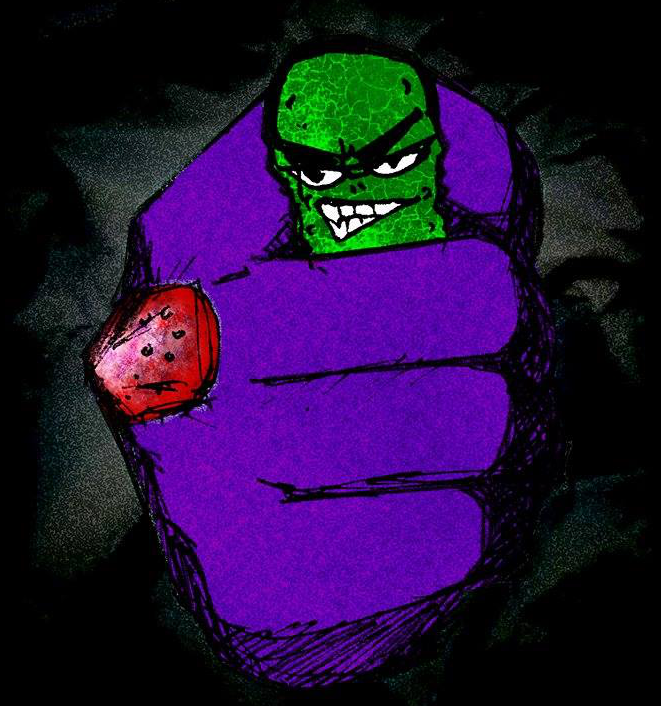 Insanity and pop/rock mix together in genius combinations from Seoul, South Korea’s experimental sound known as Saure Gurken. With music that channels different styles ranging from the beginnings of rock to extremely modern-day decisions on how to bend that sound all over the map into entirely new territories they can certainly call their own, this authentically unique band is creating exciting combinations that know zero limitations for creativity.

And personally, this is the kind of project I’ve always thought music can use a lot more of. Whether it’s been weird on the outside like King Missile or Golden Smog…I’ve always been front & center to get my weird on too; or if it was more of an inside-weird like Weird Al or Fantomas, I was probably there for all of that too. I mean, it’s as simple as asking yourself if the only part of music you like is the ability for YOU to sing along…and if you’re one of those people, no judgement here…that’s allowed of course. BUT…if you’re one of those people that find themselves completely entertained by the captivating nature of music when it keeps you guessing the most – hop aboard the Saure Gurken train cause this is nothing like anything you’ve ever heard.

I was told at first…or I had researched somewhere that implied this was a unique sound to where they live in South Korea. I’d like to offer an amendment to that statement, it should read this like: Saure Gurken is making a completely new & unique sound compared to that you’ll find in ANY corners of our globe…this is frantic, bizarre, creative…special…and talented.

It’ll hit you in the weirdest ways as well. Though the opening tune “Emotional Feedback” comes out with a guitar-rock riff that you might feel is about to bring you into some form of traditional rock-music, it sure ain’t gonna. Expletives aplenty – this opening cut is a short & sweet one that quickly introduces their combined insanity and lead-singer Vance Baryn’s penchant for the bizarre. With a passionate delivery – this guy commits each and every time to these songs through his incredibly talented, twisted & turning vocals…nothing is typical but everything is delivered in the strangest perfection your ears might ever hear.

Take “After The Reign” for instance…this sweet little number will head in every direction that you won’t assume it will…so sit back, try to relax, and let Saure Gurken bring you sounds you don’t even know that you love yet; but you do. Oh YES you do! Or at the very least, I know I do – I love this stuff. “After The Reign” starts out like a bent version of the Foo Fighter’s “Big Me” before finding a radical departure quickly into a different structure and melody. It’s entirely impressive in its structure; very theatrical and so much going on when the expand it, or minimal and reliant on their talent for melody and solid tone like you’ll find around the minute and a half mark. Here they take “After The Reign” towards simple, sweet pop-melodies…but yet, before the two minute mark is officially ticked over – they’ve already found themselves somehow into a metal sound.

Oddly enough, through the excellent drums of Josh King, the inventive guitar of Quaziq and the electrifying performances that Baryn puts in on the vocals and bass have all worked extremely in the favour of Saure Gurken with these talents combined as one. I can’t even imagine what it would be like to be in the room with these three when they’re just jamming it out…the possibilities as to what you might here would be theoretically and audibly endless I’m sure.

Vance Baryn continues to impress through the vocals as he hits the incredible last thirty seconds of “After The Reign,” and carries his incredible conviction into “It’s True.” I cannot possibly express just how much these songs might all completely SUCK if it wasn’t for the truly exceptional performances taking place on these recordings. In the hands of Vance, Quaziq and Josh – these songs become true ART…but in someone else’s hands this entire concept and sound might have very well derailed into trainwreckville very quickly and taken us all right to the hell below with it. Honestly – I think these guys SHOULD be proud of this EP and what they’ve achieved and take this entire review as one big compliment and encouragement of this Saure Gurken thang continuing on for years and years.

With elements of funk & rock, addictive melodies and all-out fun, “It’s True” has about 10 different hooks all trying to snag you at once. As it plays through wickedly crunchy guitars, huge drums and an all-out performance from Baryn once again, this one finds itself some real genius moments through the music.

I don’t know honestly WHAT people will think about Baryn. In my brain this is a sound & style that should meet with complete acceptance…but there’s no possible way that could be the case could it? This can’t be music for everyone; and each of these three are partially responsible for bending it that way…but people will always look to that singer to get them singing along…and Vance ain’t here to hold your hand or lighter up to the chorus. This guy has made the clear break between his life & music and allowed whatever parts of him that might have been locked-up in the office working to simply stay and live there as he transforms into the animal that delivers ferociously time and time again.

But truthfully…with as different as he truly is…I can only imagine that as people latch onto the Saure Gurken ideas & sound it might feel altogether strange hearing just how much people probably ARE loving the style & sound of the attack he’s got. “It’s True” shows undeniable talent, skill and inventive song-writing on all fronts…but it’s the commitment to really ‘going for it’ that gets these guys an A-grade every time.

Ending with “Murder Head” Saure Gurken puts the hurtin’ on ya one last time with this monstrous beat full of a madman’s ingenuity. Where are my friends in the Vancouver band Expain? They’d LOVE this stuff; even though those guys are based in extreme-metal themselves, they also took time from the chaos to break it down with incredible precision and true-skill just like SG does here with “Murder Head.”

Now of course…”Murder Head” should sound somewhat menacing…or, that is…at least you’d expect that it would. Singing like a Doc Brown that’s already held onto the cable too long while trying to make sure Marty McFly makes it Back To The Future…this is a wild performance. Most of this tune comes straight at you like it’s going to march right over top of your bones before finding itself to the jazz-café at just after two minutes in for a moment to chill-out with a coffee.

With the final notes and tones based in absolute madness and a madman’s laughter…you almost have to wonder just how hard Saure Gurken might be laughing at all of this…they’re making music a serious career all the while sounding like they’re having the best time of their lives. It’s an intoxicating combination of chaos and control unlike any I’ve personally heard before, which you all know by now says quite a lot. Even if we take out the previous 32 years of experience I’ve had before sleepingbagstudios, well, that’s still nearly 400 reviews of music from around the world that I’ve spent my last three years listening to.

What a complete treat that is; Saure Gurken has got me smiling big-time this morning with their extremely clever combinations and incredible innovation. Highly-skilled – this is a band I can’t quite get enough of and seemed to instantly fall in a very deep love with…I already can’t wait for whatever the heck they might come up with next.

Seriously…check these guys out and support Saure Gurken at Facebook here: https://www.facebook.com/sauregurkenband