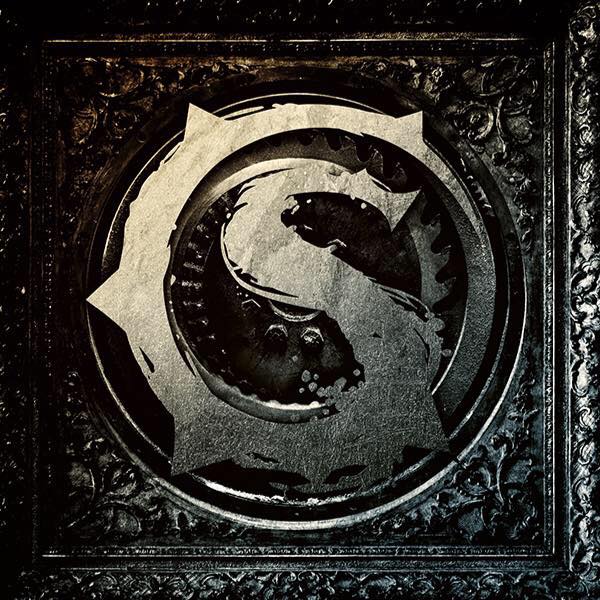 Let me first start by saying it’s tough to fool the guy that’s been reviewing music as long and as frequently as I’ve been.  Impossible to read about the formation of Sault coming together from members of other bands called Kamelot and Arcanium, read a title of a song like “A Peaceful Moment” and not crack a wry smile – I’m expecting no such peace in the music we’re about to take in here.  I’m expecting loud, bold sounds in hard-rock, potentially towards the metal-side…and wouldn’t ya know it – here we are with exactly that in a handful of singles from Sault’s upcoming album Seeds Of Power.

In my own hard-rock heyday, this would certainly have been right up my alley…much of it still is.  Sault does what they do extremely well…or that is to say…Sault does what they do well extremely – take your pick, they both apply equally as far as I’m concerned.  Hard-rock/alternative can often be the toughest genre of them all to truly stand-out in…you’ve gotta really bring something new to the table, which is rare – or you gotta at the very least bring the energy if you’re not out to recreate the wheel.  As luck might have it…being pre-released singles & all…I’m listening to this set of four in alphabetical order; in terms of strengths track-to-track – I have to say, that seemed to really work out in their favor.

Each of these tracks kick-in with the drums leading into the guitars and all-out energy from Sault presenting itself immediately.  Like a mix of sounds you might hear in bands like King’s X, Baroness, Finger Eleven or Ashes Divide – “A Peaceful Moment” set the standard through the speakers quickly and established the stomping authority of which Sault confidently executes their sound with.  Solid progression from the verse to chorus here…good balance between the two as well; the kind of song where the verse pops out enough on its first run but the return to it from post-chorus is even sweeter.  Dig the guitars…dig the drums, which are certainly a feature highlight in Sault’s music, and I definitely dig on the energy and confidence in the vocals upfront.  I wasn’t sure if I was 100% sold on the tone of the vocals in a few spots in how it draws its influence and sound from as far back as the 80’s right up to the present – but I was pulled in by the performance and definitely dig the amount of power, presence and range that lead-singer Riggs puts on display – this dude gets downright MASSIVE by the end of this first cut.  Excellent work on the transitions part-to-part – you can immediately tell from “A Peaceful Moment” that Sault is certainly a band that knows what they’re doing and has full-control of their sound & style – even in these earliest recordings, which truly says something even more about where this band could potentially end up in the future.

“Adonai” was a bit more suited to my own personal taste.  The verse I was a bit back-and-forth on…it works well enough and they play it strongly – but I’ve got no doubt about what makes this track work being the chorus and instrumentation that comes along with it.  Nothing wrong with that – a chorus is designed to raise-up a song to that next-level anyhow!  Bottom line is that’s a seriously strong part in this song that demands attention…the vocal-flow is cool enough as it is, just it’s also those wild accenting guitar-tones that help add the real lasting bite to the sound of “Adonai.”  Dig the chops & defined movement of “Adonai” – it all moves and flows at a deadly pace that leads Sault to getting the most out of each moment.  Draws on the metal-influence thematically & lyrically…bassist Sean Tibbits is kicking ass in the background of this song…I’d bring the bass up a bit more to have it on display and thickening the sound of this one because I think the part itself warrants the spotlight throughout much of Adonai next to those raging drums and bone-grinding guitar riffs.

Keep in mind…order always matters too when considering how the songs sound and the flow of a record – it can truly count for a lot in terms of a song’s accessibility and with these songs in pre-release, it’s harder to say what their real impact will end up being apart from the more singular-form we’ve got them in now.  Sometimes it makes all the difference in the world…like if they laid out the record in a carefully plotted way, who knows – “A Peaceful Moment” might end up being my favorite track on the Seeds Of Power album.  As it stands right now…things are certainly working out in their favor in listening to these four advance-tracks as Sault sounds progressively better one-after-the-other storming into the third tune we’ve got called “Guilt.”  Even though I’ve felt like Sault has put tight-songs together throughout those first two-cuts and show they’re in full-control – in my opinion, they find that other gear they’re really looking for on “Guilt.”  So much I want to say about everything going RIGHT for Sault on this cut – this is where the eyebrows officially got raised-up on my face and I sat up straight to really take notice and eventually the song that upon repeat continues to provide further accessibility and acceptance of the others around it.  Think of “Guilt” like the captain of the team…the kind of song so good that it raises the quality of all the other tunes surrounding it by sheer proxy.  The strength of this cut really does reside in the writing itself…but without its accompanying execution & performance, who knows how it could have ended up; Sault brings their collective A-game to this song with fury, intensity, harmonies and energy pent-up, stored and fully-released into the thick of “Guilt.”  EVERY part we hear has its own dark-set of deep hooks that command our every second of attention – and when Riggs lets loose on this track it will make the hairs on the back of your neck stand straight up.  The focus they’ve put into each bar of “Guilt” is a highlight for musicianship, lyrics and performance without question – Sault’s assembled a seriously forceful structure that bullies its way through your speakers like its out to demand your ear-space AND your lunch money.  “Guilt” is a fine example of a band hitting their stride full-on and fueled by the intensity of the moment.

I found “Save Myself” to be a pretty rad track too…another great display of harmonies in the vocals that make it move from a grunged-up Alice In Chains-style vibe to a more streamlined-rock power – the two main gears & sounds they roam through are a perfect match for the music on this last cut from the set of four from the upcoming Seeds Of Power.  Once again dig the guitars a ton…they really work insanely well with the massive drums from Casey Grillo in this band…the bass is always there and always sounds impressive, though mix-wise it’s always below the surface…I might argue it needs a bit more presence in the final mixes, but if you’re really listening, you can certainly hear it fits right in and contributes solidly to the fullness in the music we hear from Sault.  For the guitar-players out there, Curtis Jay supplies some seriously meaty-riffs and busts out a lot of subtle technique in how he approaches and plays “Save Myself” – musicians out there love hearing execution like this spring to life in a recording like it does here.  For the rest of the people, “Save Myself” has good movement and solid progressions in the structure that are slow-burning but certainly bulletproof in their strength in sound.  Sault gives it the large-one on the way out the door in this final single and puts a lasting twisted-groove in your face to remember in between now and the official release of the new record.  Definitely an interesting set of four that are well-played, roaring & confident…they’ve got me curious enough to want to know how this plays-out for them and hear how the full-record comes together for sure.

Find out more about Sault at their official Facebook page:  https://www.facebook.com/saultband