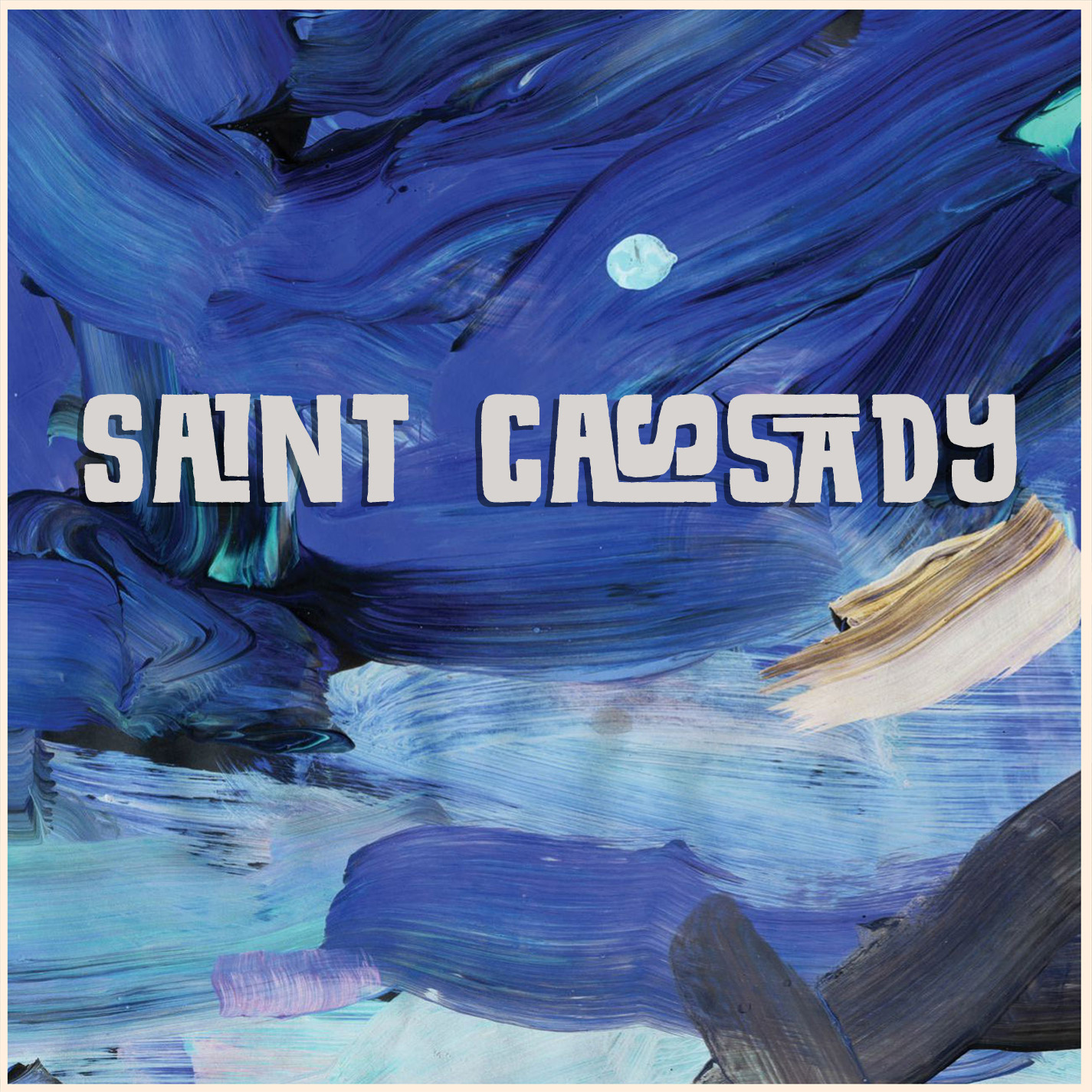 What can be said aside from I’ve always had an extreme soft-spot for those that truly love music and just want to make it. For good, for bad…however it might come out whether perfectly or flawed…some people have a real courage in music to simply charge ahead and make it happen simply because it’s inside of them and truly needs to get out. I’d be the first to admit in my own music I’d be hard-pressed to find any of the six-hundred some-odd songs I’ve recorded that managed to come out perfectly…I don’t really know that has happened for me ever. Does it stop me from continually writing, recording or creating the next song? Hell no! And it shouldn’t stop you either! It hasn’t stopped Phil Cavalieri, the man and minstrel behind the music of Saint Cassady…it’s not perfect by any stretch of the imagination – but at the same time…it was never intended to be anything other than organic, which it certainly is.

A self-described psychedelic folk-rock project, Cavalieri has been playing guitar since his teenage years and continues to play as a jazz musician today, both of which are elements you can hear in Saint Cassady’s music on this self-titled EP. The guitar-work is intricate, skilled and creates some beautiful melodies…though there are definitely more aspects to the music – all of which are played by Phil – it’s still the guitar that you can tell is leaned on most to support his songs. Nothing wrong with that – he’s got some excellent ideas and a real avant-garde style to his playing; more than likely derived from years playing jazz. As the opening track “Dark Friend” starts out however, you definitely get a great glimpse into how well-rounded of a musician that Phil truly is…the drums, bass, guitars…they’re all excellent and he’s nailed himself a solid beat on this opening tune.

Vocally…things are tough all over for Phil. His loose style in his creativity doesn’t quite work as well on the microphone as it does for the guitars and it’s an interesting quandary overall really…he clearly understands tone and melody and you can hear that in his guitar work…I get that the vocals are probably the last piece he’s added to his puzzle set…but with so many moments coming out with the clear and melodic tones he’s looking for – I almost find it odd that he’s tolerated the ones that slip out of tune. Phil is clearly capable…so I’m trying to imagine the devil with the pitchfork poking him in the ass while he’s in the studio, standing beside him all the while yelling in his mind ‘you’re running out of time’ and ‘this is going to cost you sooooooo much money’ and ‘rush, rush, rush!’ Cause short of anything other than that particular scenario…I don’t quite get why Phil would hurry so much when he knows just as well as I do that he’s capable of nailing it!

I mean…in a sense…it kills ya a little each time. Something like the middle track, “Lullaby Of The Hill” starts out absolutely spot-on for Phil before he launches into a bit of a vocal meandering that kind of gets a little in the way of some really beautiful guitar sounds.   When examining the climb of the vocals in a spot like around the two-minute mark…you can’t help but feel like Phil has out-written his capabilities but I really don’t think that’s the case…I just think he needs to take more time in the vocal department. The rest of it, musically, is all right on the money and really has a whole palette of unique textures and atmospheres.

Because musically…in my opinion, it’s about as close to real poetry as you can ask for through instruments. The incredible solo-work, tones and sounds of the final song “Almost Love” are just purely awesome. At six minutes in length, “Almost Love” is almost the total time of the first two songs combined…it starts out very gently in its transition from “Lullaby On The Hill” with some sweet classical-style guitar sounds meeting beautiful piano notes. Gorgeous opening to this final tune…and Phil, vocally gets this one much more ‘right’ than the first two songs with much more spot-on tones and harmonies added in. He’s also allowed his main talents to shine even brighter here at the end of the Saint Cassady EP by twisting this song from its tender perch and sending it into an extremely creative instrumental with about two minutes or so left to go. Can’t help but dig the combination and writing here…the music becomes incredibly versatile and filled with energy & spark…you can audibly hear Saint Cassady spring to life in these final minutes of this EP through fantastic guitar & bass performances.

So all-in-all…there’s a looseness to Saint Cassady which you’ll either appreciate or you won’t. For those that love the passion of a musician who themselves free to make their music come out sounding natural with little interference from the studio’s magic, this will definitely appeal to you. People that favour music that’s more polished and less artistic will struggle somewhat…but on the bright side…you can’t be indifferent about the music of Saint Cassady – you’ll know where you stand on it for yourself almost right away. There are some good ideas from Phil, some fantastically beautiful music…and a few improvements to be made but overall I can dig on the uniqueness of a man that’s trying to combine new ideas and sounds…he’ll get there…just give him some time and he’ll find the path to what works best for him.