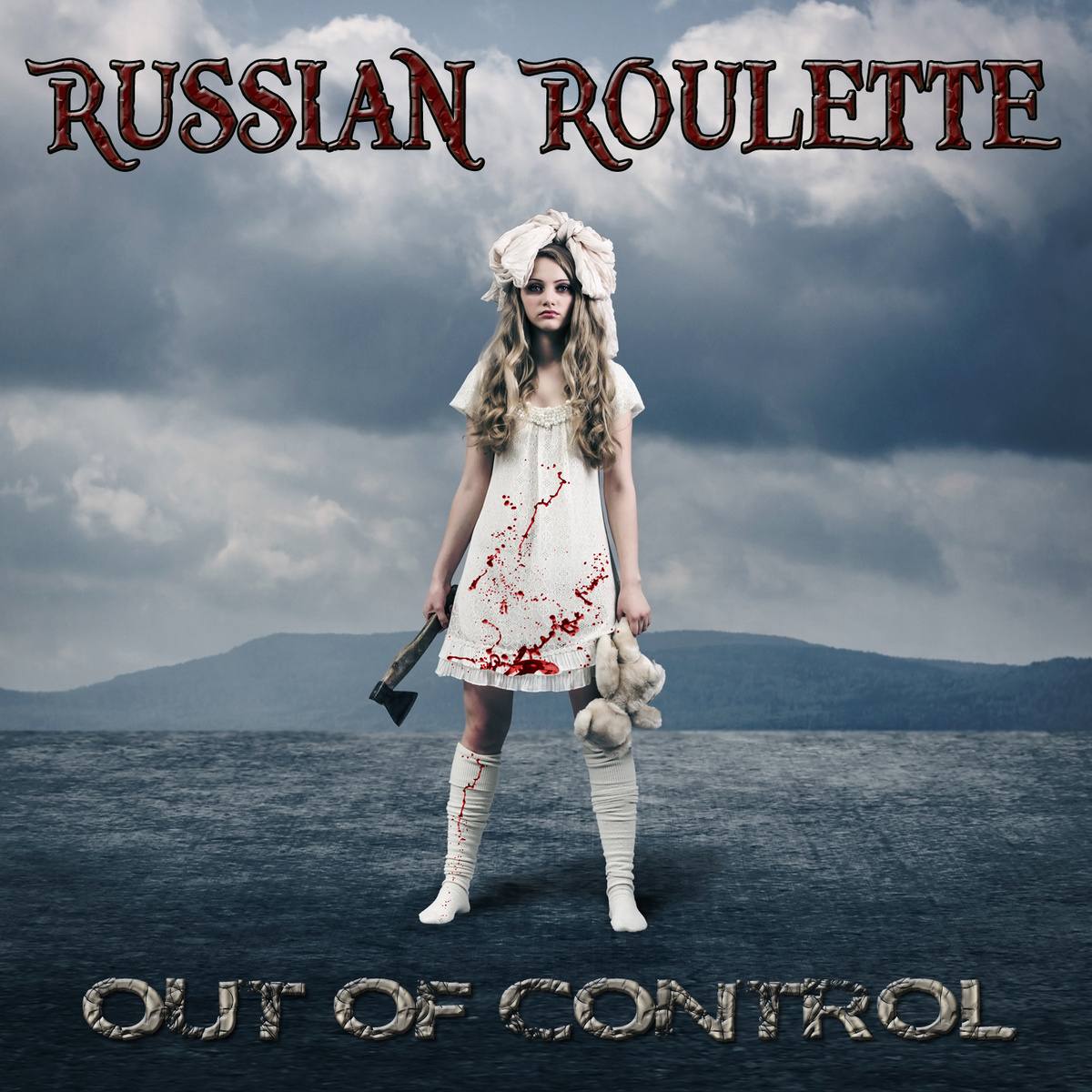 Here we go…instant promise on display from the moment that the debut EP from Russian Roulette starts up with “Drown” – that’s definitely the kind of guitar riff that hooks me in, and FAST! From Toronto – you can absolutely hear the Canadian influence on the music created by the five-piece – perhaps especially through the vocals. Fellow hard-rocking Canadian band Finger Eleven are not all that far away geographically from Russian Roulette and the comparisons are undeniably there through the vocals and music on Out Of Control…but if you ask me, there’s nothing wrong with that at all.

And BESIDES…anyone who knows anything would tell you their opening track “Drown” is much closer to the Rainbow Butt Monkeys anyway…and overall throughout the EP, any comparisons to their Canadian brethren in Finger Eleven would be further back in the history…towards the beginning with the pure, captivating & untainted hooks they found on Tip. Russian Roulette gives off a completely similar vibe in the intensity and engaging opening tune “Drown” and sets off Out Of Control with vicious energy, tight musicianship and an explosive beginning to their EP.

Great flux in the push/pull of the energy in “Paralyzed,” it drifts throughout a melodic-verse before ripping through…well…basically any moment outside of those toned-down verses. The guitars impressively crunch through “Paralyzed” in big, big ways that your WHOLE FACE is sure to dig on. Definitely going to remind people of the similar approach to the microphone that Scott Anderson takes from Finger Eleven – but that’s certainly one of the strengths in that band; so too is it a strength here in Russian Roulette. However! I’d have to say…after a thorough look over the listed bands that RR digs and is influenced by…there’s a severe absence of any reference to F-11…one has to assume they’ve either heard that every third comment from people already, or that they assume it’s implied! Lyrical flow, vocal-tone and power in the vocals…I mean…this dude is KILLIN’ it…I’m a big fan of the vocals that are leading the way in Russian Roulette.

I dunno…comparisons can be made, yeah, but it’s not like Russian Roulette is ripping anyone off at all – they’re well within their own style and sound – especially as the Out Of Control EP progresses forward. “Jail” sends them towards a lighter-alternative rumble & groove, complete with some wickedly controlled and pro-style solos…some seriously great guitar players in this band, they definitely stand out on each track. To be fair, they all have their moments and the drums & bass certainly deserve just as much of their due – Russian Roulette is a tight-ass band yo!

If anything, the final song and title-track “Out Of Control” was the hardest one to love, but probably the easiest one to accept into the earholes. It seems like a sound that comes more effortlessly to Russian Roulette…I don’t want to say easier as it’s still quite a complex song, but it’s a little too comfortable for them perhaps to sound as devilishly convincing as the rest of the tunes have been to this point. Don’t get me wrong – still a good song, I just personally identified more with the three tunes before.

But overall…I think this band is full of promise for the rock-scene, Canadian and beyond. I love big, confident, powerful sounds like you’ll find throughout the Out Of Control EP – this talented crew is bound to impress you rock-music fans every bit as much as it did me.