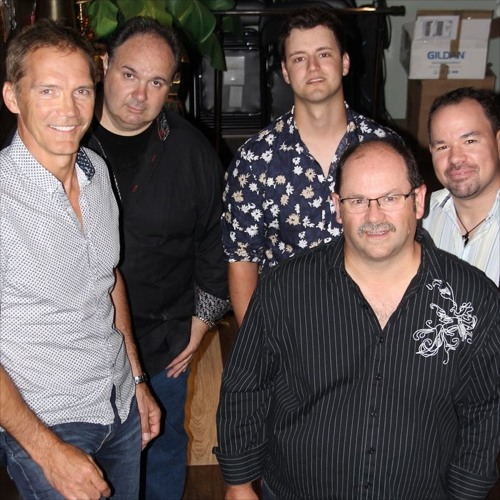 You know…Russell Lee has caught me at the right time with this one.  Anyone out there catch that debut episode of Tales From The Tour Bus just the other day?  I sure did…and I was glued.  I was glued to the story of legendary Country artist Johnny Paycheck like I honestly never thought I’d be…and it made me appreciate a great many things.  Of course, the stories about him were amazing – but what struck me was the hole that’s kind of been left behind since his official departure.  When it comes to Country music these days…you think of big-names with bigger sounds like the Blake Sheltons and Tim McGraws…and even those that tend to enter the genre these days are obviously feeling the pressure to write those giant anthems.  Where’s the down-to-earth everyman like Paycheck was these days?

Alright…I mean…full disclosure…if you know anything about Paycheck or watched the episode you know he wasn’t exactly down-to-earth when it came to life behind the scenes – but musically, he was spot-on…he was relatable & real in his songwriting.

Now of course having watched that episode and being able to comment on it completely suits the narrative I’m going for here…so don’t be fooled by my words…there’s definitely comparisons to be made between Russell & Johnny, but for the most part, it just makes for a really strong intro doesn’t it?

Alright…perhaps it wasn’t all an accident…perhaps there’s a real reason to have brought all that up.  My ultimate point is that the smooth, inviting and comforting sound of Russell Lee’s new song “Meant To Be” has the kind of easy-going style that people around the world have been enjoying for years…and that I truly believe there’s space for this kind of sound out there in music right now.  That space that exists…is largely the space left behind by artists like Paycheck…that’s what I’m saying…and I think it plays to an artist like Lee’s advantage & gives his music a place to thrive in now.  For the most part, the new single “Meant To Be” walks the edge of Country…you can add a bit of light classic folk-rock and perhaps a sprinkle of pop into the main hooks…but when you add in the subtle drawl in the tone of Lee’s vocals, you gotta give the Country credit as the dominating influence.  I think Lee sings it really well though…

“Meant To Be” doesn’t push itself too hard in any single direction…it’s extremely chilled-out and laidback in its sound, style & approach whether you’re listening to the music or the vocals.  It all comes out…like…seriously relaxing…like as if a song could reach out and hug you or extended a friendly handshake to you physically, “Meant To Be” would be the one to do it.  I meant it when I said ‘comforting’ – there’s just something about the sweet sound of “Meant To Be” that really feels like it all belongs when you hear it.  In a world that’s kind of gone mad as of late…could very well be that it’s just the uplifting energy of this rhythm & melody…it’s the kind of tune that raises your spirit and the planet could certainly use one or two more of those right now.  The real point being, not too many people are doing ‘mellow’ out there right now when it comes to anything-Country…and that leaves the space wide open for an artist like Russell Lee to thrive in.

To me, the simple & beautiful sentiment of the main hook in this chorus says it all for me.  “What’s meant to be, will be so damn nice” – you see what I’m talking about here?  That’s not overcomplicated or pretentious lyricism…that’s not bells and whistles…that’s the meat and potatoes of the matter – and it’s in this straightforward style that Russell succeeds tremendously throughout this entire song.  You get that authenticity…that the man is singing these words on “Meant To Be” because he really feels them.  It’s that humble & earnest approach to this entire song that’s making it work for me personally…I think the degree of welcoming sound in this song is really high up there…you’ll want this one to repeat.

I should know!  I let this one spin several times…chances are if I wasn’t moving on to some new project or some new review out there, I’d still be spinning it right now while you read this – and maybe I AM.  I have a lot of admiration and love for an easygoing melody like Lee’s written here…the band he’s working with all deserve credit for holding their own and really bringing this tune to life through their understanding of the sound and what Lee was looking to express on “Meant To Be.”  A solid tune about life & love, loss and acceptance…I think they all do a fantastic job of taking any stress right out of this song and leave you with a beautifully smooth experience that ultimately tells you everything’s gonna be OK.

Bottom line is everything should work out just fine for the music of Russell Lee as well – tons of room out there for a sound like this right now.

Find out more about Russell Lee at his official page at:  www.russelllee.ca