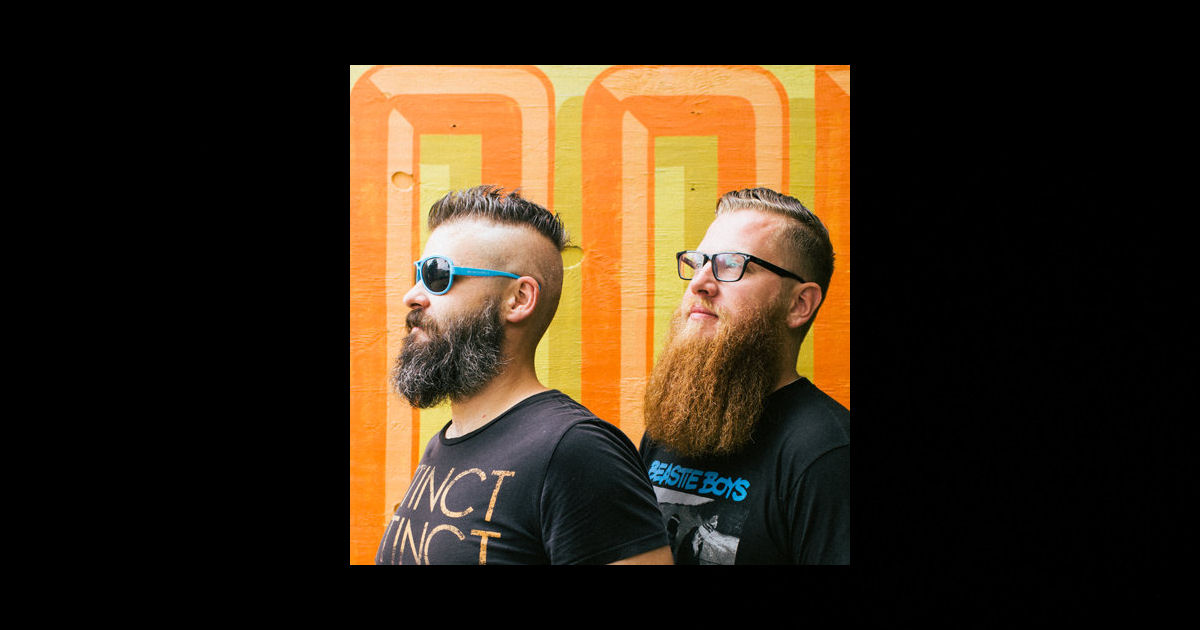 I don’t know if your YouTube auto-play feature works the same as mine does over here, but letting the new single “Back N Effect” run into the next offering actually said quite a bit about this rap duo – it led into a video titled “Best Rap Songs Of Each Year 1979-2018.”  While it was unrelated to any official Royal Ruckus postings, the fact that their new vid was so closely connected with the spirit of the roots of Rap in all-forms throughout its timeline on a completely separate channel should tell ya something.  It’d tell me something, that is, if I wasn’t already well-aware of this crew; we actually played one of their cuts called “Wounded By Love” on the ol’ SBS Podcast back in 2017…if I’m being truthful, I’ve been listening.  Royal Ruckus had the juice then – it’s clear they still have it now on “Back N Effect,” which comes from their brand-new 2019 EP called Royalty Check.  Aside from splitting apart geographically, each moving separately from Bakersfield, CA, one to Austin, Texas, & the other South Florida – emcees Flatline & Chunjay still sound just as tight as ever as they hit the bars & deliver that feel-good old-school Hip-Hop flavor & vibe that you KNOW your ears want.  From day one this crew has shown a real love & respect for what the genre is really all about & sounds like they’re back at it again in fine form on this new cut.

Okay so like…I know I’m here to comment mainly on the song…but check this video out for yourself and recognize what it means to really have your curly-straw game ON-POINT.

Working that old-school magic that never fades, they go to work on the hooks and get the excitement & fun flowing quickly, then dive straight into the bars.  Reminiscing about the days when they were growin’ up and the artists they were listening to & looking up to – they’ve now grown into their own & bust their own rhymes.  So there ya go – full circle y’all.  The beat produced by DJ Sean P is tight AF and provides a perfect vibe for Royal Ruckus to do what they do best.  Springing off the bounce of the beat, they add the right amount of punch to each syllable…again, very much a nod to the old-school sound of the genre in their approach, but so damn timeless for those out there that really appreciate the roots of Hip-Hop.  You know what I’m referring to…the fun part…the party vibes…ain’t no haters here, these are rhymes for turning good times into great times – and that’s what Royal Ruckus has always been about.

So do I like it?  For sure!  Again, if I’m being truthful, they’ve never disappointed when it comes to the music they make – they’re a fully capable, two-man crew, that has a completely contagious energy that you simply want to be a part of.  You can call it their own X-factor of sorts…the intangible chemistry that they possess that pulls the rest of us in so easily…whatever that is, they’ve always got that on display & it makes their music highly accessible on a whole other level.  That kind of crew you just wanna root for & see them find the way to the success their skills & passion deserve…that’s Royal Ruckus.  If they keep flexing the finesse along with the fun the way they are throughout the video & single “Back N Effect” here – I feel like there’s still every reason to believe that they’ll catch that attention they should be.  Could be a killer cut, could be a wild viral video – Royal Ruckus proves they still have a ton in the tank & a full range of tools visually & audibly to make their mark a permanent one out there in the music-scene.  Bottom line is, they always ensure that the listener is having just as much of a great time as THEY are – it’s that genuine enthusiasm they add into their songs like “Back N Effect” that ensures a quality listen every time…completely stoked to have these guys back on the scene this year.

Find out more about Royal Ruckus at their official page at:  https://royalruckus.wordpress.com