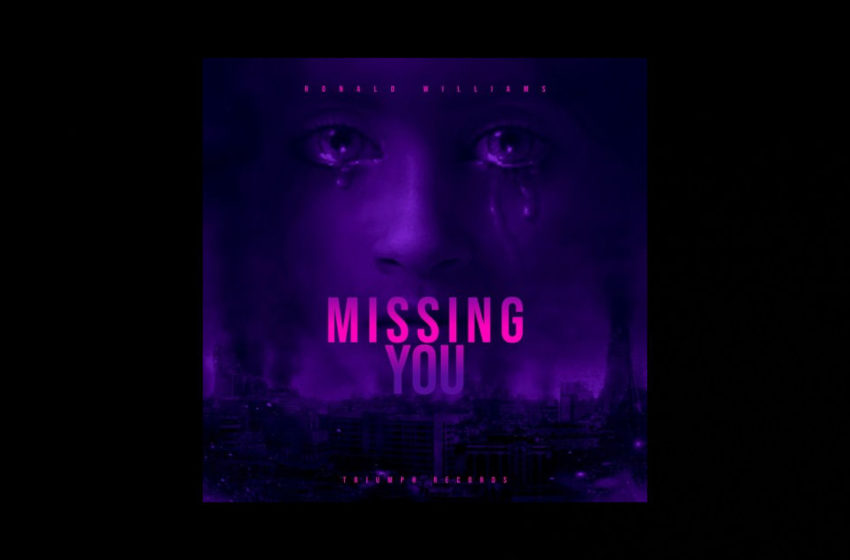 For those of you that follow along with our pages here, you know that ultimately, I’ve always been in the corner of Ronald Williams – straight-up, the man’s a brilliant songwriter when it comes right down to it.  While I can’t quite claim that I’ve been there from day one…I ended up on this bandwagon of his pretty close to the beginning of when he started pumping out music into the online world and letting the rest of the world in on the talent he’s got.  As a result of all that, I’ve witnessed the highs and the lows both in front of & behind the scenes…I’m quite familiar with the struggles this guy’s gone through to get his music noticed out there and the journey he’s been on to find the sound that works best for him overall.  I’m positive many of you out there feel the same way about your own careers & music – it ain’t easy.

All that being said…when it comes to writing and creativity…not too many people have the skills he’s got – that’s just facts.  I’d be the last to say that, just because he’s got a record of some great performances and others that have shot wide of the mark, that he shouldn’t be the voice behind these tunes.  At his best, Ronald’s a true force to be reckoned with and a seriously powerful artist out there in the scene that has always had the potential to one day rival his idols like Michael Jackson and Prince.  As much as I’d like to think that it’s as easy as pushing play when it’s time to record and get that best version of ourselves on a recording – I know full well that it’s not.  Results may vary, as they say, and that’s certainly true of studio time, no matter how ready you may be as an artist…tapping into the emotions and energy that a song requires is a completely rare thing; and once you’ve pulled it off, that’s the dragon you can end up chasing relentlessly in search for another song that’ll possess that same magic.

So here’s where I’m at with “Missing You,” one of the latest singles released by Williams…

First off – I think this is absolutely an example of Ronald’s best songwriting.  I admire the intentions and the sweetness behind the words, and I think the melodies he’s written into this song are lighters-up phenomenal…there’s no doubt about the universal appeal that’ll catch the attention of the hearts & minds out there listening when it comes to “Missing You.”  It’s endearing, charming, passionate…all these things and more really…”Missing You” is a song that’s clearly written right from the inside of RW’s thoughts & feelings, and ultimately that translates quickly to us as listeners – you can hear the sincerity.  Lyrically, he’s done an outstanding job of finding the real heart in this song and presenting its theme in a relatable way through his words.  People will connect with what he’s singing about here, no question.

Musically, I also think he’s aces here.  “Missing You” has that hybrid-style going on.  Somewhere in between a slow-jam and an epic ballad, he’s got a single here that hits the mark when it comes to the remarkable shine on the instrumentation.  Highlights like the melodic piano notes, or the brilliant flash in the guitar solo, along with the precision-perfect musicianship surrounding those two main attractions, leaves you with a song in “Missing You” that’d be pretty damn hard to find any fault with when it comes to what you’ll hear in the rhythm section or the lead parts.  In fact, in many moments, it’s breathtaking.

As far as the vocals go…I’m never gonna lie to the man…it’s a bit more hit & miss in that department by comparison.  Some of these spots are spot-on perfection, others at times can wander a bit too far into the more abstract vocalizations, and that can be a deterrent to accessibility.  That’s where the art of self-restraint and knowing what suits the song best really comes into play…you gotta know when to hit that switch, if you’re going to at all.  I know that Ronald is ALWAYS going to hit that switch – that’s part of his style, part of his sound…my advice is to simply know when to hold’em & when to fold’em, you feel me?

I think of it this way – in this style of R&B/Pop that you’ll often find Ronald in, you’ve gotta give the people something they can follow…something they can literally sing along with.  The main way to do that, is through consistency in the melody and what’s being sung.  It’s the complete and entire reason, why you’ll find that the vast majority of superstars in this genre will keep it as intact and uniform as possible through verses one & two, choruses as well – and then towards the end of the song, start allowing that deviation in the melody to come out, along with a whole host of changes in tempo & tone as a range of other vocals come in to create a highlight ending.  Sometimes…and it might be the case when it comes to listening to “Missing You” – it sounds like Ronald’s already in that final gear as a song begins; the effect becomes that, as listeners, we don’t have as much familiarity to latch onto…and it can become much harder for the average set of ears out there to continue to stick with that from the get-go.  I’d be the last person to tell Ronald or any other artist to ‘stick with what works’ and not go beyond what others have created in pursuit of the art – but by that same token, there’s a reason as to why all these standard elements of the genre are the way they are…and that all comes down to accessibility.  You want to challenge yourself as an artist, you want to push the art of making music forward…that’s the goals for everyone out there universally.  But you also want to give people consistent reasons to keep listening…at least at the start – and then BAM – hit’em with the high-notes…or extended a single word for another full thirty-seconds through vocalizations and hanging onto the moment…that kinda thing…towards the end.  Having a lot of deviation from these established standards & norms at the beginning or even the middle of any given song becomes a risk in terms of what people can handle.  To be fair to Williams, even though he might seem to start in that third gear in many ways – he does still find a way to bring it up even more towards the highlight ending/chorus run-throughs at the end of “Missing You” – it’s just a matter of whether or not he’s kept the audience with him to get to that point.

So reign it in a bit homie…that’s my advice here…keep the fireworks secured for the end of the show.

Having said all this, I’m still a huge fan of what he’s created here – in more ways than I can count, he’s written a bulletproof tune here that shows a ton of heart and what makes him such a high-caliber artist.  When I listened to “Missing You” the first time, my jaw was pretty much on the ground in awe of what a truly great song he’s created with this single.  Which brings me to the final point that I’ll make, which is that Ronald Williams 100% completely deserves a full-on music-career; as to what role he wants to play – that’s the trickier part.  I think there’s still a bit of consistency to build on when it comes to the vocals – but when it comes to the writing, this man could easily be providing material for any of the legends out there in music today, and they’d be more than happy to take on songs like this guy creates.  Ronald knows his hooks, he knows how to write material that matters…and whether he’s singing it, or someone else is, the songs he creates are tunes that absolutely should be out there in the world in some way, shape, or form.  Would he accept a role as a songwriter without playing the starring role?  That’s another question entirely…and knowing him as well as I do, I’d be highly doubtful that he would if I’m being truthful – he wants to be the center…wants to be that entertainer…and ultimately, he’s got all the skills and talent to DO all these things – any highlight moment of his vocals on “Missing You” would confirm that to anyone listening.  It’s all about focus now…sharpening that up as much as possible, and staying fixated on what serves the song best…and he’s more than capable of doing that too; like many artists & bands out there, it’s not so much a matter of cutting corners, so much as it is remaining as objective as possible and doing your best to understand how people listen to music & what they can latch onto.  “Missing You” could go on to be refined just 5% more and become a massive hit for Williams, or for another artist out there if he chose to shop this song around to others.  The main point is, he’s got options of all kinds…and as far as where that’ll lead him in music, he’s in full-control of where his talent could take him.  One way or the other, I’d still bet on Ronald Williams to find the success he’s seeking out…he’s one incredibly powerful songwriter with a remarkable amount of versatility as a performer as well – whether it’s finding that next step of his own evolution, or turning his material over to someone else to tighten-up the corners or make the song their own – all his many strengths that he’s displayed in the past and again here on “Missing You” are more than proof that he truly belongs in the music industry.