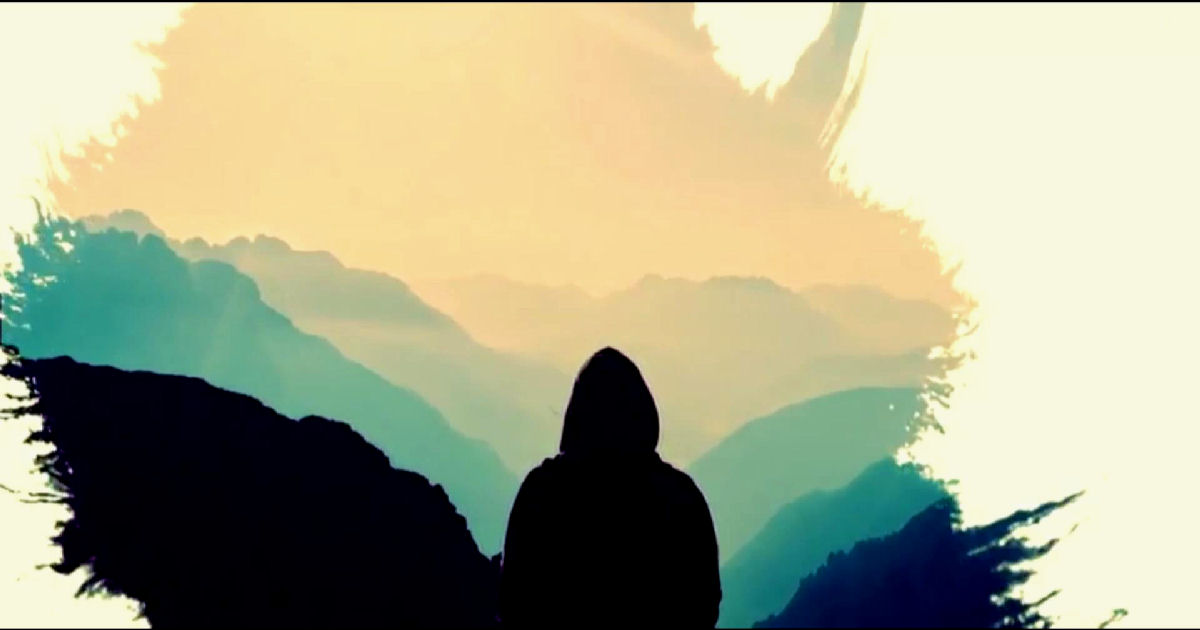 I think there is one thing that I can safely say about all three of these new songs from songwriter Ron Huelskamp featuring Chris Davidson on the vocals, and that’s that I think they’re all a step-up from the last time I heard this collaboration in action, not too long ago on the demo for “Give Me One More Kiss.”  Without exception in my opinion, each of these three tunes revealed more of the potential in the songwriting and stronger ideas; “Give Me One More Kiss” was a decent tune overall…but these new songs take the story further and allow us to get a better sense of what’s happening over there in the Huelskamp music factory…somewhere down south from where I am now in Arizona I believe.  But the long-story-short is, whereas last time around I would have likely eventually argued that the last single might not have stood out enough to be memorable over time – I think these three new tunes have more notably ambitious ideas that have their own clear identity & long-lasting hooks.  The potential has risen.

“Thanks To You My Friend” was the first track I checked out of the three I’ve got here on my playlist, and quite honestly, this gentle gem really put me in a fantastic mood.  There’s a lot going right here – I think the guitars are simple & sweet, adding in the perfect amount of melody for Chris to sing along with.  Ever the professional, Chris does an excellent job of adding the right energy & emotion into the words, bringing in bright melody to the verse and bolder tones to the chorus.  Lyrically, there’s an incredibly sweet & honest sentiment that runs gorgeously through this song…a genuine thank-you to someone out there, written in such a way that we can all relate but that you can feel was likely also created for someone out there specifically to hear.  If I’m being entirely honest – “Thanks To You My Friend” was the kind of song I was almost surprised to be as into as I was…everything sounds great in the execution, but I was questioning whether or not the playful backing vocals might have pushed this one too far.  Upon repeat listens, I couldn’t help but notice just how much I looked forward to those parts as they’d come back time & again on my playlist…they’re definitely an essential part of the song’s hooks in the verse and just as massively appealing to the ears as they are to the heart.  Solid tune and a great start into this next experience with Ron Huelskamp’s songwriting…I felt like this was immediately a stronger impression and that “Thanks To You My Friend” came out really well.  And then…it might have even gotten better from there…in fact, I’d go so far as to say this was a strong first tune yes, but I think if it came right down to choosing, personally I think the next two tracks offer even more to your speakers.

Interesting side-note on “Till Death Us Do Part” – I went on a mad Google search to check out the origin of that phrase & anything else I could find out about it.  I was trying to figure out if there was a hidden meaning behind switching the words ‘us’ and ‘do’ in the way it’s written in the title…because there was no doubt in my mind that ‘til death do us part’ is how that phrase itself is more commonly known.  Turns out, I was half-right at least…it’s much more familiar to people as ‘til death do us part’ and will return thousands more returns on an internet search, but the actual original phrase is apparently exactly as it is written in the title itself.  Interesting right?  There you go…something to assist you on trivia night.  For real though…I got lost down the rabbit hole reading an intense online debate from about seven years ago over which way this phrase is correctly written…I must say, it’s quite enjoyable to read literary-types and wordsmiths duel back & forth, they’re so subtle with the way they phrase things and make their points…but not really at all if you catch ‘how’ they’re saying ‘what’ they’re saying, feel me?  Anyhow.

“Till Death Us Do Part” is certainly further proof that songwriter Ron Huelskamp is definitively a lover, not a fighter.  Ultimately, you could listen to the lyricism of this second tune and come to the conclusion that they’re pretty much wedding vows in lyrical form…which…I dunno…I thought it was kind of cool actually.  I think that…as far as Chris is concerned, he does a great job in the chorus – but that part is almost a guaranteed-lock, it’s also the strongest part of the melody in the writing.  The verse as it is…needs a pinch of salt or something…I like what I hear from the music but I think the flow of the words needs a bit of additional support to make it all stand-out a bit more vibrantly.  Compared to “Thanks To You My Friend,” you can hear a bit less energy from Davidson in the verse of “Till Death Us Do Part” or that he’s a bit less sure of the direction he’ll take with the flow of the words.  Overall, I think they both get bonus points for the sweetness in their intentions here…and I think that “Till Death Us Do Part” is probably one of the weightier & more personal ideas you’ll find in the Huelskamp catalog.  I’m a lover, not a fighter too – so this kind of cut appeals to the sensitive side of me for sure…but I think that it’s got a fairly universal sound that’s nice & mellow, dreamy and highly-vivid through its lyrical imagery that you feel like you’re right there witnessing someone get married.  Of all attributes that can be attached to a song, feeling like you’re completely out of your own world and stepping into someone else’s like you do on “Till Death Us Do Part” – whatever you want to call that feeling by phrase or by name, that’s the magic you’re looking for when it comes to an experience in music that people can actually visualize.

Speaking of magic – “Magic Pill” was the final track I checked out from this collaborative effort between Huelskamp & Davidson.  Now…not only am I generally a big fan of melody in music when it comes right down to it, but I’m also all about that hint of sadness, if not full-on despair when it comes to that melody involved.  A nice happy, upbeat idea like “Thanks To You My Friend” is inarguably more of what the world needs right now…but if we’re talking about what personally satisfies my ears in general, it’s songs that tend to be a little more down in their lyrics & attitude…mostly because I find them more thought-provoking really.  Happy is a fairly easy emotion to connect to & understand what drives it…sad can be a much more complex affair and have several layers to it, again – in my opinion.  But I think there’s something to that theory, I truly do…and I think a song like “Magic Pill” proves that perfectly.  Of the three tunes here in review today, it’s most likely that this would be the song I’d continually reach for over time.  I think the guitars are spectacular once again, I love the way that Chris sounds in the verse & chorus of this tune and adds commendable character to both parts in the way he sings it.  Structurally sound, the pace, flow & melody of “Magic Pill” move slowly and surely…the lyrics themselves might be questioning & emotionally insightful, but the way they’re sung is solidly, confidently & with true conviction.  It’s kind of like a cross between Band Of Horses and Chris Isaak…in all honestly, it moves at a really captivating pace…that chorus might be crossing the threshold of the red-line just slightly, but the idea itself is certainly intact and overall I think “Magic Pill” really connected the words to the emotions.

Solid three-tunes for sure…I’m positive I enjoyed them all more than I did the first single I checked out from this collaboration between Huelskamp & Davidson…that could very well be a sign that things are heating up over there and Arizona, despite whatever Punxsutawney Phil has to say about it all this year.