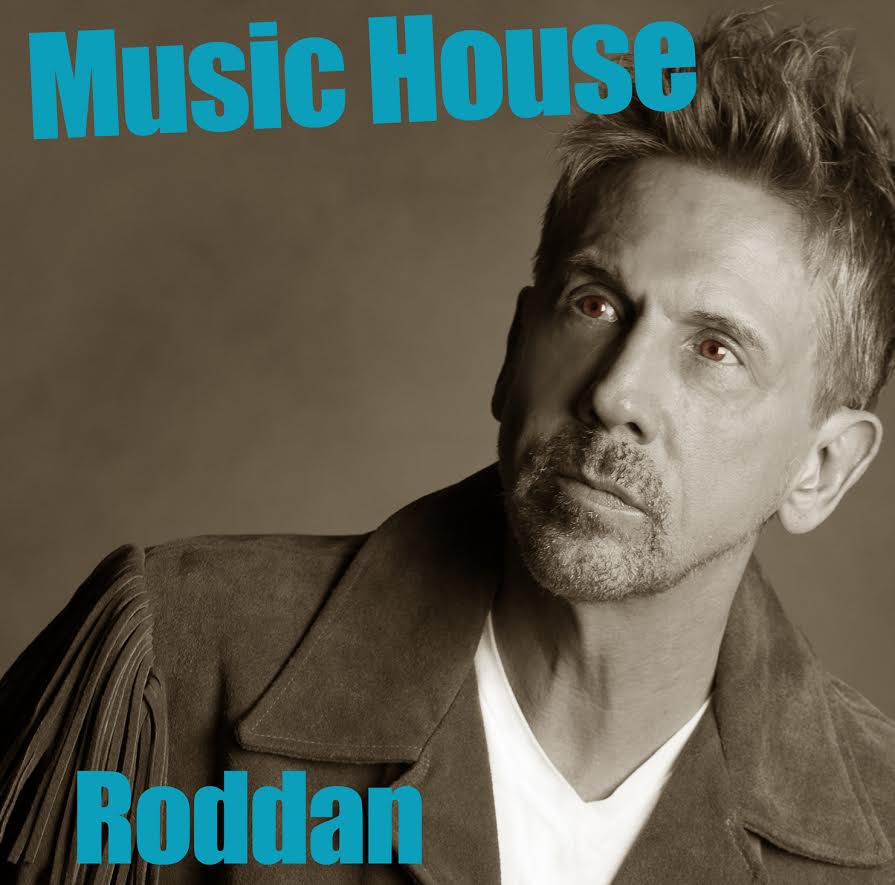 Today we’re checking out a handful of singles that come from singer/songwriter Roddan’s latest record called Music House.  Dude is from Seattle himself…but you’ll hear throughout the core of these songs that he’s infused the music with that authentic Austin, TX/Nashville, TN sound that lends itself so well to genres like Americana, Folk, Rock & Country.  That’s based in fact for the record, it’s not just an astute observation as much as I’d like to stake the claim; Roddan’s got A-list Austin studio-musicians assisting him in bringing his writing to life in the recordings, which were eventually mastered at Yes Master Studios in Nashville.  I know…details for music-heads right?  I think it’s more than that personally…I feel like you really can hear the results of that kind of collaboration on the songs we’ve got in review today – but more importantly, you can hear that Roddan fits right in with the identifiable Nashville influence and wears it really well in the music he makes.

What I found I appreciated most about Roddan’s style however…was the slick-resistant performances he put into his music; let me explain…  As much as I love many musicians, artists & bands that have made the trek to Austin or Nashville somewhere along the lines of their career…I’ve also heard it turn a ton of those same artists/bands/musicians into…well…everything else.  Like it or not, when you head to these music-meccas, for all the benefits that there truly are, conversely, a lot of that influence ends up finding its way into the overall sound in such an ingrained way that it can end up setting a songwriter adrift & lost in the sea of sameness.  But to be truthful – I felt like Roddan managed to truly retain his own sound, style and approach…you can tell that the musicians around him understood his vision for the music and didn’t try to change that too much from what it was, just bring it to life around him.  You might think that’s easy…you might think that’s natural and no problem at all…but I can tell you after watching/listening to numerous artists that have headed to Austin & Nashville, that it’s much more difficult to hang on to the ‘you’ that makes ‘you’ special in the first place – but somehow Roddan did.

From what I’ve heard…and honestly I’ve dipped into this record to check it all out just because I’m always interested in what I’m sent as a ‘sample’ when a full-album is concerned…it’s always cool to see/hear the perception of what we’ll connect to.  For me…one of the most powerful combinations of music back-to-back came through the songs “Far Away” and “Rain’s Coming Down” which are both gorgeously played & performed…but those weren’t even on the list today!  But also being truthful, I’m a melody & ballad guy and both those songs speak to me in that way; let’s check out the tracks from the album-sampler of Music House and see what Roddan & his crew felt like came out as the go-to songs & singles from the record that we’d all connect with…

“Empty Miles” was the first track I checked out from Roddan, and while the narrative is a downtrodden one to match the energy in the music, there’s also a tremendous amount of melancholy beautiful and uplifting spirit in the heart of the storyline.  Roddan’s songwriting immediately shines within the lyrical framework of the song, love the slight-gravel to his tone & the melody he’s created…it’s like a mix of Lou Reed & Mick Jagger with added sweetness in their voice but still strongly representing a real classic sound to his voice.  The mix on them is perfection, love the gentleness of the guitars and song overall…as far as introductions to a sound go, “Empty Miles” tenderly brings you into the world of Roddan and definitely flexes some of the real strengths in the musicianship & songwriting combined.

That being said…first impressions are one thing, first impact can often be another – and when Roddan kicked Music House into gear with the album’s third track “Bitter Pill” featuring Patricia Vonne…believe me, your ears will take notice of the increase in vibrant energy.  The mix on the guitars in this song is absolutely sonically impressive, especially in its solos and midsection; the hooks in the vocals are everywhere you turn and Vonne adds perfectly to Roddan’s smoky vocal sound with real sparkle.  The violin…or fiddle…whichever you want to call it…has been more than noteworthy on both “Empty Miles” and “Bitter Pill” – and in the latter, completely showcases how captivating and electrifying the instrument can truly be.  Great rhythm & groove on “Bitter Pill,” there’s a real comforting and inviting sound to this jam that flows right through you; in terms of a song to include in an album-sampler or potential single you’d get no argument from me – every hook sinks in deep here and this song really makes the memorable impact Roddan’s writing deserves.  Fully realized, wildly vibrant and wonderfully played – no reason I can think of that should prevent “Bitter Pill” from being a serious hit for him.

If you hit-up Roddan’s page at Soundcloud, you can get yourself a strong representation of his album Music House and overall sound through the song “Whiskey, Pills And Pain” being offered as a free download.  Its blending of genres is impressive; it’s written in a Rock-ballad attitude and executed with a real combination of Folk/Americana that reaches the soaring & extraordinary heights of his ambitions.  All the edges are smoothed-out just enough to keep the production sparkling but Roddan’s personality in the music completely intact; it’s all largely outside of my own genres of choice but I would absolutely listen to ALL of this.  Specifically, “Whiskey, Pills And Pain” – genius idea to hand this song out as a free-sample for all to hear…those opening violin (maybe cello?) notes that welcome you into this track are pure-gold, absolutely gorgeous; but what becomes even more impressive is how each and every layer really adds to the next…from the added vocals, backing vocals, piano & guitars…you name it and it all complements the instruments and sound around it.  For a slow-tempo tune…I’d argue that there are just as many, if not even more hooks in “Whiskey, Pills And Pain” than we just experienced in “Bitter Pill.”

Least-suited for my own personal taste was “Crossroad Dues,” which really starts heading towards that modern-day Country vibe…but again, the execution on everything we hear completely won me over.  I can try to deny a song like this all day long but when you hear how well everything is played and how passionately…I mean…you’d have to have a heart of stone to not end up digging the vibe!  The guitar work in this song is absolutely OFF THE CHARTS in more places than I can count, the backing vocals are electrifying in their sound & performance and again, as per the Roddan-standard, there are hooks everywhere you turn to listen.  From verse to chorus, “Crossroad Dues” for me was the most surprising by far…it’s definitely a wild & partying track with that Americana/Blues-Rock twist like The Black Crowes at their most fun…but the amount of enjoyment I experienced with this particular track was so much more than I initially thought it could possibly provide.  For me…taking a familiar environment and sound like you’ll hear in the music and writing of “Crossroad Dues” and really elevating it like this through the passion and enthusiasm in the performances are what really makes the songwriting of Roddan possess the hallmarks of a hit-maker – he clearly knows what he wants to get out of his music/sound and has found all the right people to assist in making the most out of every moment.  The all-out fun of “Crossroad Dues” is audibly tangible and electric – a great way to end the experience of getting to know the music of Roddan and absolutely leave me looking forward to more.

Find out more about Roddan at his official site at:  www.roddanmusic.com and support him at Facebook:  https://www.facebook.com/RoddanMusic/