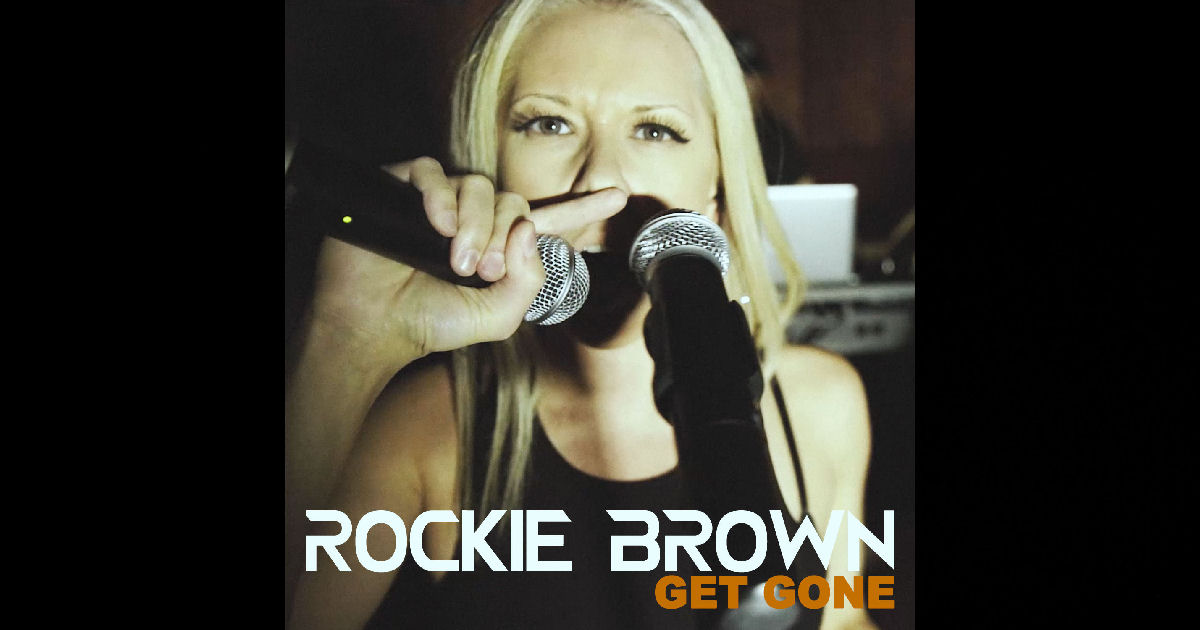 Not quite sure how else to put this other than watch the fuck out for Rockie Brown, because she’s coming for the throne whether you like it or not.  This fine lady is all-confidence, all-skill, all-style, ALL DAY long y’all – and she sounds absolutely destined for the big-time from what I can hear on this new single “Get Gone” & what I’ve read about her online.  She’s currently kicking all the ass from Las Vegas, she also signed some sort of massive dealio with a whole bunch of shows you’d know like Keeping Up With The Kardashians, MTV’s The Real World, Lohan Beach Club, and many others – it’s clear that 2019 has been a completely successful year for Rockie Brown and it sounds like it’s still heating the hell up!

While it’s going to be easy no doubt to assume that being associated with these shows essentially equates to Rockie having a flashy MTV-inspired hit-song sound (which, to be honest, this new single does) – I would also challenge you to look & listen deeper into what’s happening here.  First & foremost, you’ll notice the attitude…and for real, recognize that Rockie is second to NONE when it comes to this category; the amount of venom she flexes in her lyrics along the way packs an enormous bite to it…her tone of voice assures you that, yes indeed folks, she means every damn word she sings.  The confidence is SUPREME – and I LOVE IT – listening to “Get Gone” will leave you with zero doubt about the fact that Rockie Brown was born to be a world superstar.  The entire vibe of the music on this track isn’t following the trends – it’s ESTABLISHING them – that’s what I’m saying here…Rockie has the potential to redefine the scene.  The electro edge is sharp AF, bringing in a perfectly killer & dynamic beat for Brown to work with, giving her all the space in the world to reveal the swagger & authority she brings to the microphone.  For real – it’s clear that Rockie gives NO FUCKS at all, has a middle finger straight-up to the world, ready to rock the scene however SHE chooses to with confident, crossover sound – a track like “Get Gone” audibly confirms & proves how bossed-up this artist really is.

No joke though – EVERYTHING is going right here.  The production, mix, structure, assembly…all that stuff is great – the performance from Rockie is more than outstanding…like I’ve been saying, even with all the attitude she can pack into a song, there’s no denying that she is completely world-class when it comes to pure audio entertainment.  I think you can hear the effect that her mindset has on the way she sings “Get Gone” for sure…with the confidence she has, she’s able to get an absolutely UNREAL performance out of herself when it comes to how wild Rockie gets with the stylistic & slickness of her vocals.  She’s not just a perfect fit for the song – she’s the kind of singer you can tell would be an asset to ANY song – from her own solo-stuff to collaborations, believe me, she’s gonna keep on CRUSHIN’ IT over these next years to follow & we’ll all be able to reminisce about how cool we are cause we heard her music way-back-when one day.  According to what I’ve read online, Rockie studied at the American Musical and Dramatic Academy in Hollywood…I’m assuming straight A’s after what I’ve heard on “Get Gone,” because the intensity & drama run extremely high throughout this tune in all the right ways.  So take note there kiddies…sometimes education can be a really damn good thing – when you use the knowledge & knowhow this cleverly and let it guide your own natural instincts & expressive tendencies – YOU TOO can become a total boss just like Rockie Brown!  Okay, okay, okay…don’t register for class just yet – if I’m being truthful with you all, there’s little to no chance at all you’ll become the next Rockie Brown…she is that rare of a diamond.  And she certainly don’t need my approval, though she absolutely has it; with the amount of success coming her way, it’s already clear she’s gonna be a household name.

Not a single thing I’d change about this, not a single thing more I’d ask of Rockie with her performance on “Get Gone” – she’s 100% committed on the mic and puts straight fire into every note she sings.  The hooks in the mix of sparkling, shiny, and flashy sounds that rip through the lefts & rights of your speakers are spectacular…you’d run out of fingers if you tried to count’em all.  You can hear from her words & the way she sings them, Rockie Brown ain’t holding ANYTHING back on her quest to be the best – and believe me, if I was…hmmm…just about EVERY other artist out there, I’d be paying close attention to this one…because Rockie’s comin’ – and it won’t take long before she’s looking at them in her rearview as she surges ahead of the rest of the pack & changes the game for the rest to adapt to.  My bet’s on Rockie Brown going on to dominate the globe…I truly think there’s zero chance of being wrong here.  She’s got me fired-up & amped-up enough to fight anyone that wants to disagree with me.

Well then?  Any takers?

I thought not.  It’s not because I’ve got one entire spoonful of muscle at most on my entire body – it’s because no one on earth would disagree with the incredible amount of X-factor & superstar potential that you’ll hear in Rockie Brown.  This lady is phenomenally talented – no possible way of stopping her from rising up in the scene and standing apart from the rest – this is a complete next-level artist, 100%.

Find out more about Rockie Brown at her official homepage at:  http://rockiebrown.com