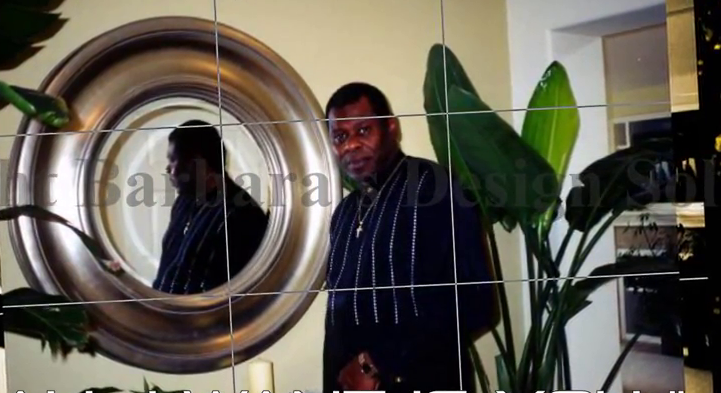 Here’s an honest cat. Robert D. Montgomery has just released his first three singles…we’ll talk about them all through here…but I gotta say; it’s impressive just how much of himself that he’s put into these heartfelt jazzy tunes. Robert clearly writes from personal experience and translates those feelings into emotional songs that have a warm & inviting sound certain to bring a smile to your face.

I’m not even sure why…I’d have to go back through his catalog, but I feel like there’s elements of what Robbie Nevil used to create in his slower-jams. Don’t quote me on that one…like I said, I’d need to go back and listen to his entire catalogue to find out WHY my brain just jumped to Robbie whilst listening to Robert.

What I DO know for sure is that the first single I listened to, “Kim K,” was quite the tale of love from afar. I gotta admit Mr. Robert D. Montgomery…it’s a little on the suspicious-side; let me explain…

I mean, all I’m saying is…we haven’t heard from Robert up until now…and he’s releasing a love song about a girl that needs to get her head in the game and make the RIGHT choice for her instead of staying in a loveless relationship. I’m not saying it IS the case…but perhaps the man is putting out the song in a real-life effort to get the girl at this very moment in time? If that IS the case…then I gotta hand it to the guy…smooth move player!

Aside from my suspicions…the song sounds sweet in both tone and intention. And as it turns out anyway…it’s about Kim Kardashian, which I honestly never would have assumed! With a light jazz-pop sound, gentle guitar and tender vocals, Robert sings with a sincerity that can’t be faked. There are moments that come through more confident or clear than others, but for a good 99% of the time he’s got himself a clear sound that displays the purity & honesty in his lyrics and music. The love once described from the outside finds its way to the inside as the storyline takes a dramatic switch for the second verse…perhaps a flash-forward? I’m not quite sure…I almost feel like I need an extended-cut of “Kim K,” I’d feel like I missed some major plotline details in between verses one & two if I didn’t get a chance to read the storyline daily in any given magazine!

In any event, it makes for a sweet tune and innocent melody…I appreciate that kind of honest-sound…there’s absolutely no pretense in Robert’s music. He comes across about 100% more confident in “All I Want Is You,” which…is…well…another love song about becoming ‘the one’ for the song’s muse.

Robert…you animal! I’m calling you out here man…I’m telling the world right now Robert…I can hear from these songs that you sir, are in love right at this very moment in time and it is the ONLY thing that occupies your mind. Go ahead…you try to convince me I’m wrong and I’ll show you the picture of the beautiful woman you’re most certainly keeping stashed in your wallet right now…

All rumours aside…I think this song came out spectacular. Vocal-wise, Robert comes out smoothly in the opening verse and continues strongly with his melody & tone for the duration of the song. Great guitar in this one, excellent vocal-flow, delivery is confident for sure…it’s a good song that is written from the heart – bonus points for Robert and anyone out there that can pull that off without sounding cheesy! Because it really doesn’t; I can’t stress that enough – it sounds real, it sounds genuine. “All I Want Is You” is authentically sweet without overdoing it; this song could have been PACKED with mushy love-stuff…Robert has a gift for knowing how to say what he wants to say and he says it all quite well.

The final single I got a chance to check out was “Without You,” which, if there was any doubt…should confirm that Robert D. Montgomery is indeed a lover and not a fighter. It’s another well-played song; there’s no issues with Robert’s performance on the guitar. His demeanor on the microphone is often very reflective of the song’s mood and lyrical-themes; there’s a more distant, sad, lonely and isolated tone throughout the lyrics…expressing the reality of life without the love of the one he’s longing for.

Here’s the thing…whomever these songs are based upon should be incredibly honoured. I’m not 100% certain that this is all based on his real-life, again, I’m just providing insight on what I personally hear. And what I hear is a man in love RIGHT NOW; and if that’s not the case, it’s impressively convincing for being generic – but I really don’t think that’s the situation here. I think these are three songs that are indications of the way that Robert is currently feeling right now…I think he’s found his true muse and partner in life; he’s just trying to find a way to express that love and truly seize the moment. He clearly has a lot of love to give and is definitely the kind of artist that always speaks from the heart. I admire that in Robert D. Montgomery and his music.

And I suppose…if I’m WRONG about all these theories in behind the scenes of these love-songs…then I guess we can all look forward to his next album which I guess would then be about fast-cars? That’s how it goes right? Chics and cars…that’s all music is isn’t it dear readers?

My insights don’t often let me down. I’d be surprised to find out these are generic songs about love and not based on ACTUAL love itself. And Robert strikes me as the kind of stand-up guy to really say what he honestly feels and go after love with all the passion and romance a woman could possibly ask for. A follow-up album about cars WOULD surprise me; a double-album full of new songs about marrying the girl he’s professed his love to on these singles here, would not at all.