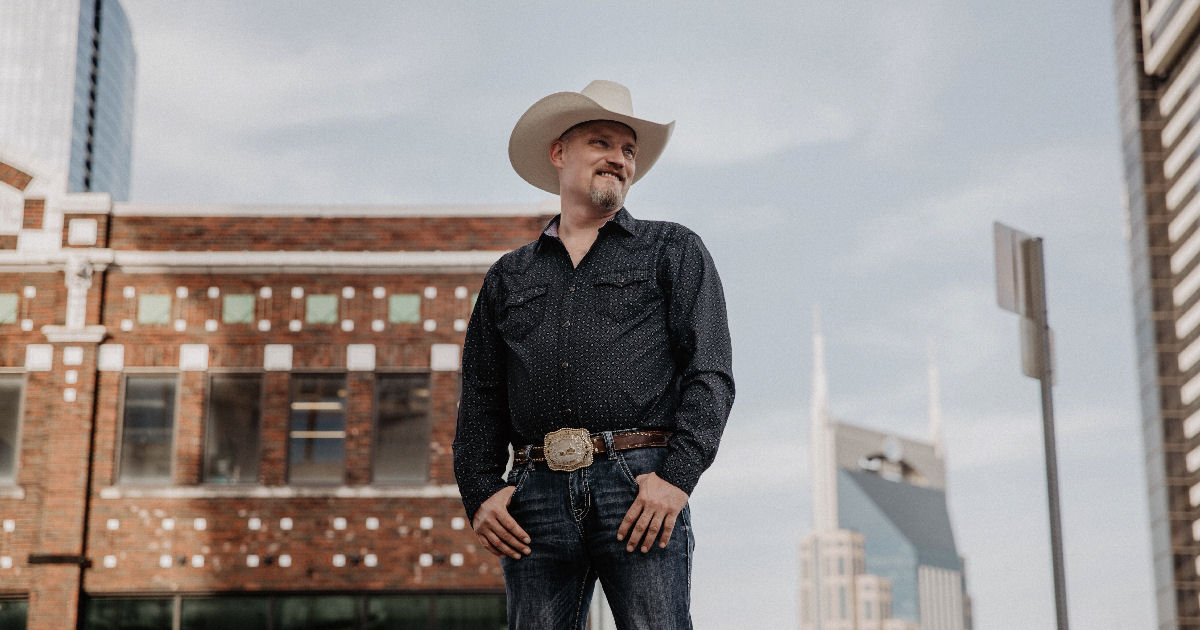 Really digging the spirit & attitude of this cowboy behind the scenes.  For what it’s worth, he beats the odds for me personally too, and makes a brand of Country music I’m more than willing to listen to – a bit of that is due to the flawless precision and professionalism he brings to his songs…but a whole lot more of that comes shining through the genuine desire Rob Georg has in comparison to most artists out there.  If you read the last review I wrote about his music when discussing his singles released earlier this year, you know that when it comes to pursuing his wants, dreams, and desires – nothing gets in his way, nothing is stopping him from reaching his goals.  He’s that rare kind of artist with the commitment it takes to completely relocate in order to move forward, which he’s done in the past by hitting up Nashville, USA, after traveling there from Germany, all in a sincere effort to reach that next-level so many of us seek out.  Take a lesson from Rob…when things matter to you as much as music does to him, you don’t just get out of bed with a chipper attitude ready to approach another day – you go after it with everything you’ve got – and if that means a giant hours-long plane ride to do all that, then so be it.  It’s a journey that’s been worth the taking…you can hear that in the results of these bulletproof tunes. 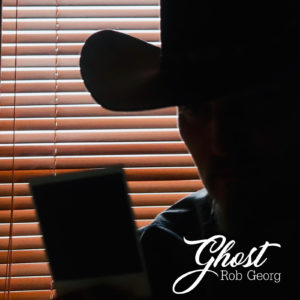 If you don’t end up somehow relating to the nostalgic sentiment flowing so sweetly throughout Rob’s single “Ghost” – feel free to switch places with me will ya?  I felt like Rob nailed this song perfectly with the imagery & words found on “Ghost” and brilliantly gave these lyrics a stunning & subtle atmosphere to house them.  In many ways, without ever dipping too far ever into anything that tips his hand too obviously as to what this song may ultimately be about specifically – I bet if you have a close look here between the lines, you’ll actually discover one seriously impressive love song.  As to how that love is defined, whether it’s friendship, family, or loved one – or simply the shimmering reflection of respect & admiration for someone important…”Ghost” is full-on proof that those feelings we have towards one another & the impact we make on each other’s lives…those never die.  Personally I love how well crafted & careful this song truly is in the writing, to never go too far into the specifics in such a way that you wouldn’t be able to interpret this story from Rob as if it were your very own…”Ghost” will likely be shockingly real to you.  The quaint & comforting sound that this single creates, reveals just how welcome this “Ghost” truly is in Rob’s life…a concept that I think many of us can get behind.  Whether you’re the type to fully believe a presence is around you, or it’s the feeling of a memory that comes back sweetly to remind you of someone you love that’s long gone…”Ghost” proves that some people never leave us, ever…and makes a beautiful statement on what a wonderful thing that can truly be.  The drifting slide-notes from what I’d assume is probably a pedal-steel in the mix here, are the perfect complement to this thought-provoking tune from Georg…the way the guitars drift in & out of this song mimics the way our own thoughts, memories, and emotions flash before our mind while “Ghost” plays on.  And of course, the solo is excellent…the musicianship all-around is really – you’re not going to find a solitary step out of place…it’s as tight as tight can be right from the seed of its idea to the end results here – I think the remarkable all-around focused songwriting & stunning execution on “Ghost” really shows just how capable Rob Georg really is.  Without a doubt, he’s got a single that connects strongly with this tune…for as subtle as it is, “Ghost” makes a massive impact and creates a genuinely moving moment in time you’ll relate to & remember.  Bonus points for one of the best lines I’ve heard this year with “the only place where time is on my side is in my head” – if that don’t say it all, I don’t know what could.  I feel that line so powerfully it’s like Rob’s ripped it right out of my heart through my chest.  He’s tapped right into a whole line of thinking that I definitely believe we all share at the core of our souls – and he’s found magnificent ways of expressing these thoughts through the words & music of “Ghost.”

“Gotta get some pictures on my skin…” – I know a lot of people out there that’ll certainly relate to this second single called “Time For Some Ink” too, albeit for completely different reasons though!  Rob’s always got killer sound going on…whether it’s been BIG tracks that go in this Rock/Country direction like this or what we’ve experienced in the past like “Dust,” or even in more subtle environments like what we just heard on “Ghost” – the quality is astounding and the clarity is absolutely enticing to the ears.  For the tattoo crowd out there, “Time For Some Ink” is your new anthem for sure…I’ve only got a modest three of’em myself, but every single one of them is the representation of what makes me the person I am today, just like these images we permanently tag to our bodies are for many of you as well.  Rob’s included in that of course…you’ll hear the whole story on his passion for the ink here…and just how addictive that can be.  Quite honestly, that was the best advice I was ever given before getting my first tattoo – don’t even get ONE if you’re not prepared to get at least five in your lifetime later on; it’s something that those who have gone under the needle know full-well that the rookies with unblemished skin will never understand.  But the moment that needle pieces ya for the first time…and the end results of the art you now own permanently…the story it tells about you, the statement it makes…I’m tellin’ ya people, there’s really no feeling quite like it – and Rob does a wicked job of explaining that all to ya through the punch & power that comes along with “Time For Some Ink” – perhaps no better than when he sums it all up when he sings & exclaims, “I’ll be gettin’ a new one – as soon as this one heals!”  Amen to that brother-man…Georg has got me jonsin’ for a new tattoo now…”Time For Some Ink” WILL have that effect on ya if you’ve already got one – so proceed with CAUTION folks – I’ve practically got my next appointment booked now as a result of listening to this cut. 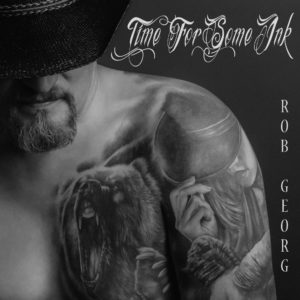 I also think that the way the bold sound of “Time For Some Ink” ends up coming out so strongly, is due to one other main factor that you can see being revealed throughout Rob’s music over time as these singles have been rolling out throughout 2019…and that’s the fact that he’s genuinely interested in the material he’s creating.  I know, I know…seems like it should be a given for the artists/bands out there – I assure ya, it’s still not the case – I swear you can hear the fact that music matters enough to Rob for him to cross the ocean for it, which you already know for a certainty, that he has.  The point is – whether it’s about matters of the heart, or straight-up things that interest him personally like getting a tattoo – it’s because HE is so connected to, excited about, and invested in his songwriting, that these songs entirely connect to us as listeners.  I hear a song like “Time For Some Ink” and it makes me seriously root for this guy – not every song out there has to be so laden with emotional depth that we drown in the pool of’em all combined – sometimes you want a track that scratches the specific itch you’ve got in the way only one song really can…and this is definitely that tune.  “Time For Some Ink” has excellent crunch, gripping sound and a passion for HIS passion that’s universal to us all – whatever your hobby in life or passion may be, I can only sincerely hope you go after it all with the commitment, enthusiasm, grit, and gusto that Rob Georg brings to his music.  He’s an incredible example of what it looks & sounds like when an artist really goes after their dreams – and I feel like each & every one of us could learn something from this guy…it’s seriously inspiring to see it all unfold in the right direction for him – even better to hear it.

Make sure to tune-in to the next episode of the SBS Podcast coming up this week – I’ll be spinning the new Rob Georg single “Time For Some Ink” and spillin’ some more thoughts for ya on the show about his music.  Until that time – stay up to-date on all-things Rob Georg by visiting the official pages below! 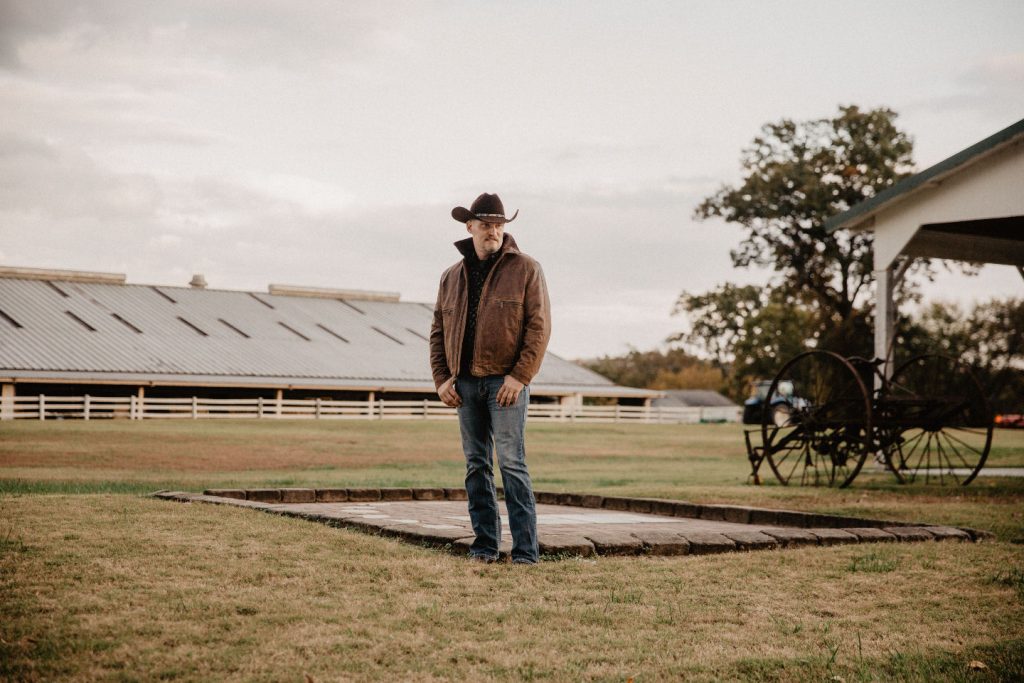