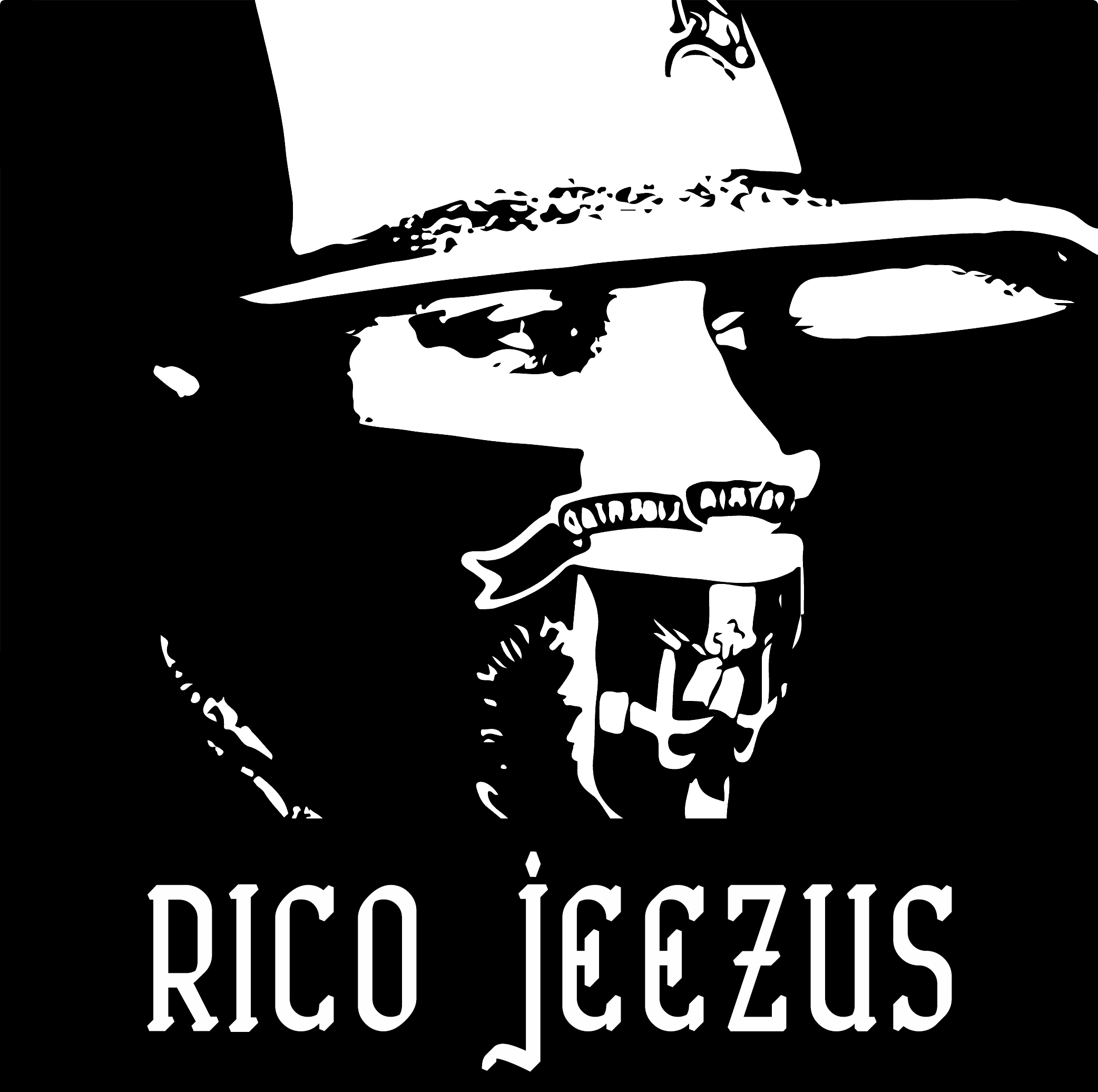 You know what I appreciate? Something NEW. My own work & writing included – independent music journalism…hell, even mainstream writers too…we all jump to words like new, unique, authentic, genuine when describing an artist or band’s sound – but it’s truly rare that we find those words apply to an overall sound that we’re hearing as opposed to the sound within itself. That make any sense?

I suppose what I’m saying is that an existing artist can produce NEW music…they can continue with their UNIQUE sound…they can stay AUTHENTIC and true to the sound we expect…confirming how GENUINE they really are or our impression of them is at the very least. But it is really a rarity to hear something that you feel like you haven’t heard before – and of all genres, Rap-music probably has one of the toughest challenges ahead of it when it comes to re-inventing its own wheel…so much has been done, and so many flows, beats and rhymes are already too close to each other to be called different anymore.

That being said…I also commented just the other day on the cyclical nature of music when talking about some 80’s influenced pop-music; while you might not be able to convince me that the power-ballad is about to make a comeback anytime soon – I think that rap-music IS one of those genres that is going to go through another evolution in the next five years to come. What has been done, has been done…and rap is about to move on & break some innovative and exciting new ground…and right now…if you were to ask me…Rico Jeezus might just be applying for a leadership position in the new movement to come.

From what I read into this music and into the social media of Rico Jeezus…this EP wasn’t made easily. “Written in isolation without the knowledge of friends and family” is a completely BOLD statement to make…one that didn’t have to be mentioned, but was. You have to wonder from a psychological standpoint as to whether or not they tried to prevent him from living out this dream at some point based on that statement alone; it rings of determination and speaks to songs on this EP that HAD to get out.

Dealing largely in the dark, Rico Jeezus has worked in smart samples, incredible rhymes and REAL passion that indeed brings something new to the table. At the CLOSEST…I’d compare him to an artist like Tyga as the EP plays through – that’s another rapper out there right now changing the game up with really clever creations and combinations in styles & sound. You’ll hear that from Rico as well – and for a debut album? Like DAMN! Turn down for whaaaaaaat?

Rico Jeezus puts lyricism at the forefront of “The Phoenix” as the EP begins with a smooth vibe in the music & smoother flow from the vocals. Almost hypnotic, the rhythm & rhymes of Rico are completely complex but metered perfectly; the flow is flawless and delivered with raw emotion. Sounding somewhat distant on this first cut…I don’t think it’s that Rico isn’t into this opening tune – I think it’s much more performance-driven. “The Phoenix” is told from a past-tense point of view; looking back and reflecting on love & life…Rico has been to this story and done it – this is the aftermath and the cold, hard observational facts on what went wrong. It’s effective, low-key as well, which allows this EP to spring to life immediately on the track to follow…

A Misanthropist Heaven takes off supremely over the next few songs. The sample that starts out “Love In Vain” sets a haunting melody and perfect beat for Rico to work his magic over – and believe me when I say that he DOES. The rap on this EP is nothing short of incredible; this might be a debut record for Rico Jeezus, but this is an MC that was born with rhymes in his head just waiting for someone to hand him a microphone to spit them into. “The Island” stands an excellent chance of finding massive success with its incredibly addictive flow and awesome use of a sample from none other than Chris Isaak! Like…say WHAT homie? Somehow…some way…Rico Jeezus just sampled from the world of soft-rock love-songs completely successfully on one of the most dynamic & powerful beats on this EP. If that doesn’t indicate the true-grip of mastery on music I don’t know what does…Rico has taken something as far removed from the genre as musically possible and made it work immaculately – “The Island” is a massive hit with me.

And overall…this is definitely the kind of inventive rap that I’d want to see & hear continue. Again, this is Rico Jeezus’ FIRST EP! If you were to ask me…this is the kind of innovation and skill that needs to be nurtured, encouraged, supported…allowed to let expand and grow to amazingly creative heights. Cause that’s what I believe we’ve got here…we’ve got an MC in Rico Jeezus that should be able to hold the mic with the authority, confidence and knowledge that he belongs out there with the very best of the best.

Like…dude is sooooo good that I bet he didn’t even realize that he created one of the toughest spots for music to even EXIST! Ha! That’s right! And what the fuck do I mean by THAT right? Let me explain… Actually…there’s a music player in here somewhere…you go ahead and check out “Love Lies” on its own if you can…maybe before you even hear the rest of the EP…

‘Cause that’s the only way that song is going to have a chance of becoming memorable for ya. HOLD UP – don’t get me wrong here! I’m not saying it’s a bad song even in the slightest of ways! What I AM saying…is the ol’ ‘good luck to making any song standout in between “The Island” and “Paper Planes.” The surrounding tracks around “Love Lies” musically gangbang this poor track like it’s the unwilling participant holding up the middle of an Eiffel Tower. Lyrically, it’s another great track for Rico…maybe a bit too reliant on the hook when it comes to the simplified chorus but the words in the verse carry this track solidly. Make no mistake about my words – it’s a good song; it just stands no chance whatsoever of standing out between the two amazing tracks surrounding it.

“Paper Planes…” I almost don’t even need to say anything else this song is so damn rhythmically smooth & hypnotically-awesome. Very subtle, old-school beat here…drums and sparse guitar in the sample and all produced so that it’s got that real-record like feel to the way it spins through. It’s a great switch in the energy and mood of the music and another standout for lyrics from Rico Jeezus as he blazes slowly & precisely through this slow-jam rap track. It’s the diversity that A Misanthropist Heaven needed…and so far everything this EP has needed, Rico has completely supplied.

He’s a very smart MC that clearly knows he can change the landscape somewhere within him. It’s almost like he hasn’t been listening to what anyone else has been doing at all and come up with all of this as purely as his imagination can carry him. “Madman” is a perfect example…the sample and beat of this song are at a GENIUS level…once again using something you’d totally never expect to supply the rhythm in the music. The flow of the rap will blow your MIND and easily outdrive your car speeding at top-speed along the highway; you can barely catch Rico on this song! But in a real twist that makes him again standout from the rest – these lyrics come out intense but CLEAR! We’re talking Busta Rhymes speed but actually being able to HEAR the words – how crazy is that? I’m not saying you won’t have to listen to this song 100 times to catch them all…you probably will – but they’re right there on display and crystal clear, delivered completely professionally and perfectly.

To end the EP, Rico brings himself down for a raw emotional-grind in the final song “Stiff Liq & Lust.” Articulately and putting emphasis in all the right places in an inspired, dramatic performance that almost comes out closer to street-poetry and spoken word than rap itself. He does really well when it’s just him and a simple sample – definitely a rapper that understands atmosphere and how to use it, no matter what the BPM is at. “Stiff Liq & Lust” is a fantastic ending to the EP and draws the debut-effort to a total conclusion, leaving you completely satisfied from ear to ear.

Have a listen to Rico Jeezus at Soundcloud here: https://soundcloud.com/rico-jeezus