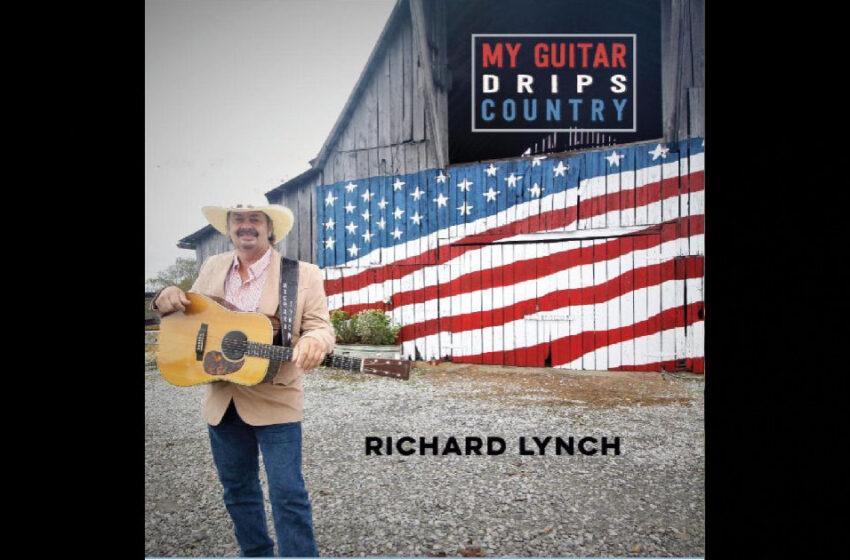 So…yeah…tougher one to call here once again for sure.

Really well-played when it comes right down to it, there’s nothing I’d take away from the new Richard Lynch single in that regard…the musicianship, the vocals…it’s all downright hot stuff for Country when it comes right down to it.  A lively performance can carry a band or an artist one heck of a long way y’all, make no mistake…where there’s passion, there’s people – that’s the reality.  I’ve long maintained that if you’re into what you’re doing, the better chance you stand to have all us listeners just as into it as a result – and I’d imagine that’s gonna be the case when it comes to this here single “Grandpappy.”  Dude should be wildly pleased with the final product here when it comes to the style & sound he’s going for – Richard’s got himself the quintessential Country tune, filled with energy and impressive chops beaming out of this song’s every pore.  Hard to argue against perfection when all’s said & done…ultimately there’s not a hair out of place here when it comes to the execution of this cut from his shiny new album My Guitar Drips Country, and that’s always an accomplishment, no matter what the style or genre is.

In that respect, it really just depends on who ya are and what you’re looking for in the music you listen to from there.  Maybe you’re a Country fan, maybe you’re not – maybe you like flawless performances and bold personalities, and that’s all ya need – or maybe you like a nice loose live show with tons of organic imperfections…maybe you like a tune you can turn up on a Friday night and get your dancin’ shoes on, or maybe you need a song that’s gonna challenge the mind & push the whole realm of music further than ever.  Personal taste and what defines it is the most impossible aspect to tackle when it comes to the art of making music, because theoretically, it’s not something that can be satisfied on a universal level – some folks are gonna like some things, other folks like others for totally different reasons…it’s what turns this whole world of ours around on a daily basis.  For me, “Grandpappy” is an undeniably well-played & performed tune, with a smart concert and clever lyricism that fits the theme – it’s a lot of good things, even if there’s not really a single new thing about it at the core of it all.  So yep, I can listen…heck, I can even enjoy it without being the world’s biggest Country fan by any stretch of the imagination…but yep, I can also acknowledge that “Grandpappy” is gonna end up sounding like a whole bunch of other cuts you’ve heard out there along the way…and Richard’s gonna wanna consider that at some point.  Maybe I’m just a guy that has no idea what he’s talking about – maybe Country music fans out there could pick this guy out of a lineup blindfolded just by listening no problemo – and if that’s the case, right on Richard, keep on keepin’ on.  But in the event that I’m right about the point I’m making here…and Lynch wants to do everything he can to prevent drowning in the sea of sameness, be memorable, and stand out in a way that leads to longevity…there is much work to be done on behalf of his identity within the music.  Right now I’m hearing a high-quality Country song – like I said, I’m never gonna argue against that – the question is, whether or not I’m gonna remember this song next week, and I’m not entirely sure I can answer that as a definitive yes with confidence.  As I’ve said many times here on these pages, it’s really all about what the goals are for any artist or band – some want to build a legacy & recreate the wheel, some just want to turn up those amplifiers and simply rock out for a while – neither are right or wrong, it’s just impossible for anyone outside of the music to know what the intent really is…all we’ve got to go on is the music, and if that’s the case, I’d suspect Richard Lynch would fall into the latter category based on what I’ve heard here.  To me, the genre is far too loaded with a ton of competition for your ear-time out there…and I think an artist like Richard has room still to evolve, grow, and give us that reason to return to him specifically, because his music supplies something that the rest out there can’t – but if that’s not part of his plans or one of his goals, that advice falls on deaf ears, as perhaps so it should in the case that someone wants to just rock right out and supply the people with good times.  Don’t get it twisted – that’s just as valid of a reason to make music as any other, and I’d fight ya tooth & nail to defend that – but as a person that’s sitting here listening to tunes come through his speakers every single day of his life & examining the fabric of their entire DNA as he does…yeah…I probably need a little more outta Richard to keep the name fully fresh in my mind for that next time out.

What I’d be leaning on for sure if I was Lynch, is definitely the vocal aspect…he’s got a stellar voice with a ton of robust tone and character within it…even lyrically, he’s not necessarily on the wrong path here at all…I’m not 100% sure it’s always gonna be the theme everyone wants to reach for every single day, but I’m not opposed to it either…I suppose that leaves the music itself, which, while righteously well-played, is still reminiscent of a lot of what you’ve heard in the Country genre for years & years.  In that respect, tried, tested & true – I’m always fair, and I have no problem at all acknowledging that when something works, and we hear it a whole bunch within a certain style of sound, or timeframe – it still all boils down to the fact that something was attempted, and proven successful.  From there, we experience many that attempt to tweak the recipe or add their own signature element to the sauce – and that’s the part I really feel like I’m missing here I suppose.  No doubt that I enjoyed my time, no doubt that the man & his crew play this with expert precision, professionalism, and passion – I just felt like we need a bit more Richard in Richard’s music to remember Richard the next time Richard shows up is all.  But if you’re listening close…I think you’ll find the pathway forward is right there in the vocals…the man’s got a brilliant voice that is part Country, and already part legend…like the kind of wild, vibrant personality you’d find in an artist as incredible as Jerry Lee Lewis…that’s IN this guy, and you can hear it…and I swear, it wants to come out and take over the microphone when Richard is singing.  So I’m going to bat for the guy…there’s no doubt that he knows his way around his instruments, no doubt that he’s got a full complement of talented studio aces surrounding him as well, and the ability to craft a song that a ton of people out there are gonna wanna turn up…all that stuff checks out, and it’s gonna be good times for the summer whenever you have Lynch come beaming through your stereo.  To me, the only thing he’s got left to conquer is establishing that unmistakable identity…which to be fair, can take a lifetime to achieve, if it’s ever achieved at all.  We’ll see!  Time will tell on that, but he’s got a good tune.

Find out more about Richard Lynch from his official website at:  https://www.richardlynchband.com 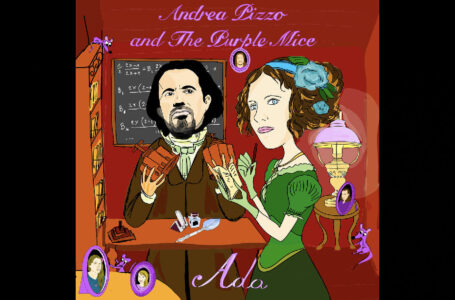