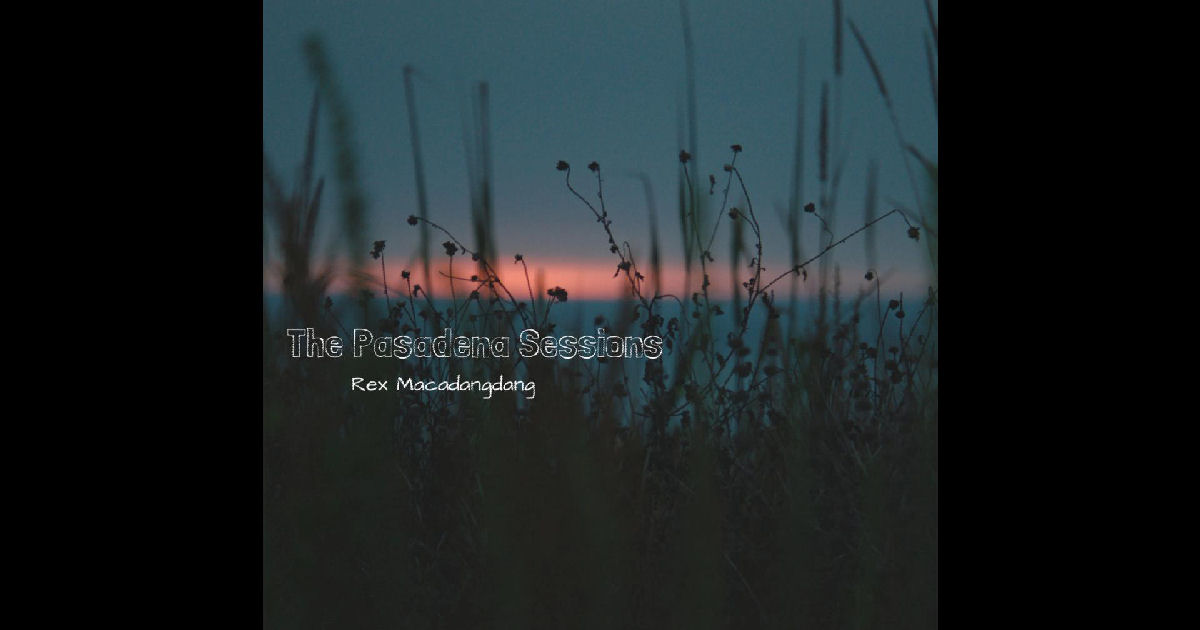 I’ll admit to looking-up just how long it had been since we last heard from singer/songwriter Rex Macadangdang and had him on our pages…which was about two & a half-years ago now when we reviewed his album Cosmic Rainbow.  Sometimes it can be tough to keep the dates straight listening to all these tunes, but to be clear, it’s not like you can forget the name of the main man behind the music!  And just because we might have not heard from him at our corner of the internet doesn’t mean he hasn’t been busy during his time away from us – he has been; Rex Macadangdang pumped out two brand-new singles last year in 2017 and continues to make music videos for artists/bands all around the globe.  As far as I can tell, he’s either working on his own music or someone else’s in some way, shape or form…no matter how you slice it, he’s intensely involved and interacting with the scene on a daily basis still…it’s always awesome to have that kind of musical inspiration land back at our pages, where an artist like Rex Macadangdang truly belongs. 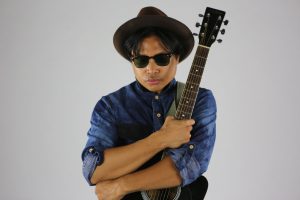 My first reaction to his new EP, The Pasadena Sessions, was that our man Rex has certainly been diving right into that bright & colorful essence of the psychedelic-pop 60’s & 70’s…you can hear the influence on The Beatles immediately as this new record begins with “Beautiful And Amazing.”  The playful piano notes hopping along, the gorgeous background vocals provided by Annie Hardy & Marisa Frantz, combined with Rex’s own sweet vocals and intentions, “Beautiful And Amazing” has a bold & invitational sound to it, welcoming you right in to this next chapter of Macadangdang’s journey as a career musician.  The opening track of The Pasadena Sessions is like an audible celebration of BEING ALIVE…let me tell you straight-up, it’s not possible for a grumpy personality to come up with a song like “Beautiful And Amazing” and I think the song speaks just as much about the man behind the music and how he likely lives his life.  Rex does a great job of dripping honey into the microphone in his own performance, but you gotta give credit to the man for finding two truly talented singers to lend an assist here – Hardy & Frantz sound absolutely incredible and essential in every appearance they make in these new songs.  “Beautiful And Amazing” has a wonderful energy and vibe to start an experience with…it eases you in gently, adding in copious amounts of melody and increasing amounts of musicianship & instrumentation along the way, like the highlight guitar-solo in the middle of the tune before heading back to the main hooks to polish off the first stunning cut of The Pasadena Sessions EP.  People out there always love a lighthearted melody like this…I know I won’t be alone in thinking this is a great start to Rex’s new EP.

Really liked the piano on The Pasadena Sessions, which leads the way once again on the second tune, “Gimme Love.”  With violins from Joni Fuller & cello from Michelle Packman filling-in the atmosphere around Rex perfectly, this second tune shifts gorgeously from the verse to its chorus, keeping the vibe up-tempo and lighthearted while the lyrics dive a bit deeper than you might be expecting from the brightness of its sound.  Rex makes a ton of clever observations in his words and offers up a genuine perspective that you can hear in the songwriting.  I think the hooks of the chorus are likely the strongest you’ll find on the record…and I am absolutely in love with the way they’ve mixed this tune in production; the vocals from Rex are seriously spot-on, but the way that the backing vocals break-through overtop every once in a while as they sing is immaculate as they essentially trade the lead spot in what we hear back & forth, sounding amazing together.  Really clever use of the instrumentation…so many things contribute to the entire song, that really you do have to put in the work to listen and recognize just how much is involved in making all that extraordinary melody & rhythm come vibrantly to life…and when you do, you start to hear things like what pivotal roles the guitar, drums and bass have on “Gimme Love” as well.  Everything plays a strong role in the end results of what we hear on “Gimme Love,” and I’d challenge that’s true of this entire EP as well – the more you dig into it, the more you get out of it.

In many ways, even with its slower pace, the stunning sound & clarity of the production & performance on “Melody” is single-worthy.  I thought they nailed a great ballad here…I continually found myself drifting in my mind along with the music in the best of ways…the kind of hypnotic, relaxing and chill vibe that seems to put your soul at ease…that kind of feeling.  There are incredible moments on the bass that can’t be missed, absolute highlights coming from Cameron Black on the saxophone in multiple spots throughout the song, and those incredible backing-vocals from Annie Hardy breaking through the background and into the spotlight just as perfectly as they have been throughout the record so far.  I’m not going to accuse Rex of KNOWING that this is definitely a single-worthy cut…but I will point out that it’s programmed to be the first song you hear at Bandcamp, rather than start the experience with the very first song on the EP…just sayin.’  OH!  But there was this one other thing that tipped me off about whether or not Rex understood the single-potential of this tune…

And there you have it!  You see?  Rex gets it.  “Melody” is a great choice as a single…by its slow-burning nature, I can’t quite say it’ll set the world on fire exactly, but I can imagine just about everyone that hears this tune will give it the credit its due and the time of day to listen.  To be truthful, after listening to The Pasadena Sessions multiple times over, I could make an argument for any of the songs on this EP to be single-worthy; they all have their own redeeming qualities and captivating hooks that are bound to bring people in to listen…but there’s just something about “Melody” that seems to really feel complete.  Rex is working with a real timeless sound and smooth style on this cut that will certainly connect with the people out there…an audible echo of the sentiment in his own soul that drives him as a musician.  That search and quest for “Melody” in his sound & songwriting…the inclusion of it in all aspects of his own music…I’d say he’s definitely found it here.  Great laidback tune, but also a song that serves a purpose in the lineup as the progression of songs begins to break from its initial lighthearted vibe towards favoring a more matured sound over the course of its second half, starting with “Melody.” 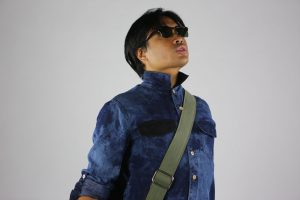 “Walking In The Rain” provides a melodically-intense ending to the new EP and really plays like a perfectly planned conclusion to the set, inviting what I believe sounds like everyone that has played on this record into the mix at some point.  It was a really interesting song to me…in many ways, on a structural & content-level, I felt like there’s a complete argument to be made for “Walking In The Rain” being the EP’s most stellar track overall; there’s a ton of complexity in the arrangement that Macadangdang and his crew of talented cohorts pull off with ease.  They sound awesome on this final cut…but there is also an undeniably more ‘serious’ tone to this last track that also wanders further from the more lighthearted sounds of the record’s opening tunes.  Again, I think that ultimately, it leads to a progression in the way that The Pasadena Sessions plays as a whole EP that really satisfies…but I can also admit to being attached to the innate sweetness you find earlier on in the EP a bit more overall, can’t I?  I don’t want to take anything away from “Walking In The Rain,” because I think it’s truly an exceptional song played exceptionally well…I suppose we just all like what we like best in an artist or band, whatever it may be – and for me, when it comes to Rex’s signature sound full of bright & vivid pop melodies…those were the songs I felt connected most with me.  That make any sense?  “Walking In The Rain” is a perfect conclusion to the set in many ways…it does bring enough of the Rex Macadangdang sincerity along with it to fit right in…it just audibly runs a bit deeper and darker than the other songs by comparison.  Multiple highlights exist here at the end from the impressive guitar & sax solos to the way that Rex himself sings this song confidently with some of his boldest tones and most demanding transitions in his vocals rising to the occasion from part to part.  So…don’t get me wrong…there’s not really any mistakes to be had here as far as I’m concerned, I think Rex has ended this EP on a strong final tune, but I can also understand people identifying with certain elements of an artist’s overall sound more than others as well, that’s only natural.  Some people might hear the end of this EP differently than I do…they might think it drops a little too much of the sweetness we’ve grown attached to throughout the experience in favor of a more matured sound at the end.  But I’d challenge that THIS is what progression in a lineup of four tunes can truly do…even in a shorter playlist, a real artist can still take you somewhere from point A to B…and I felt like Rex proved that here on this record without the effort feeling forced in any way.  From the tender & playful beginnings of “Beautiful And Amazing” to the more serious, straight-ahead rhythm & groove of “Walking In The Rain,” The Pasadena Sessions takes you on a real journey of sound, and that counts for something as far as my ears are concerned. 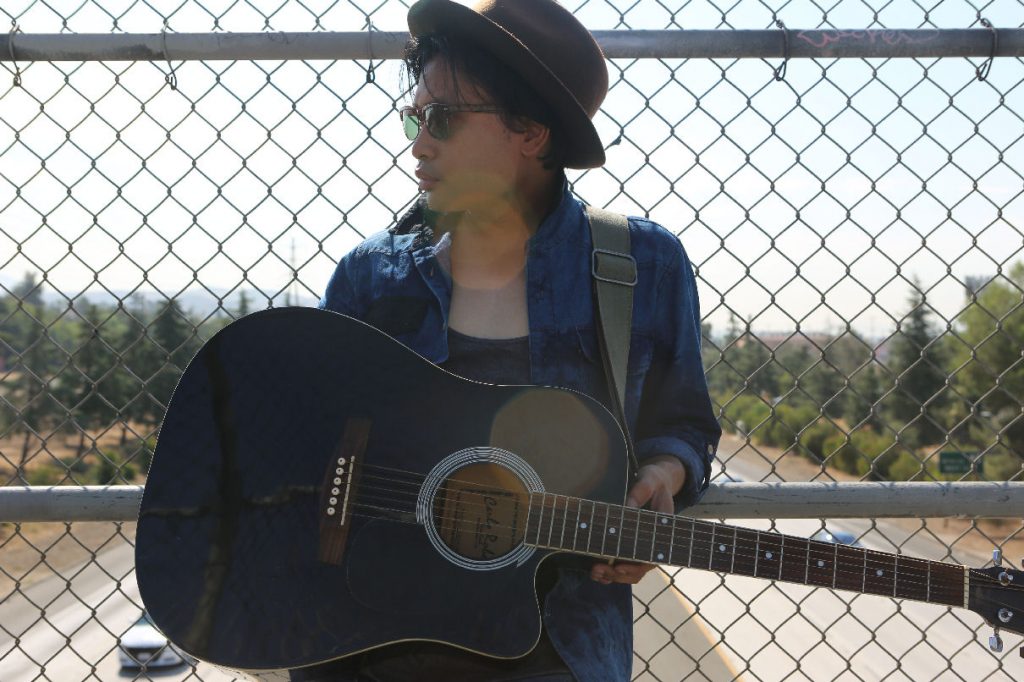 Find out more about Rex Macadangdang at his official pages below!