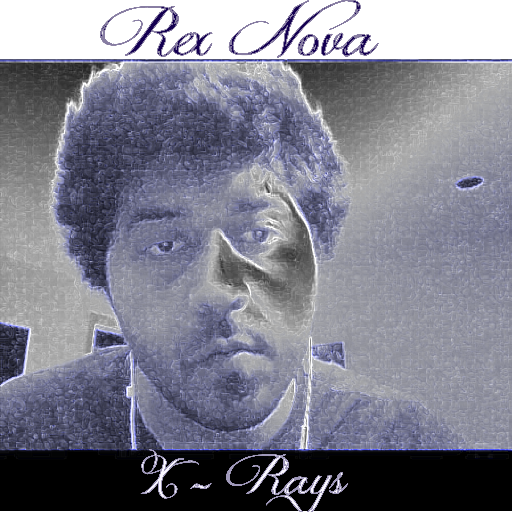 Oh Soundcloud…when will you ever get your shit together? You all know I’m on the site all the time, it’s not like I’m not a fan of what comes out of there…but if I’ve got my choice of there or Bandcamp, you know you’ll find me at the latter every time. Why? Because of ONE tiny, simple, miniscule detail that is a very trivial and simple piece of computer code that they’ve somehow CHOSEN to not add for years. I say ‘chosen’ because clearly it IS a choice…but as to WHY you wouldn’t let any given artist or band better controls for how their lists are displayed, or allow them to upload in any order they want rather than backwards if they want their first songs to actually come up first… I know all this stuff is possible…I’ve seen it done, but man they must make these options tough to get to cause whereas Bandcamp is nothing but beautifully organized all day, Soundcloud can often appear like a mixtape out of control.

All of this plays a role in today’s review, and this might very well be one runaway mixtape coming to us from the mind of RexChicago, aka Rex Nova, aka Raj Hundal, aka the one who never says hello… Alright, I made the very last part of that up – it’s an assumption I made after brief conversation with him…seems to be completely all-business, all the time. As I began to review the album – the link itself disappeared into thin air, and hours later, reappeared, reorganized and without some of the songs I was just checking into. Calling it a night out of sheer frustration of a long, long day here at SBS – I woke up yet again this morning to another brand-new organization of this list!

So it would seem, that RexChicago, is new to the game somewhat. As I’ve mentioned, you always want to put your best foot forward when sending your music out to reviewers around the world – why you wouldn’t, will always be beyond me… Even though we tripped and stumbled through every step of the way through this review – at least the music is up and active, consider me thankful for that. After some research, you’ll also find out that Rex’s X-Rays project is one of an ongoing nature – a never-ending album that will be continually added to…according to him, perhaps DAILY.

That’s beyond ambitious. And so the question instantly becomes – do we want more of this day after day after day? And can Rex put out music with a consistent quality at such a rapid pace? And, consistency is one thing – but is it a consistently GOOD sound that’s captivating and entertaining…one that will make you come back every day for a new song? Those are all good questions…and there’s only one way to find out; do the same as I have, push play at the top of the page and we’ll go through this whole thing in the order it’s currently in, otherwise we’ll all be clicking the mouse & scrolling all over to try to get this in order…thanks Soundcloud!

What I personally noticed right away was that in clicking the top-track on the page, “Holy Salutations,” was that it was listed as ‘new music poetry,’ rather than perhaps rap, hip-hop or electro – all which play a role as well within the music of RexChicago but don’t necessarily define it. This opening track reveals that right away in an electro-pulse that becomes more akin to spoken word rather than a traditional rap. And you know I’ve got love for that…all my first writings were poetry, and I’ve always believed the best hip-hop artists out there are truly poets of our modern day. Between this opening cut and the following “Feel The Math,” you get simplified electro beats that serve a greater purpose; which is to highlight the lyrics and flow of this socially conscious artist.

Potentially the sequential beginning of the actual album, “Intro Melody,” is a sweetly toned piano-piece. As it’s laid out, it might very well jump to the fourth track afterwards, called “Can’t Sleep,” but if the layout on Soundcloud reflects a more accurate idea of how Rex wants it to flow, well, I think he’s made a great call with “Can’t Sleep” following the “Intro Melody.” The excellent synth-line and twinkling melody really make this one a standout early on into the list and really transforms the energy from the “Intro Melody,” into an expanded idea that sounds connected. Again, I can’t say for sure this is how it all rolls out if you bought the album, but right now the sequence is working well for Rex.

“Fck It” is one of my favourites early on as well – I think Rex comes out with a lot more confidence on this cut than the others previously here on this song. Perhaps it’s the intensity of the slow-burning electro backing the beat, but whatever it is it seems that Rex does really well with matching his own energy and tone through his vocals perfectly to the music. I like how he sounds when he’s right up front; “The New Rules,” is another perfect example – he’s confident and clear. Mixing up the tone, clarity and delivery you’d find in an artist like Shwayze with the attitude and swagger of an MC like Kanye, he’s come up with a winner on “The New Rules” lyrically.

Apologies Rex! I had to just take a break in the middle of writing this to answer an important e-mail that had just come through. I put the playlist on pause, and then clicking something in that e-mail took me off the Soundcloud page…can you imagine the HEART ATTACK I nearly just gave myself? I instantly thought to myself…how many ways has this list changed already, and, will I ever be able to find it again?

Came back online to find it all still safe and sound, same order even…and continued on from “Directional Thesis.” A sparse electro-beat, it’s pretty chilled-out for the first minute and a half before Rex finds his way to the microphone. Great tone and delivery in his performance & flow once again…in many ways you can hear the confidence of RexChicago has pulled itself way up from the opening tracks we reviewed at first. “Save You,” the following cut, has another minimalist aspect to the music with a unique melody line that stands out amongst the rest and lyrics that are pretty damn direct. With the exception of the music, the tone & attitude here on “Save You,” is much more like something you’d typically find or expect from Mickey Avalon…so thumbs-up there Rex, sounds good!

“2nd Melody,” much like “Intro Melody” in the sense that, compared to the beats and melodies he’s put his poetry over, sound like they’re the beats that got away. As to how they turned out instrumental when Rex seems to find his way onto any minimalist beat he’s created otherwise, I’m not quite sure. But they do kind of provide chapter-like elements to the music, which can serve a purpose. Case in point, “Funny Ain’t It,” comes out perfectly after this break with an innovative and creative beat and some excellent poetic-verse over top…love the way this short track comes out, great last line delivered with the impact it deserves.

I think it was smart for Rex to not have completely identified his music and career with the mark of ‘rap’ solely. Surely it’s largely rooted in poetically-delivered rap-verse, but asking a fan of Lil’ Wayne or even Lil’ John to come over to accept the beats in tracks like “Went For A Walk Got Lost In The Stars,” or “Nothing Ta ME,” is almost going to be impossible, despite similar lyrical themes. Musically, this is a lot closer to a spoken word album rather than what you’d typically find bumping rumps at the clubs. Nothing wrong with that – just know what you’re getting into…it’s all much more artistic than it is designed for hit-singles. “Final Melody,” of course, similar to the others, and another example of those tones and sounds other rappers don’t seek out or use; something like that can work for, and against him with listening ears…time will tell.

I’d like to know where the guy that steps into the spotlight on “Watchful Eyes Overseas” has been throughout most of this experience! Rex! Dude! Listen to the way you come at this track brother! This is a massive highlight here on X-rays and really brings out the most convincing performance from RexChicago that we’ve been given during what I assume might be the late-stages of the actual albums layout…it’s pretty deep into the page, so I suppose any way you look at it, it hits you pretty late in the game. Great song and great performance though…the kind you really like to hear come along when combined as well as this.

From here…well…from here I don’t really know where we’re going once again…these next tracks are months older, but also completely instrumental. Hell – I don’t even know if the first one of them comes from Rex or not! It’s listed as Violinder with RexChicago beside it, called “Depth,” and produced by JumpinGenres…and it’s also the only one without Rex on its cover. Is that part of X-rays? NO CLUE. It is certainly a standout beat though, excellent atmosphere in the tune…and you CAN find it on Rex’s page, so right on…I consider that part of this experience too now, and a great one. Interesting instrumentation choices and sounds in the electro piece, led by violin…great assembly and great beat.

Afterwards, you’re in for about six ‘Rexstrumentals’ to end the experience…unless you’re reading this review a day later than it’s been posted, in which case who knows how many more songs are up there…but as of this time around, “Wild Calls” begins subtly as this instrumental journey starts up towards the end of your experience with RexChicago.

It was interesting…I have to say. I found many of the beats towards the end, like “Fire Surge” and “Been Around The Worlds” to almost be more dynamic than the beat that he provided with the spoken-word, poetry & rap from before. Many of them possess wildly exotic beats and flavours like “Delve Into It,” so as to what brought him around to a more minimal style, I’m not quite sure. It is largely the direction that rap has shifted into after the release of Yeezus, but at the same time, my ears are telling me that some of these would have gone from good to great quite easily with some of Rex’s excellent vocal work & lyrical ideas.

As it closes with “Rainshine,” a bright, quick and upfront melody, that leads into the final cut on X-rays called “Over The Ri.” A complex piece of electro for the ears to absorb, once the main synth-line pops in it all becomes worth the effort; there’s excellent melody here and another great idea from Rex to close off the album. Overall, RexChicago has made some impressive sounds and songs here on the album and Soundcloud page…despite the layout & organization, like I said, the music is all here and he’s done a great job. RexChicago offers something unique from the alternative and traditional forms of rap and how music comes at us all together…and you gotta have love & respect for that. Pushing the boundaries and offering up innovative creations infused with poetry and passion – RexChicago has got me interested for sure and I’ll be looking forward to seeing how his music continues to evolve over these next years to come.