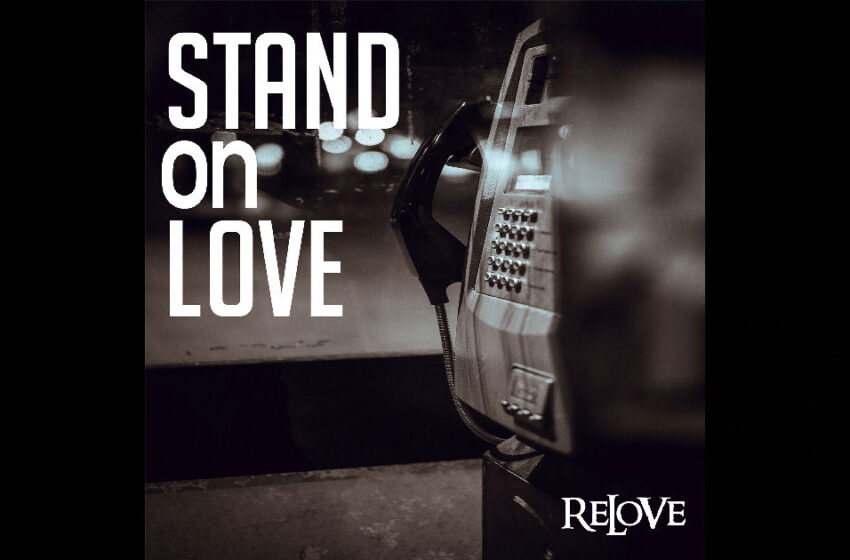 I had a sneaking suspicion back in 2019 last year when reviewing ReLoVe for the first time, that I’d definitely remember them in the future, whenever I might run into them next.  And here we are now, more than a year later & who knows how many bands & artists I’ve listened to in between – it turns out I was right about that after all.  Quite honestly I think it’d actually be tougher to forget ReLoVe than to remember them – the odds are seriously stacked in their favor with the amount of sincerity, passion, & personality in their music…and the mission of positivity they’ve been on is equally unforgettable.  As we always say around these pages of ours, context matters; and that’s a huge factor when listening to the music of ReLoVe…it’s not just about the moment you’re listening to, but their overall message as well.

They’re here to spread cheer…good times & good vibes…through sweet sentiments, pure intentions, and genuine positivity – because fundamentally at their core, that’s what the talented crew at the heart of ReLoVe is all about.  And as I noted last time I reviewed their music in commenting on their single “Fly Away (Anything Is Possible)” – it’s pretty tough to argue against the natural instincts & ambitions of a band like this…to the point where, saying much in opposition of ReLoVe’s purpose, mission, or messages in their songs, would likely say more about us as individuals than it ever would about them, you feel me?  Are you gonna be the one to say, ‘no thanks, I’ve had enough positivity in my life, I’m all good’ or ‘man, 2020 has been such a fantastic year, I couldn’t possibly take even one more second of such greatness’?  No, you’re not – and neither am I.  Look…the facts are the facts – in many ways, the outright positivity in the music of ReLoVe makes them oddly unique in today’s world by comparison to just about everything else – and in that sense, sure, they’re a niche part of the scene in that regard – but it’s this same natural & endearing asset that has earned them a dedicated following & a longstanding career doing what they love to do.  Never underestimate the value of finding the spot where you truly belong, no matter how different it may be from the rest of the scene…the people that go on to discover your tunes & connect to’em will be loyal fans for life, while you get to keep your integrity & make the music you wanna make.

I’m saying it makes a whole lotta sense to me that there are tons of people around the world that dig what ReLoVe does & what they stand for.  They’ve found that place where they belong, and they thrive within it, happily bringing joy to the world through music…it’d be crazy not to respect and admire that.

As for the song itself, “Stand On Love” has already had quite the journey.  Originally released at the end of last year with a black & white version of the video supporting it, ReLoVe has given it a Technicolor refresh and re-released it in 2020.  Not that I’m one to sit here at look at dates for when songs come out & all, but when a cut gets two separate opportunities to make an impression on ya, it’s worth noting.  Plus…it just so happens that, in the world according to YouTube, the full color version of “Stand On Love” was actually released on my birthday this year…so how’s that for some additional synchronicity?  I’ll say this though…ultimately I found I didn’t really have a preference for one over the other or really feel like either had the edge or advantage; in the black & white version, you get that extra release of color in the mix along the way, which adds to the experience in its own way – and of course, full color has the inherent ability to visually connect with more details for the eyes to pick up on.  Doesn’t really matter which version you find yourself choosing, they’ve both got something suitable for the comforting vibes they’ve got flowing throughout “Stand On Love” and its atmospherically-inclined aura of positivity.

“Just remember that I’ve got no choice but to stand on love…”  This line really brought it all home and resonated with me strongly.  Don’t get me wrong, at their core, ReLoVe is all about the good stuff in this life we all share together – but they’re not afraid to address the many hardships that can be experienced along the way in relationships & love either.  What I personally dig about that line perhaps more than any other in this entire song, is that it indicates this kind of sweet surrendering…an honest admission – this is who I am, this is what motivates & drives me, it’s a part of my DNA, and “I’ve got no choice but to stand on love” type-thing, you dig?  “Stand On Love” is a song that’s about fighting for what you believe in, fighting for what you love, and doing everything you can to defend what makes these things special.  Like I’ve been saying all along…you’d have to be a pretty hard-hearted person to battle against ReLoVe – with intentions like they have & the uplifting way they approach their music.  They’ve earned their place & they own their attitude…they’ve got confidence in their messages & musicianship, and so they should.

In a unified display of the balance of strengths within their band, “Stand On Love” really shows what each player brings to ReLoVe, in addition to giving you the full reveal of the complete combination of the band when they’re all together.  You’ve got the personality in drummer Glenn Jost’s playing adding the subtle heartbeat into this track through his percussive rhythms, along with the sincerity he brings to the microphone when he’s singing the lead.  You’ve got the smooth fluid keyboard melodies supplied by Victor Bender, the character & charisma of the guitar from Chris Brennan chiming in along the way, and a wonderful performance from Sonia Harley who practically steals the show from the background of all places!  That’s the thing about stellar personalities…you can’t hide’em…even in a more supporting role type setting, Sonia can’t help but stand out for all the right reasons – listeners will absolutely hear how she adds the extra sweet spark to the verses & magnificently inspired sound to the main hooks of the chorus when singing with Glenn; she’s essential, and together they get the best out of each other.  Notably, while they never hold back, they also don’t give it all away in the first minute either – you’ll notice as you listen to “Stand On Love” that the fireworks from the microphone continue to build from start to finish, and that the largest highlights are the ones they’ll leave you on towards the end in that regard.  Which is of course, a tried, tested, and true style of songwriting – we all love the great reveal.

…just kidding.  There’s no way I’m just wrapping this up without talking about what Hussain Jiffry brings to the bass-lines of “Stand On Love” – we hear you over here my brother!  I mean…look…it’s likely the sweetness at the core of the style/sound/lyricism of ReLoVe that’s going to make the most immediate impression on listeners…chances are, after that, like most artists/bands, ears will flock towards what’s happening in the lead vocals and harmonies.  But AFTER that…when you start digging deeper into what all creates this whole song at its core, and you really start to lock-in and connect to the bass-lines that Hussain is so gently rockin’ throughout “Stand On Love,” you instantly realize he’s the real unsung hero of the rhythm & flow of this tune, a tremendously skilled musician, and a player that knows right where to slide in at the right time.  Here within ReLoVe, he’s as evenly spread out across the mix in production as the rest of the band is, which I dig about them…they’ve all got their own talent, and the way they make their music allows each of them to shine while also maintaining a genuine equality between them that shows real respect for each other.  If you’re listening close though, you’ll hear that just underneath the shiny surface, Hussain’s back there riffin’ it up with slick & sly bass-lines that are truly remarkable.

Throw on those headphones, sit back & have a soul-soothing listen to ReLoVe and absorb the audibly good intentions & spirit of this band on the latest single “Stand On Love” – and proudly stand with them.

Find out more about ReLoVe from their official homepage at:  https://relovemusic.com