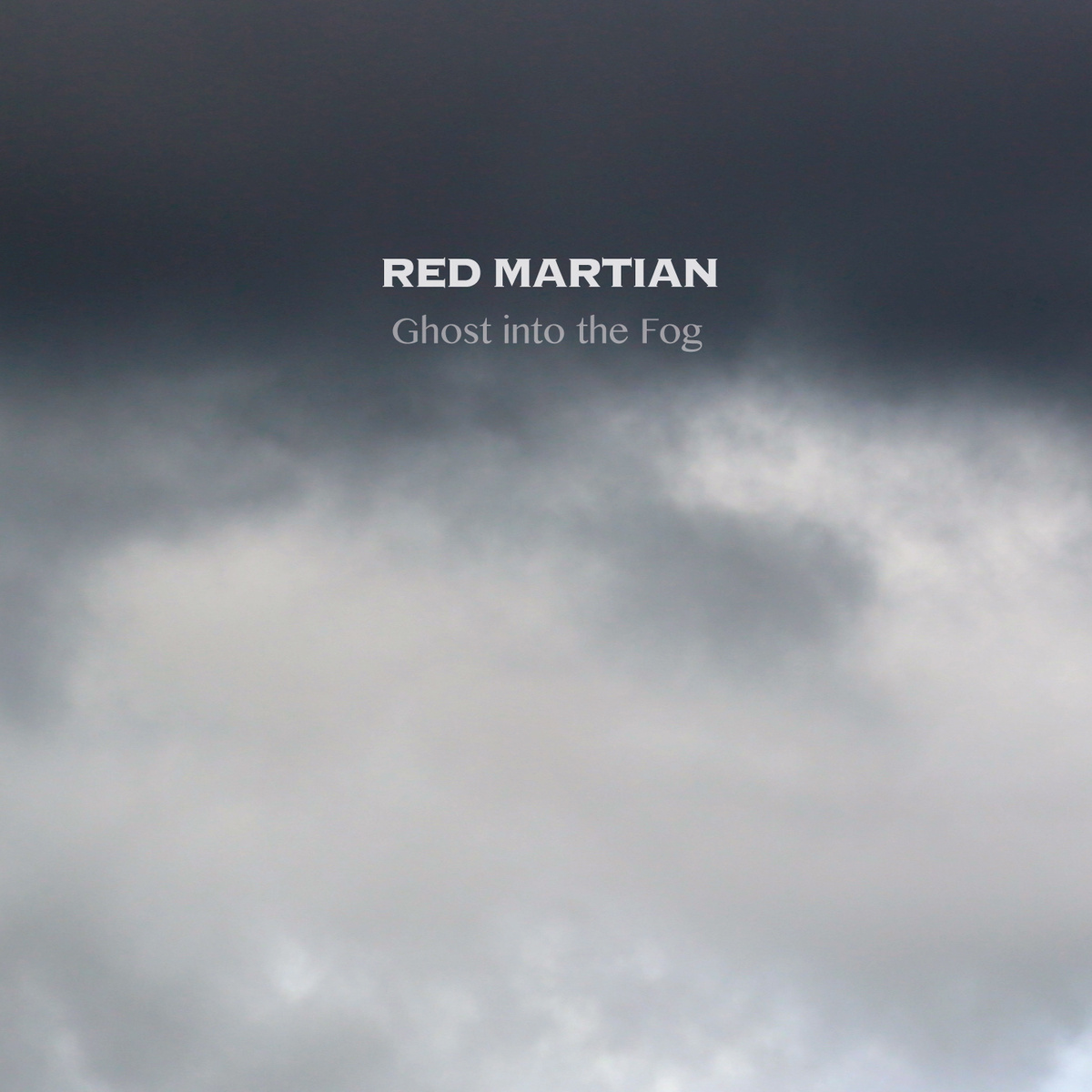 sleepingbagstudios presents the sleek Seattle sound of Seattle 2015!…would be what some sort of attention-grabbing headline would read if we were to dissect these past two-weeks. It seems that while the sound & style has long-shifted past the grunge-heyday it became so well-known for, that the scene itself is still just as vibrant and alive as it ever was. After finding upcoming guests on SBS Live This Week – Lindstrom And The Limit and a one-man musical-army in Qualia – today we’ve stumbled upon another aspect of what’s happening in that beautiful music-mecca right now with Red Martian and their latest album Ghost Into The Fog.

And this thang STARTS enveloped in a thick fog as the album begins with its title-track, “Ghost Into The Fog” – so you gotta love that right off the bat, it already seems like Red Martian has an idea that’s about to be fully-realized upon this album…or at the very least with the production, style and atmosphere surrounding this song we can assume that they can create & bring a full-song to life in every aspect. That seems like an easy thing to say – but you’ll hear the concept of what I’m saying more through comparison to other songs throughout the album; my consensus was that this band has the ability to pretty much create any kind of atmosphere they want to. Remarkably, they all retain a cohesiveness and identifiable sound that is uniquely Red Martian, but they’ve also found an incredible ability to bring in sounds & styles from all aspects of indie from rock, to folk, to punk, to post-punk, to pop & alternative, mixing it up and keeping us captivated throughout Ghost Into The Fog as it changes.

“None” already confirms the suspicion as the sound brightens-up a bit here melody-wise and the rock comes out confidently mixed into this killer-cut. The opening grind and first minute of “None” is freakin’ fantastic – a really wicked psychedelic-indie sound on this one…something ambitious like The Flaming Lips rock out every once in a blue moon. The vocals are solid as hell – it’s a different kind of singer than most are used to in many aspects – but the vocals work incredibly well to support the underlying space-rock feel to a lot of the music of Red Martian. “None” sounds like the kind of song you musicians out there LOVE to play LIVE with all its stuttered-chops and tight-musicianship, and it definitely raises the energy on the album as it surges forward into the pop-punk-rock track “みなぞう.“

Ahh yes. Of course it is. Silly me…like I’d forget how to spell “みなぞう“ anytime soon! I mean…that’s a…a…a…thing that…well it’s something we all know about right? Pfff…like “みなぞう“ is some sort of new concept or something…I mean, c’mon…I got a whole pocketful of “みなぞう…“

Okay…I can admit it…I don’t know what “みなぞう“ actually IS aside from a damn good song. I think you were all probably catching onto that by now anyhow… But from what I gather…through research discovering that this track is also known as “Minazo” – has already brought a lot of attention to the band online with buzz in reviews like this and ‘track of the day’ status in online hotspots like Radio K. As thrashingly-melodic as it gets…I think Red Martian actually shows similarities to bands from back in my day here like Sebadoh or Superchunk…that frantically-intense, melodically-driven indie alt-rock that sounds as sweet as it does distorted.

Carrying that alternative-energy into the following track “Undertow” – I found this isolated & far-away sounding song seemed to really work for me. Mind you…I felt somewhat acclimatized to the sound of Red Martian by this point…I suppose it might not have grabbed me as quickly on the first times through the record, but by the end I found this song almost surprisingly effective. Like a blend of Silversun Pickups, Sonic Youth and early R.E.M. – this song sounds like it was recorded masterfully…the production, style and delivery all sound extremely true to the vision. Much credit to that studio-wizard behind the scenes, Gordon Raphael (The Strokes, Regina Spektor) clearly knows exactly how to get the best out of the artists & bands he’s worked with, and certainly has here with Red Martian. Smartly adapting the sound & atmospheres to reflect the true sentiment & style of the band – each song possesses its own life, mix & idea…and all executed with sharp precision.

One of the BEST examples I can give you regarding the fully-realized magic between Raphael & Red Martian is on “Use Me.” Without taking them too far into the territory of The Strokes, you can still hear that expert hand guiding a track like this along; the vocals are set deep into the fog of the music and break-through at golden-moments for the most part, which allows the music of this band to become bigger, larger, more all-encompassing and surrounding you in the rhythm & sound of a band truly in the flow. “Use Me” is a spectacular song…standout bass-lines in amongst a spacey-melody from the guitars & vocals, drums that keep the intensity of this song driving along perfectly. Accessible, completely catchy and full of hypnotic-hooks – this track will hit the mark dead-on for a great many music-fans out there looking for innovative melodies. Awesome energy to this song…couldn’t get enough of “Use Me.” 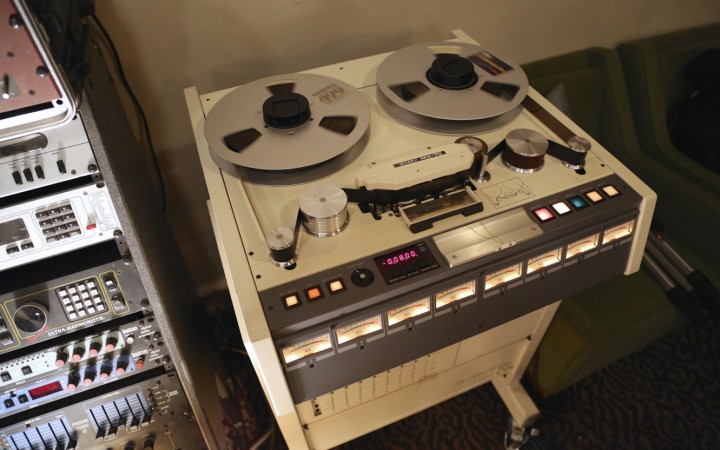 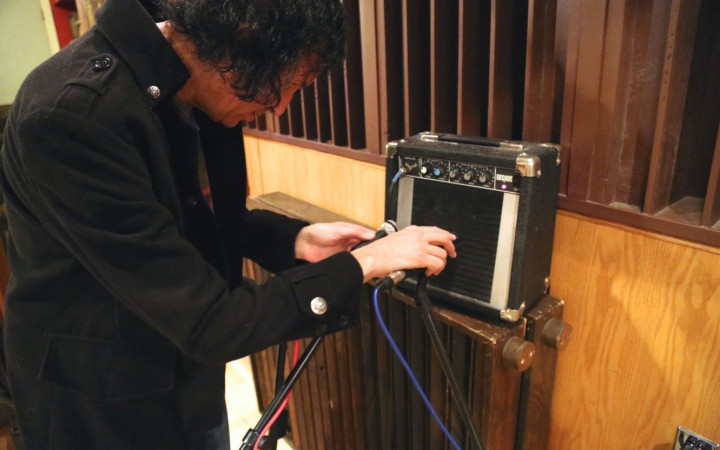 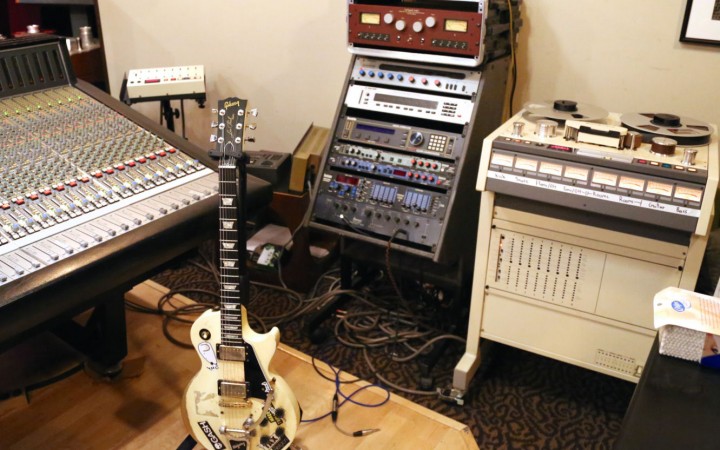 That accessibility of “Use Me” is contrasted by the complexity to follow in “Won’t.” Though “Won’t” has an addictive slow-burning grind to it, these hooks are buried deeper and even the contrast between parts inside the song make this one more of an adventure, but also more of a difficult song for people to follow along with. It feels a little looser overall…still an enjoyable song to me and will be for many, but a tougher one to love. I dig the spaced-out atmosphere of the final minute of “Won’t” quite a bit personally…and I think that rip back into a bright, sunny-sounding verse on the microphone right at the end was a smart choice to make this track different from itself and end in such a fantastic melody that you’ll have to listen to it again just to find out if you really did get it all-along or not. Complex…but cool – give it a shot & see what you think! I think it’s just in a tougher spot…”Use Me” was soooooo damn good – following that song would be tough for any.

“Ingenting” almost starts in a forlorn Smashing Pumpkins-esque guitar-style before it springs to life. I was almost surprised to hear this one change as much as it did from those opening moments…but I suppose it’s always nice to have more than one source of magic in a single song too…certainly no harm in that. From what I gather…it’s a word that’s got a Norwegian origin…and basically refers to nothing…or nothingness…continuing alongside the spacey-feel & hazy layers of the song, style and album. It’s a short break in the energy before one of the highlight moments on Red Martian’s Ghost Into The Fog – the final song, “Ago.”

First of all…the bass-line in this song is fuckin perfect as all-hell. I absolutely loved it, and for a large part of this tune, it carries half of the weight of the melody alongside the vocals, which are impressively smoothed out here in this final performance. Something about this particular performance here really stands out to me from the vocals…I think by the end of this album here, Red Martian has truly found a defining sound for their band. What has been a line-up of intoxicating moments in indie-rock along the entire way throughout; Ghost Into The Fog finds its apex at the very end, just like the climax of the best movie you’ve seen this summer. I cannot express in words just how moving and well-assembled this final tune really is – “Ago” puts the best of the best of Red Martian right there for you to hear in one of the strongest, if not THE strongest moments on the record. Perfectly delivered – this is a highly, highly memorable ending to what has been a fantastic experience all-around. 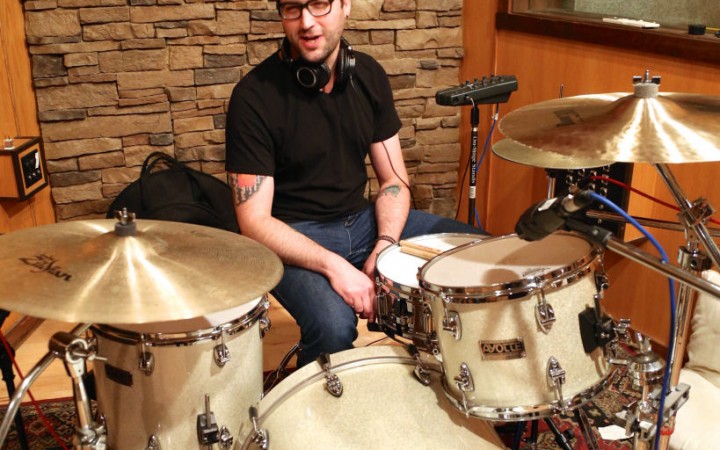 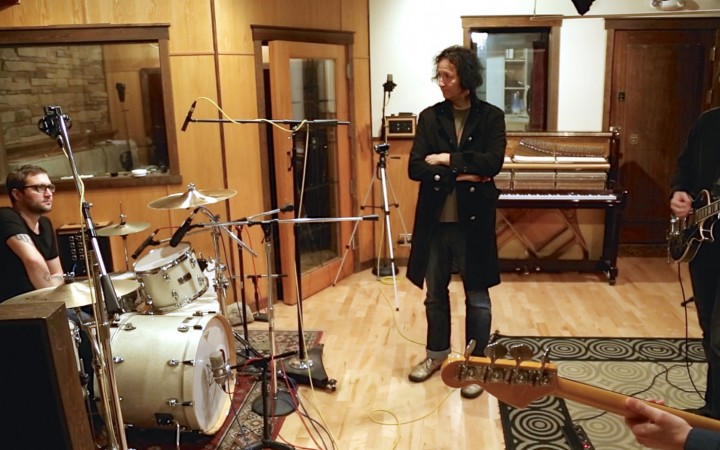 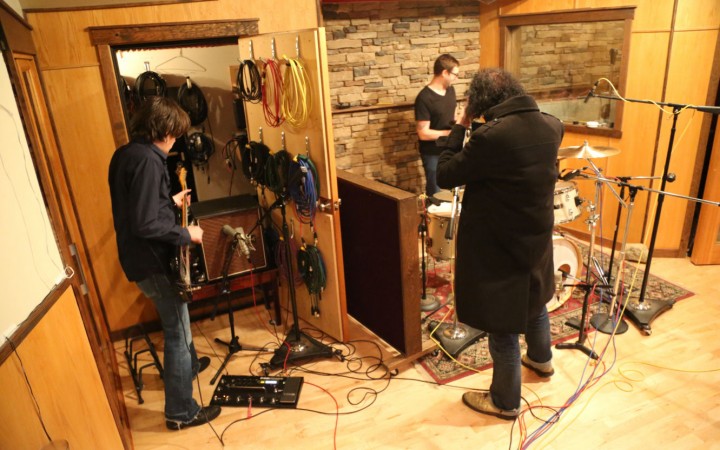 So impressive I’ve decided to slightly delay our upcoming episode of SBS Live This Week by a day or two JUST so I can talk about this band a little more. Like I said…Seattle’s got something incredible going on right now…seems like they always have. I’d say they’re putting something in the water there, but we already know they are – coffee.

Whatever the explanation may be…Red Martian was a wicked find and I’m already looking forward to more. Catch more of my thoughts on the band & their music on the 24th of September when SBS Live This Week returns with episode 035 this Thursday night!

Find out more about Red Martian on your own for now! Check out the official pages here: