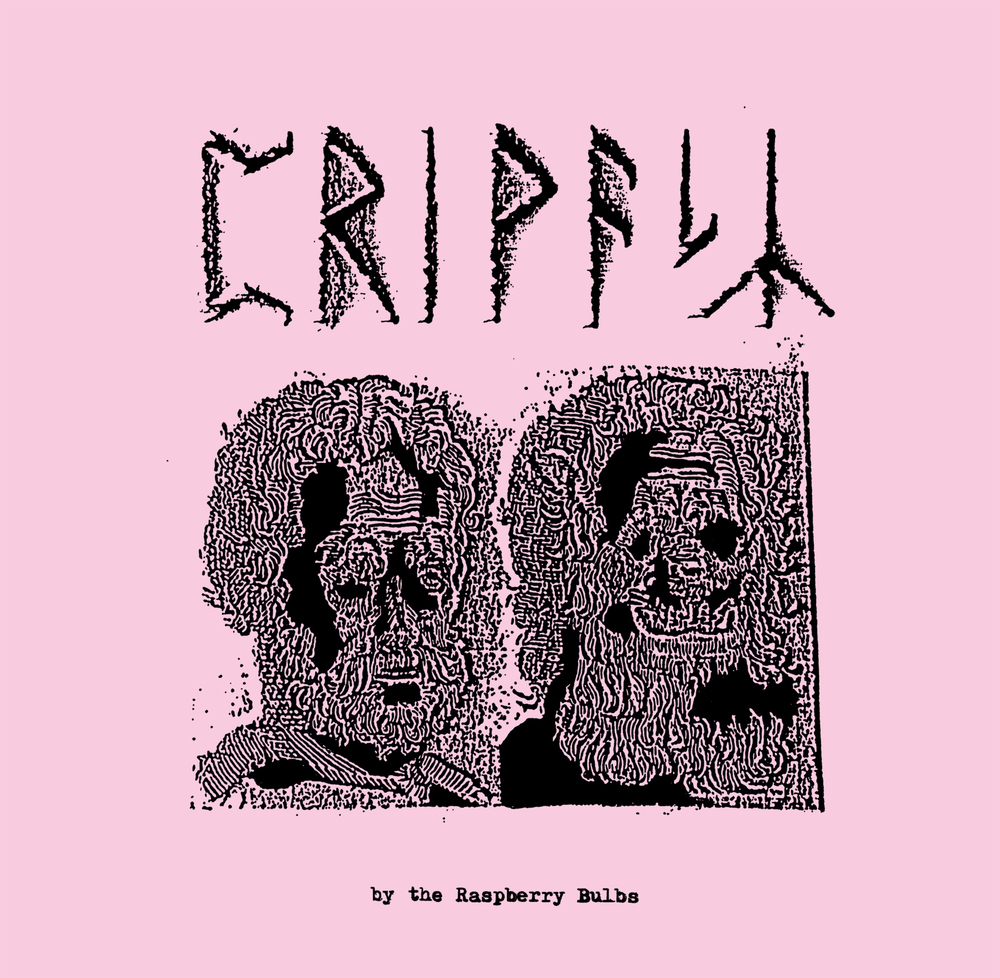 It just doesn’t get any realer than this.

I’ll fully admit…when I started into this album I was INSTANTLY blown away by Raspberry Bulbs and the first track “Lionhead.” Hey, it’s a fuckin solid track…there’s no knocking it as an epic opening; but when you combine that with the speakers being left up too loud from whatever I was listening to the day before…let’s just say I was lucky I was wearing my brown pants…

Through both production and sound, “Lionhead,” comes out clawing and scratching at you instantly. The texture on this track, and the tracks to follow as I’d discover…it’s thick, it’s gritty…it’s REAL as all-hell. With grinding guitars and a perfectly gravel-voiced accompaniment, the intensity of this track would pound out of your speakers even IF the volume was all the way down. What I really dig…is this subtle element of melody that runs deep throughout this track; make no mistake, this is metal with sharp, cutting & jagged hooks.

But I suppose there’s the debate…if you want to partake in it. Is it metal? Is it punk? Is it the sound of raw and bleeding human decay? The genre debate could rage for days…and there’d be no point. After the tranquil transition of “II,” one of the many interludes that glue this album together, you go instantly ripping into what’s completely a cross-genre success, proving there’s literally no point in trying to pin these guys down to a specific sound. “Light Surrounds Me,” is flat out one of the most exciting tracks I’ve heard this year…it’s such a straight-ahead onslaught of sound. Sheer energy all the way through, brilliant use of feedback…what an opening; it sounds like insanity recorded direct-in. And I love it.

“How The Strings Are Pulled,” another superbly aggressive beast of a song, Marco Del Rio just punishes the microphone for everything its worth every single time; the energy is impressive yes, but the consistency in WHAT he’s pulling off is truly astounding. Cause like…I’m imagining tiny pieces of his like, LUNG flying out from his mouth when he’s at a full-rip; the tone is deadly spot on. I’ll say it right here…screaming etc, that’s one thing…making a consistent sound that extreme vocally, with as much control as Del Rio presents each time is just pure mastery. As out of control as this entire album can feel at times, at the dead center of the eye of this storm, is Del Rio, solidly in control of his elements.

The instrumentals range from the sweeter toned “II,” and “IV” to intense guitar freak-outs like on “Nail Biting.” This again, maybe not metal per say, but it’s DAMNED ENTERTAINING! It’s another solid win on Privacy though, really showing the strength in this band with Nicke Forté and Andrew Reuland slaying guitar work on this and any other track you could poke with a stick on this album blindly. Again, huge props to the elements of sound that make this album truly great – it’s the rawness in music like this that really boosts it all that extra 10%. To me, what I can hear aside from a metal-based influence, would be that this is the exact kind of overall production and dark, gritty recording that made albums like Raw Power from Iggy Pop & The Stooges so raw, real and flat out incredible. That back-alley-mayhem feeling is all over Privacy; Raspberry Bulbs aren’t making music to set you at ease in any sense. It certainly doesn’t go anywhere as the next interlude, complete with a haunting spoken-word verse “VII” starts and ends with a chill.

I’d go as far as to say there are certainly elements of psych-rock in here as well. Listening to a track like “Finger Bones,” I personally love the choices of effects and filters that Del Rio constantly uses to create this massive, enveloping vocal sound. Whatever the settings on those studio-controls are, he’s using them perfectly; they enhance the overall sound in incredible ways, but best of all you can still easily hear he’s putting every ounce of himself into these words and their delivery.

I’m considering these next three as a set. “IX,” again breaks this album down beautiful in this loud/quiet controlled-noise-experiment. Cause brace yourselves – “Behind The Glass,” is a heart-stopping fury of intensity and it starts immediately. Many of these songs do, which is exactly what makes these interludes fit so perfectly. You get to take a breath alongside the band before they crank it up yet another notch and start blasting off all over again. “Behind The Glass,” is such a relentless crunch, again, just brilliant guitar work, drums are a definite standout on this cut as well.

Again, I find myself marveling at the incredible consistency in this extremely creative sound. Crashing right into “XI,” good LORD…I mean what I say…it’s like you took your car off the edge of a cliff and the moment “XI” begins is the moment you hit the water…

I’ll fully admit, this is an aggressive style of music you’ll either accept immediately or you just won’t. Though Raspberry Bulbs have honed their style and sound incredibly well and work magic within it, I’m not so sure that repeated listens would convince a non-believer. I’m also 100% sure that music as convincingly authentic and well-made as this…isn’t made for everyone anyhow. And that’s where I find myself loving Privacy the most – it’s absolutely artistic-metal in a sense, polarizing….some people will ‘get it’ and many won’t…and that’s completely A-OK.

“Behind The Glass,” is an incredibly tough act to follow. I dig “Hopelessly Alive,” again especially for the drums…it’s every bit as intense at the rest, but at this point, they’re close to wearing even ME out. The ferocious aspect of Raspberry Bulbs in completely unrelenting…like I said, they’re not setting out to make you comfortable!

“XIII,” the final break…the final calm in the storm before what I’m sure will be one final epic blast…wait a minute….what’s this?

Okay…what a genius move. In a complete, no-argument-here-switch of their style, “Big Grin,” is the most aptly titled song of my year. I’m assuming it’s titled so, because they effortlessly drift into this incredibly rhythmic bass-led track, a complete groove…slowed down and completely engaging…but almost, dare I say…straight and narrow? I’m thinking “Big Grin” has a lot to do with the fact this band clearly oozes talent and could go in literally any direction at any time…they could easily write a hit song with a groove like this on display.

And they CHOOSE to dirty the hell out of this track, as Del Rio coughs up the final pieces of his lung on this final track. They could have made it easy on us, at any point with a simple nod and a 4/4 progression…Raspberry Bulbs have gone completely off in pursuit of their own unique artistic vision for how these sounds are supposed to be shaped and remain true to their style from moment one to its screamingly intense end.

I honestly wouldn’t have thought this would have been something I latched onto as much as I have here, but the absolute raw, menacing & dangerous, gritty feel to this album and the electrified magic that’s truly on display here is a massive highlight and powerhouse album in whatever genre you feel this belongs to.