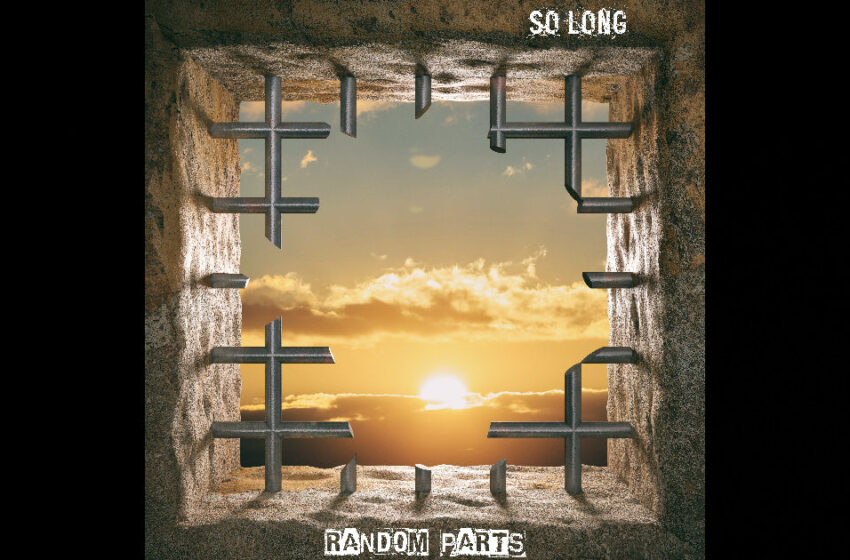 Random Parts…didn’t you just get here?  You can’t say goodbye before you say hello, can you?

Proudly represented by Welton St. Records – Random Parts is actually a band that houses two significant talents that we’ve covered here many times throughout the year – you’d find much of the music reviewed under the name of Brannon, quite often the combination of songwriter Jonathan Brannon & artist David Cagle collaborating together.  “Old me is gone” as JB will explain in the details of the brand-new single from the rebranded duo – now it’s about what they can achieve on a unified front together.

What I really dig is the vibrant power & punch this song has from start to finish.  From its countdown opening leading to fired-up & inspired musicianship that instantly seeks to ignite your speakers ablaze with scorching hot guitars, to the perfect tone & energy David brings to the words as he sings them – “So Long” stands a fantastic chance of standing out strong through its relentlessly bold sound.  Big drums and stellar harmonies hit you quick as the song begins – but man, those guitars really do pack in all the right tone and crunch to remain the consistent standout when it comes to the instrumentation.  When it comes to production & performance…we know full well from the past that these two never settle for anything less than the very best from what we’ve heard in Brannon’s music throughout the years now – there was certainly no reason to expect that standard to drop, and it definitely hasn’t.  “So Long” has a great mix from the subtle shakers in your speakers to the radiantly vibrant & intense melody they’ve put right there upon the surface – and dare I say, there’s actually a bit of Funk at this song’s core too…it’s not the defining quality, but also kinda – it’s the kind of performance that tells ya they’re feelin’ the grooves they’re laying down, and embracing that spirit of Rock as they rip their way through this cut.  The thunderous drums give those incredible guitar tones a solid run for their money…but then you get that exquisite solo that probably ensures the guitars still steal the show overall…but then like, you gotta acknowledge that the rumble & steady precision of the bass-lines kinda secure the whole victory by being so reliable…and then there’s the whole fact that the vocals never let up on getting the best outta David into the microphone…I mean, there’s a lot to consider; so much so that it TOTALLY warrants this massive run-on sentence I’ve crafted here, if I do say so myself.  I’m being real with ya though, you can expect Random Parts to always bring it to their music competently and capably – that’s fully guaranteed. 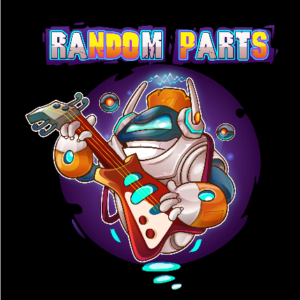 So here’s where the rubber meets the road, right?  No band just steps outta the gate completely bulletproof without somewhere to go from the first moment forward, yes?  I’m honestly of two-minds about it really.  On a technical level…I don’t hear any issues at all with these guys going out there to conquer the scene with the Random Parts they’ve already got between DC & JB – that’s already an all-star lineup that ensures their recipe for quality execution, professional production, and stellar sound.  I’m reading the bio…and I find myself wanting to somehow push back on the Grunge comparison…but if I’m being truthful, that’d be completely unfair to do – it IS a valid reference to the music you’d hear in a song like “So Long” and the sound of Random Parts as it has currently come out for us.  BUT!  That’s right, a big ol’ BUT in there…to me, it’s a very specific part of the Grunge-era, one that arguably caught the genre in its earliest twists & transitions out of the 80s Rock vibes and into the 90s, like you’d find throughout something like the first Alice In Chains full-length record, Facelift.  Retroactively, as that band would seep into Dirt and their self-titled album amidst the heyday of the Grunge years, we naturally think about a record like Facelift to be what we consider & know AIC to have become – Grunge – but if we’re being objective, that lineup of songs has every bit as much in common with Guns & Roses as it would with Soundgarden & the rest at that time.  So in a way…”So Long” reaches back to right around that time where Grunge was sorting out how to even BE Grunge, while it still borrowed & leaned heavily on Rock of all kinds from the Blues to the hard-stuff – but that being said, it’s also a style/sound that really forms the basis of a ton of the Alt-Rock to follow as well, which opens the door for Random Parts even further.  Essentially, with a hybrid sound that bridges gaps like they’ve got…one that also has the room & potential to expand in any direction it chooses to…the possibilities are endless for where they could take their music in the future; and with the talents inherent to this duo, they’ll crush whatever they put their minds to.  I’ve got all the confidence in these two, and I like what I hear already so far on this first cut from Random Parts – “So Long” is ALIVE with inspired sound that pours outta the pores of your speakers & immediately confirms that these two dudes ain’t messin’ around – they’re bringin’ it, 100%, with everything they’ve got.

Find out more about Random Parts from their official site at:  https://therandomparts.com